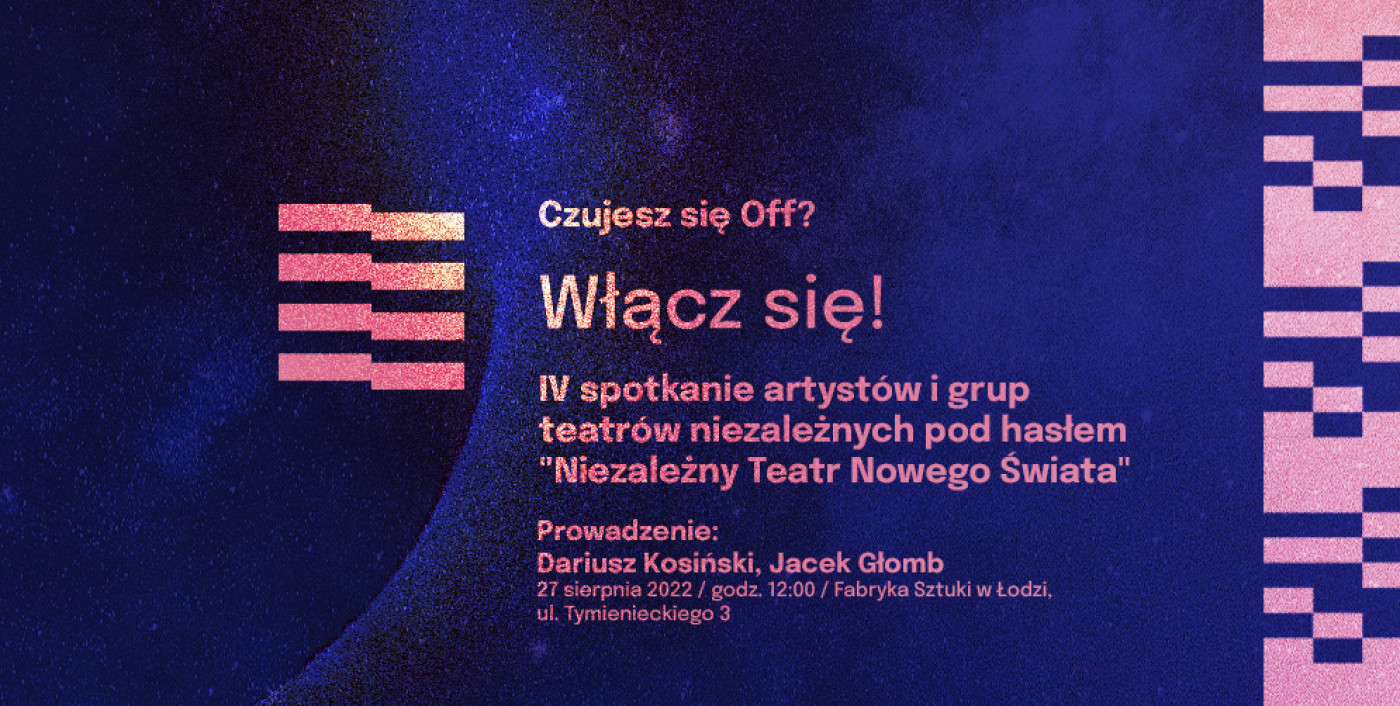 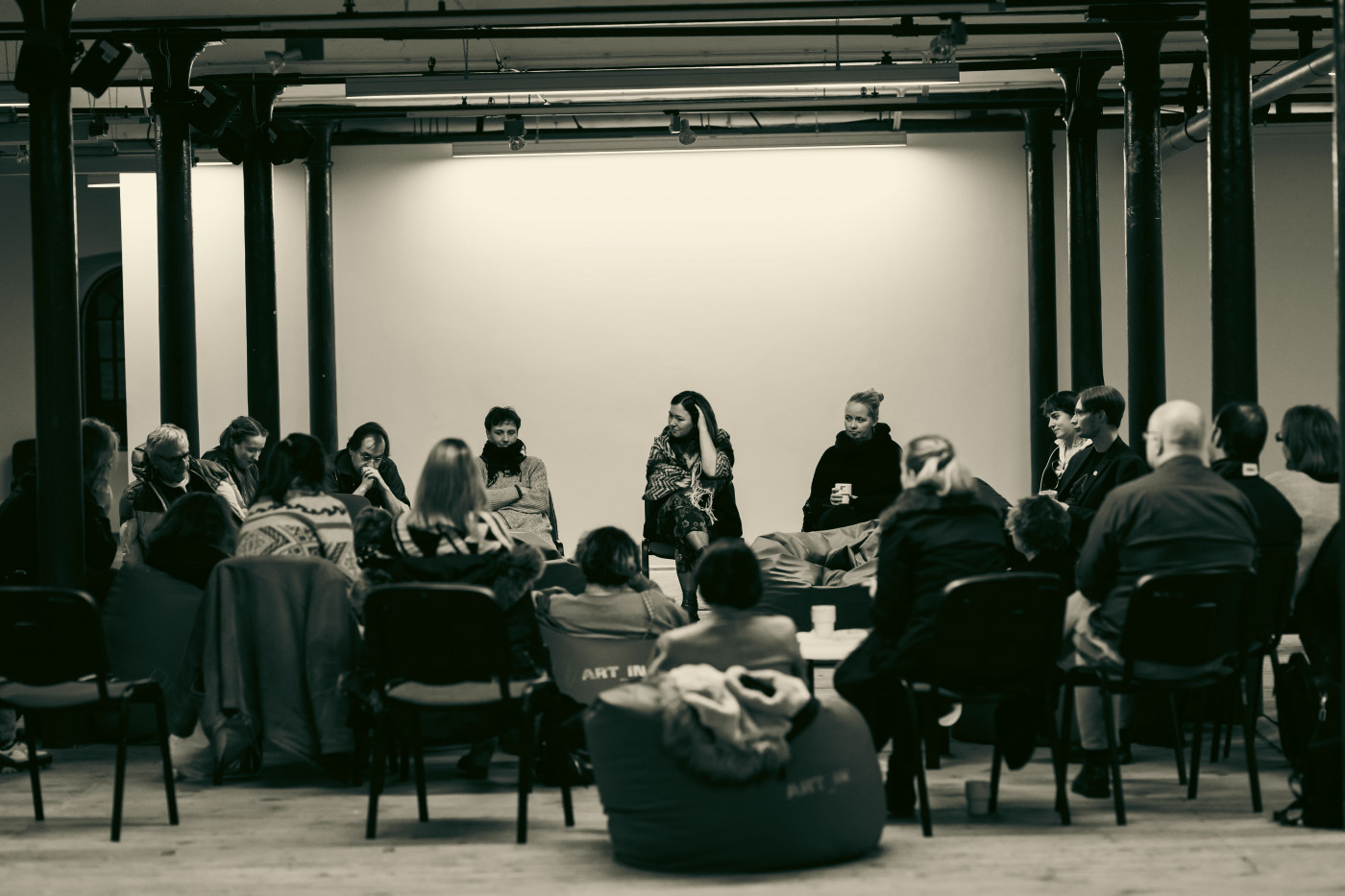 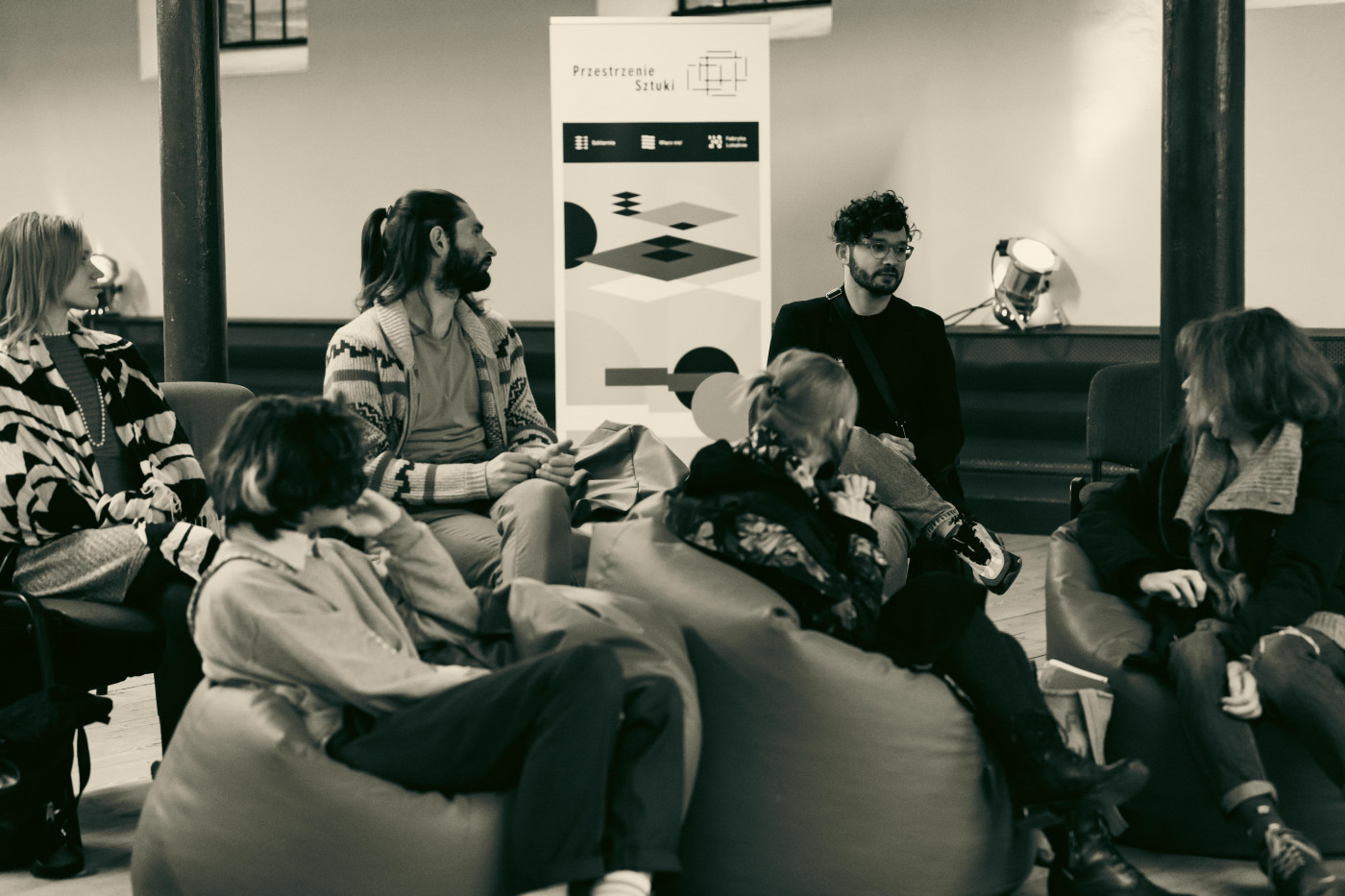 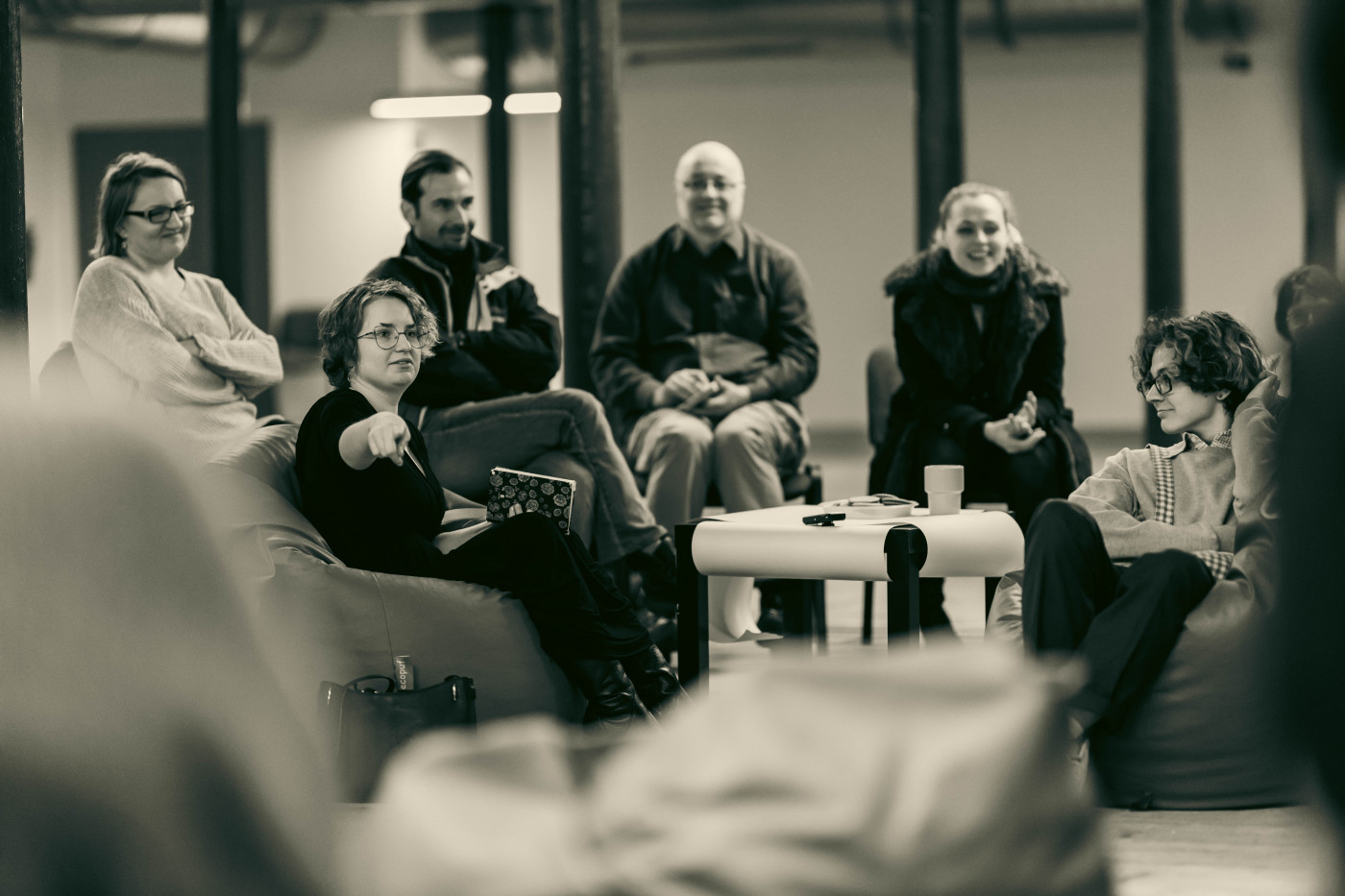 Meeting will be held in Polish

DESCRIPTION OF THE EVENT:

The conversation with prof. Dariusz Kosiński and Jacek Głomb around the book “Życie niedokończone” will be the starting point of the meeting. While talking about the experience, courage and great wisdom with which Lech Raczak created his theatre years ago, we will try to find in its history an inspiration to pose important questions through the theatre and build a new strong theatre community today. The topic of the upcoming meeting will be "the theatre of the new world", as a challenge that the creators of engaged theatre will now face. During the discussion, we will focus on the current challenges related to creating and building a theatre community. We hope that the next meeting is an opportunity to share experiences and will inspire the creators gathered around "Join in!".

"Join in!" is an initiative created as part of the Przestrzenie Sztuki w Łodzi / Art Spaces in Łódź Project, the operator and partner of which are the Art Factory and CHOREA Theatre in Łódź. "Join in!" - its task is to network independent theatre artists in the region of Łódź, educate them and strengthen them through the proposed workshops and joint initiatives. So far, we have managed to organize three meetings of independent theatres, two nationwide and one regional. Despite that, we are constantly collecting a database of contacts of independent artists in the region and we have created a group that facilitates the exchange of information between artists.

Periodic meetings are designed to facilitate establishing contacts between artists, and enable the exchange of experiences and resources. “Join in!” - tries to respond to the needs of independent theatre artists community by providing a platform for their networking. Its task is to support and implement new initiatives and activities for the development of the independent theatre community. It supervises the flow of information about events in the region, organizes thematic discussion panels and offers substantive workshops on practice and organization for theatre groups.

INFORMATION ABOUT THE PARTICIPANTS:

Dariusz Kosiński - professor in the Department of Performatics at the Faculty of Polish Studies of the Jagiellonian University in Kraków. He dealt with the history and theory of the performing arts in the 19th century. He has been engaged in research on the peculiarities of the Polish theatrical and performance traditions, which he has written about in the books: "Polski teatr przemiany" (Wrocław, 2007) and the author’s synopsis of the Polish performances: "Teatra polskie. Historie" (Warsaw, 2010). The latter was awarded with Rev. Professor J. Tischner Znak Hestia Award in 2011 and J.Giedroyc Award in 2012. The performance was published in German, Chinese and Russian translations. Currently, he is developing the research analysis of contemporary social performances and dramas, including the ones related to Smoleńsk air disaster; "Polish Theatres. The Year of the Catastrophe" (Warsaw, 2012). A kind of summary of his way of understanding and practicing performatics are to be found in his book "Performatyka. W(y)prowadzenie” (Kraków, 2016). A separate subject of his interests is the work and ideas of Jerzy Grotowski. Between 2010 and 2013 he was programme director of the J. Grotowski Institute in Wrocław. Kosiński was the part of the editorial team of Grotowski’s "Collected Texts" (Warsaw, 2012). He is also the author of the popular biography of the artist: "Grotowski. The Guide" (Warsaw, 2009). He also published two monographs on Grotowski’s early performances: "Grotowski. Profanacje" (Wrocław, 2015) and "Farsy-misteria" (Wrocław, 2018). Moreover, Kosiński was involved in the drama interpretation; in "Sceny z życia dramatu" (Kraków, 2004). Together with Ireneusz Guszpit, he prepared editions of Juliusz Ostewa’s theatrical writings ("Przez teatr-poza teatr" Krakow, 2004, "Antygona, Hamlet, Tobiasz…" Kraków, 2007). In 2014 he was deputy director of the Zbigniew Raszewki Theatre Institute in Warsaw. Since the same year, together with Wojciech Dudzik he has been holding the position of editor-in-chief of the Online Polish Theatre Encyclopedia. He is a member of the editorial board of The Polish Theatre Journal, since 2016 he has been editor-in-chief of the "Performer" magazine (which he had founded himself back in 2011). Since autumn 2016, he has been working as a theatre critic and journalist with "Tygodnik Powszechny”.

Jacek Głomb - theater and film director, since 1994 director of the Modrzejewska Theater in Legnica. As an artist, he refers to the traditions of Polish alternative scenes of the 1970s, considering talking to contemporary people about contemporary problems as the most important. His theater is rebellious, politically and socially engaged, often staged in unconventional, physically and culturally degraded venues. Vice-president of the board of the Employers' Union - Union of Polish Theaters. Social activist, active in activating and supporting local communities. Founder of the „Fixing the World” Foundation. For his activities, incl. for the benefit of national minorities, he received the European Citizens' Award. He was appreciated many times as a director. Laureate of the Konrad Swinarski for directing „Ballada o Zakaczawiu”. Four of his productions were transferred to television, for which he also made the musical Polish Flowers. In 2008, he made the feature film „Operation Danube”, the world premiere of which took place at the festival in Karlovy Vary. Author of a biographical book about Jan Bielatowicz - an émigré writer from Tarnów - „Zielony Jasiek”. Together with Krzysztof Kopka and Maciej Kowalewski, he wrote „Ballade about Zakaczawiu” - one of the districts of Legnica. In January of this year, the book, „Życie niedokończone” [Life Unfinished] Jacek Głomb talked to Lech Raczak.