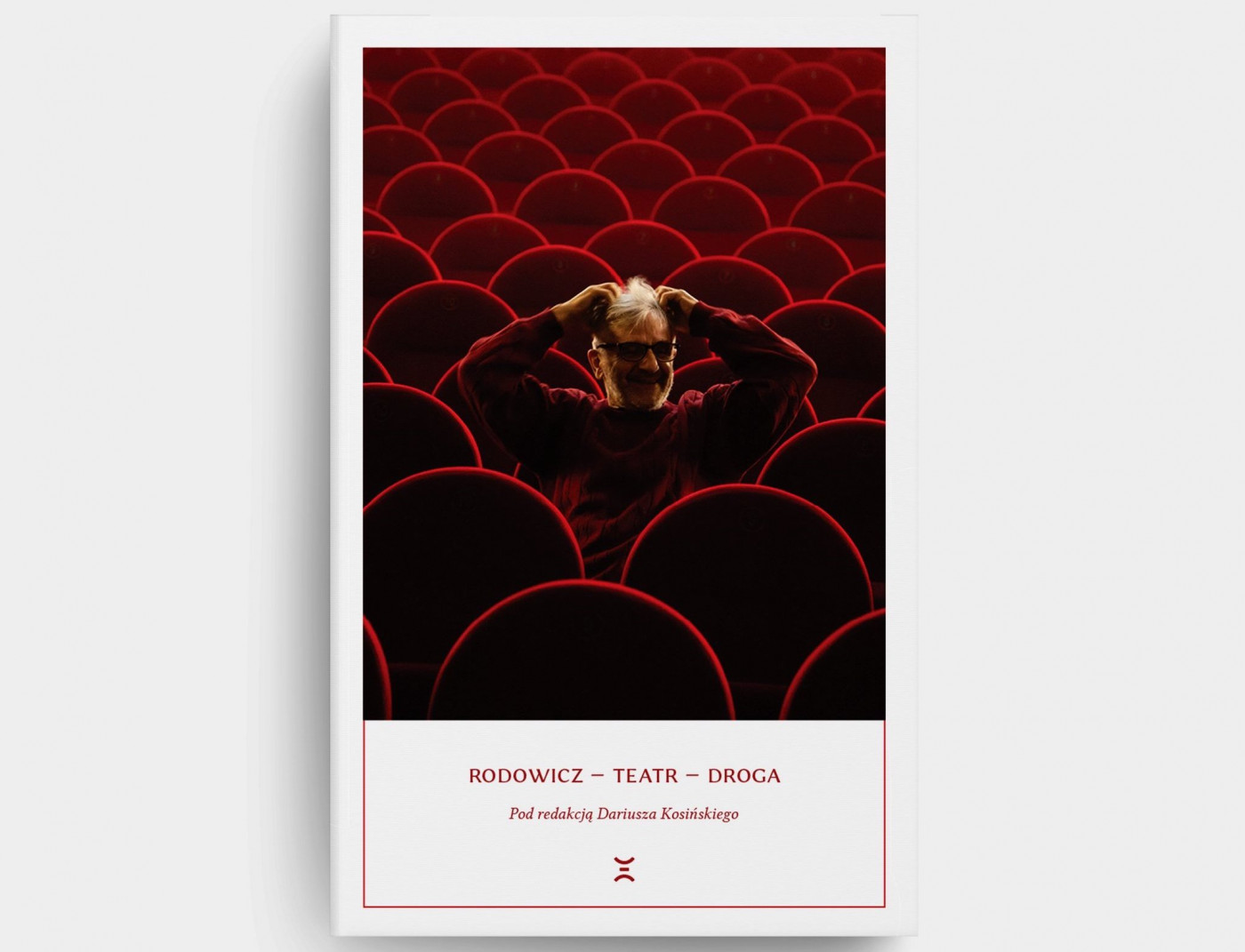 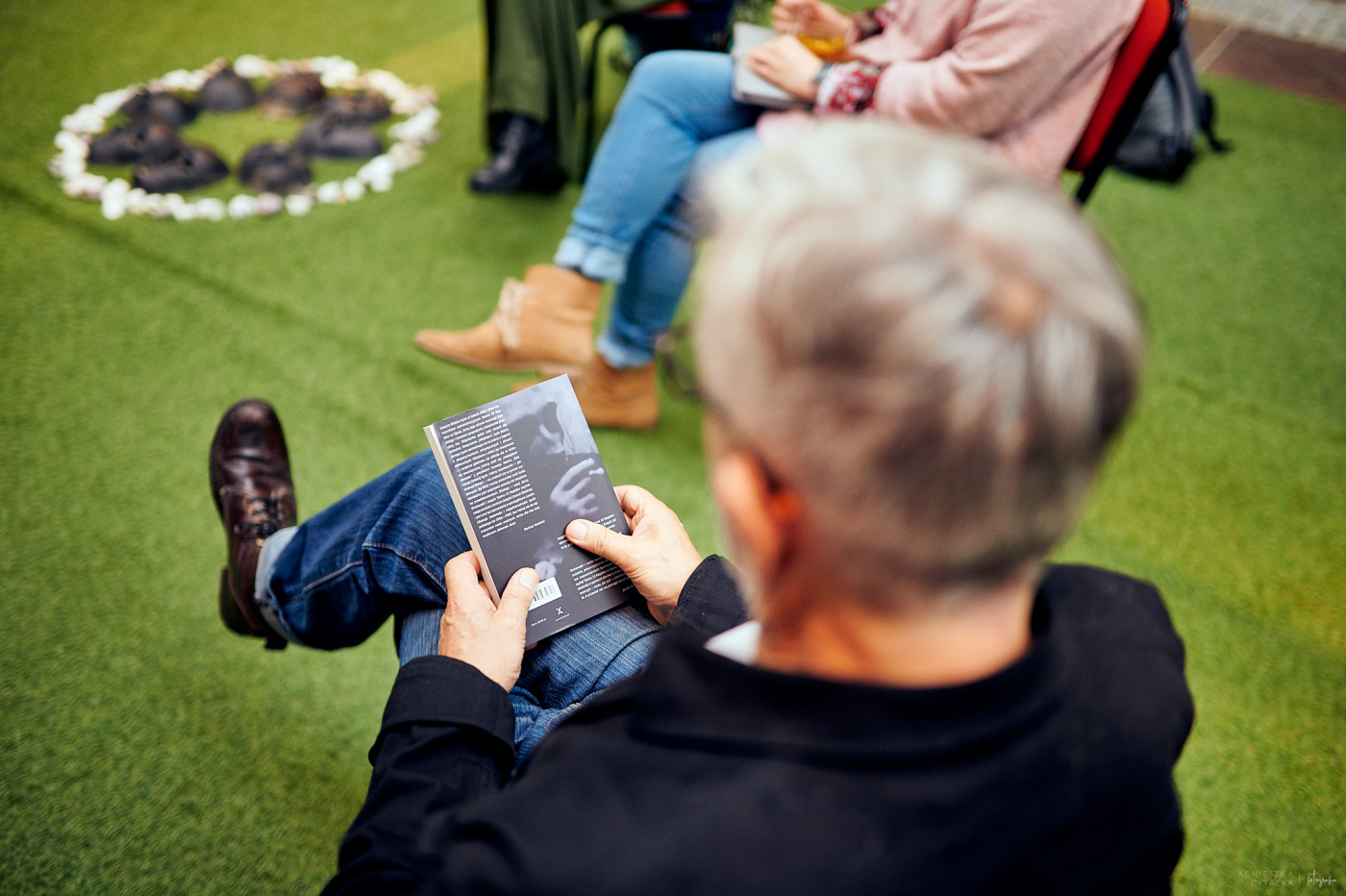 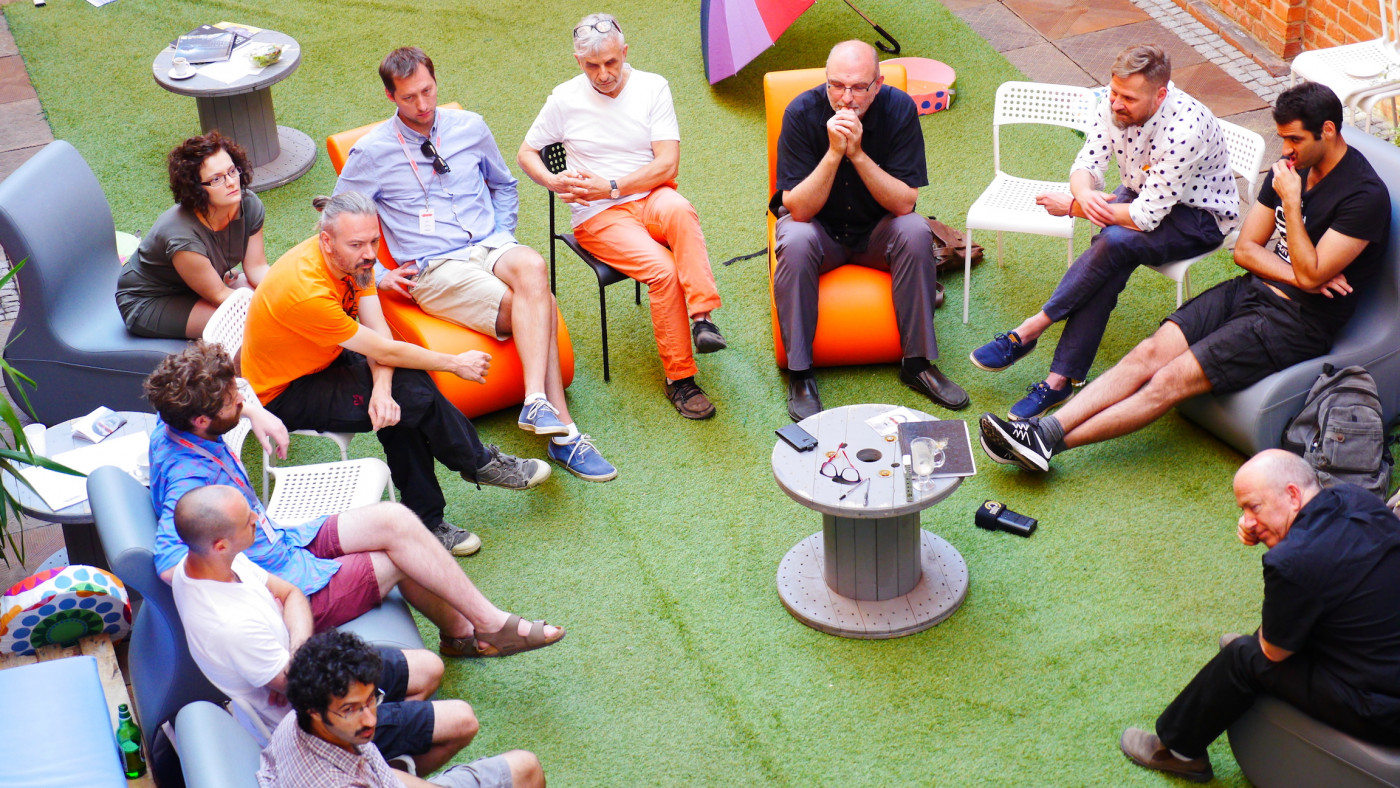 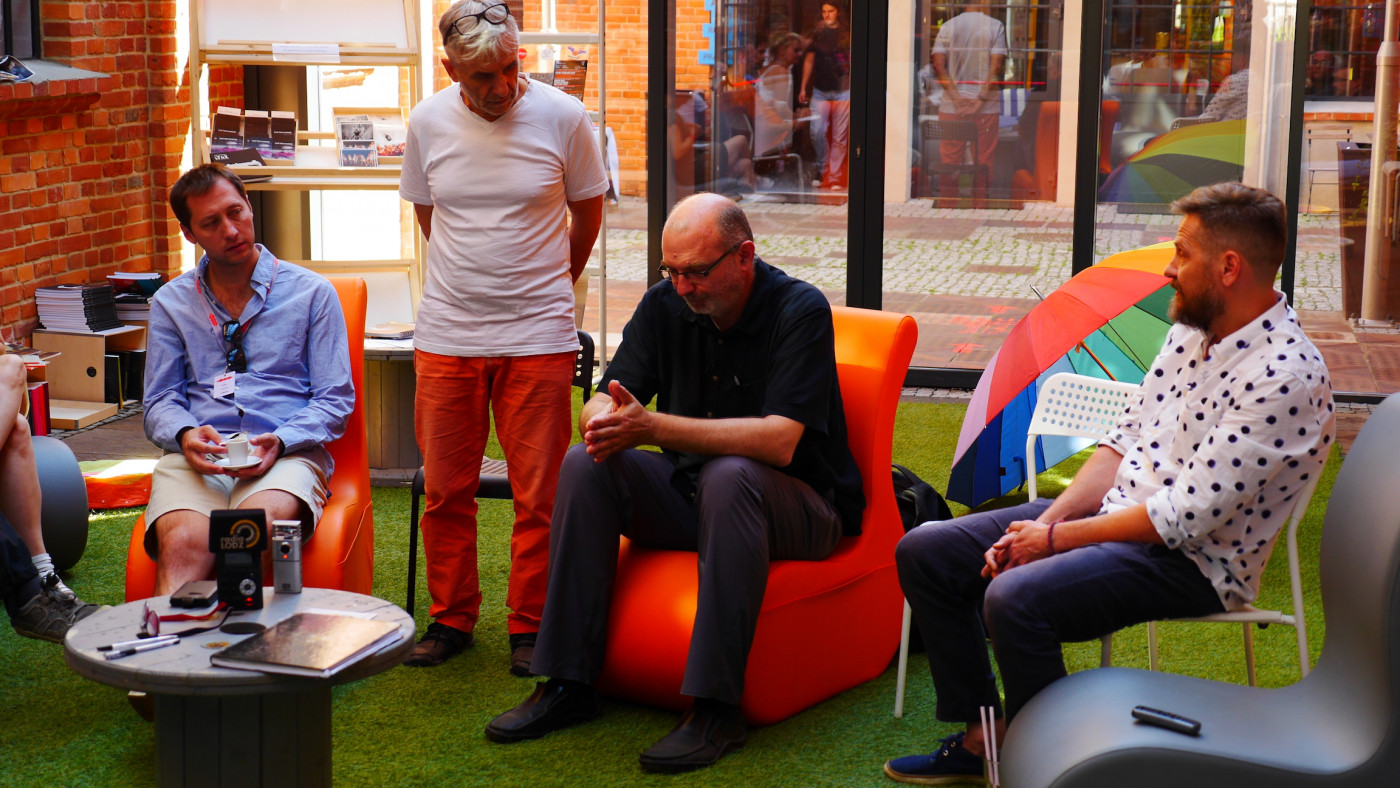 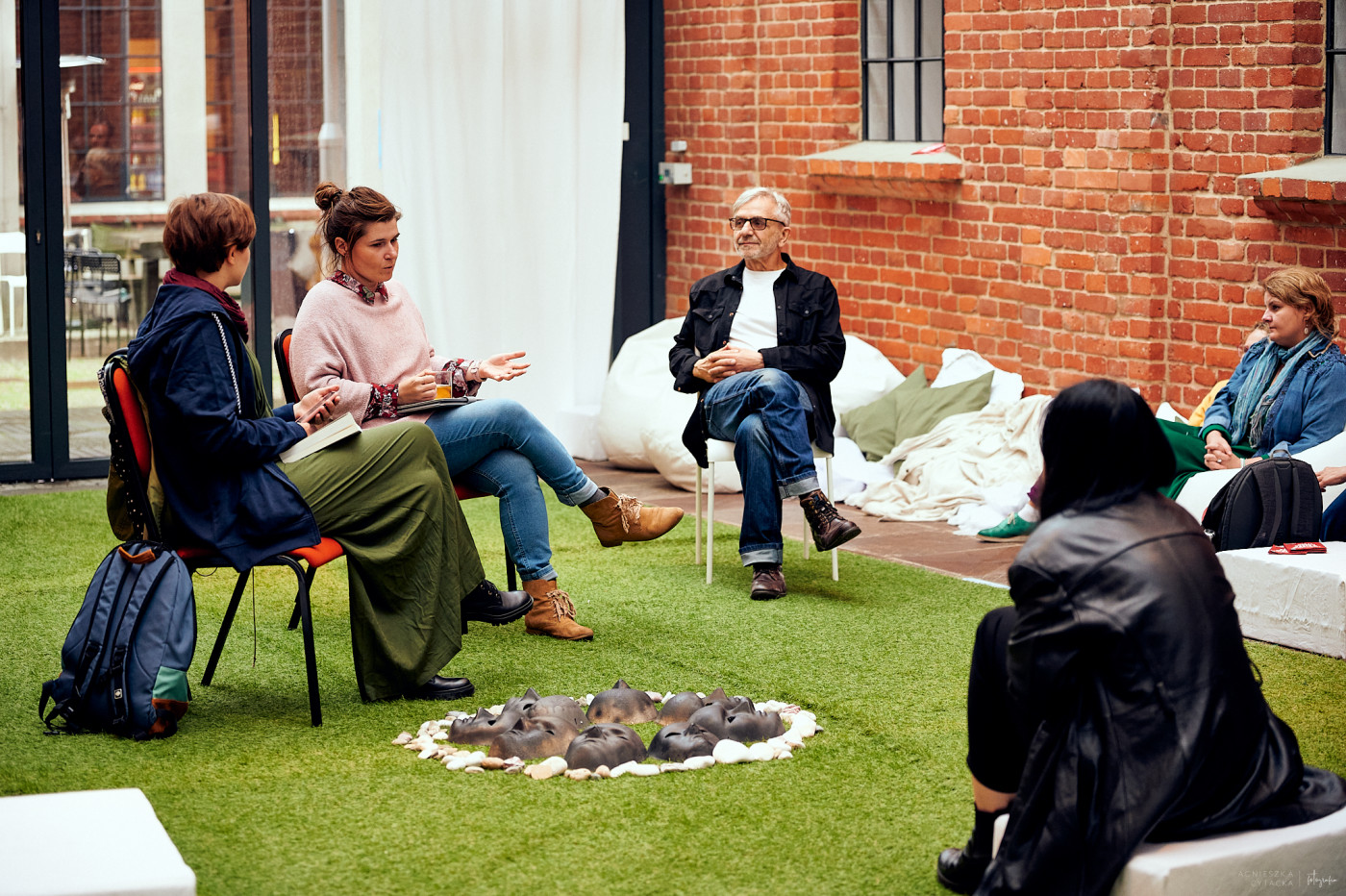 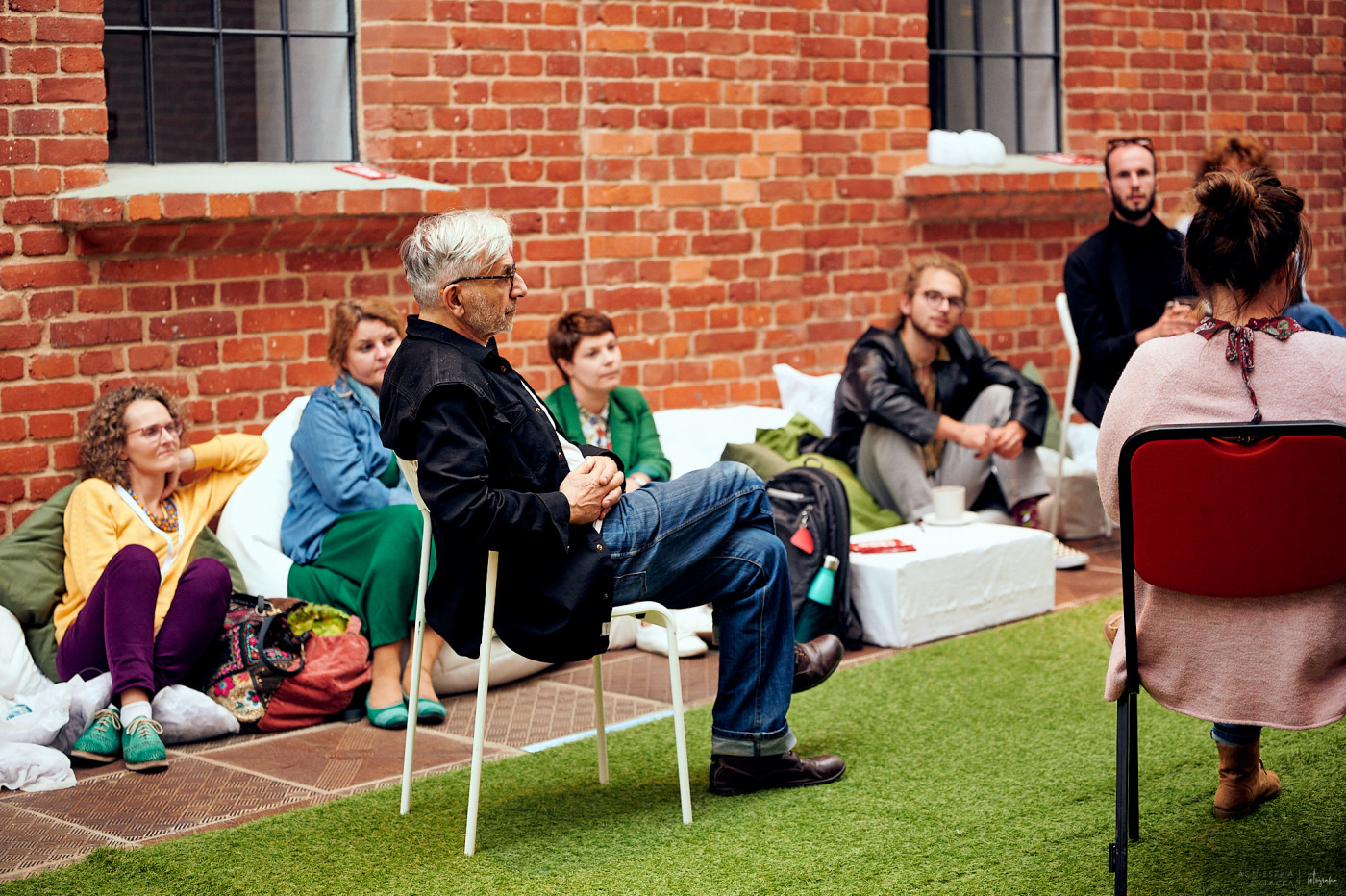 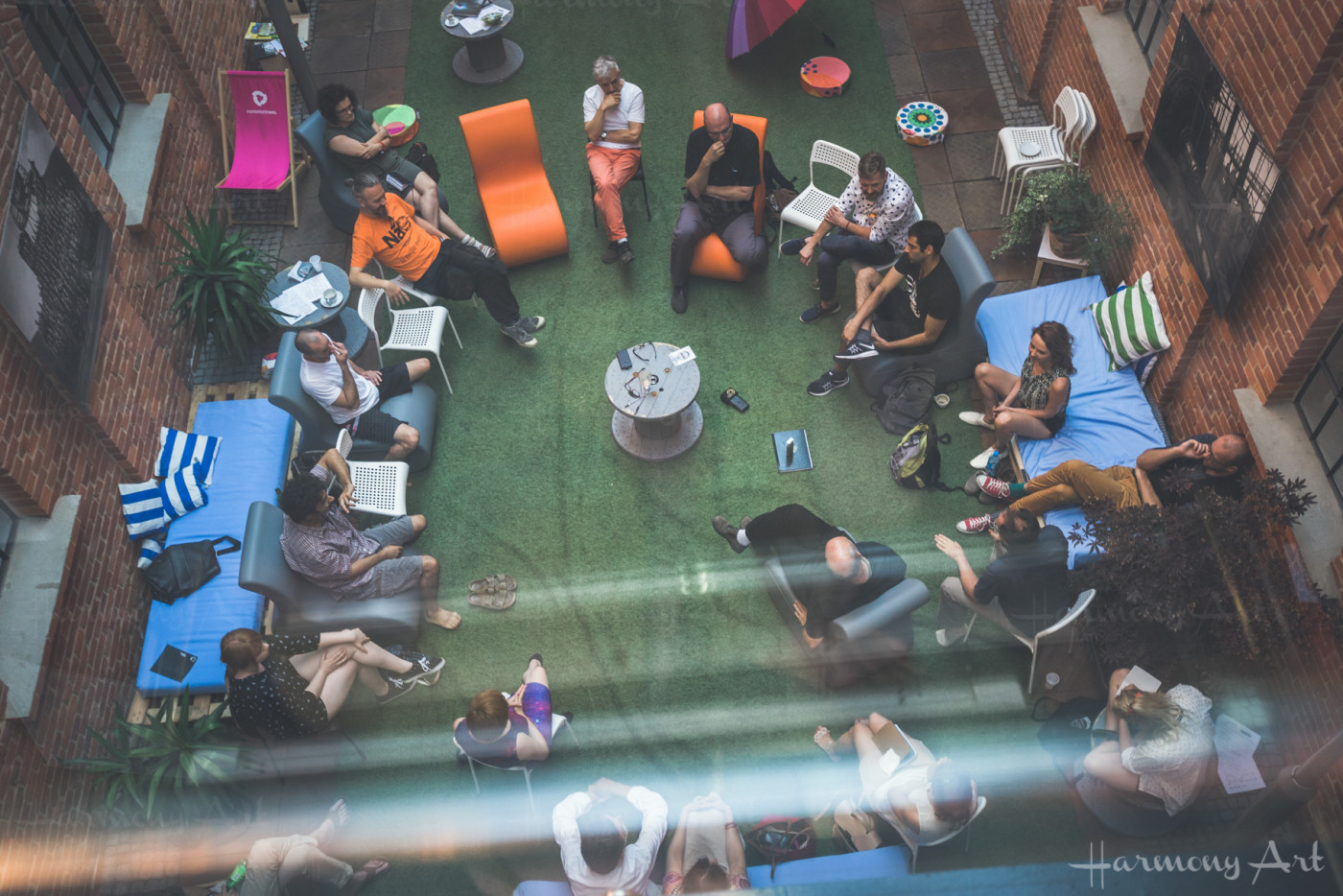 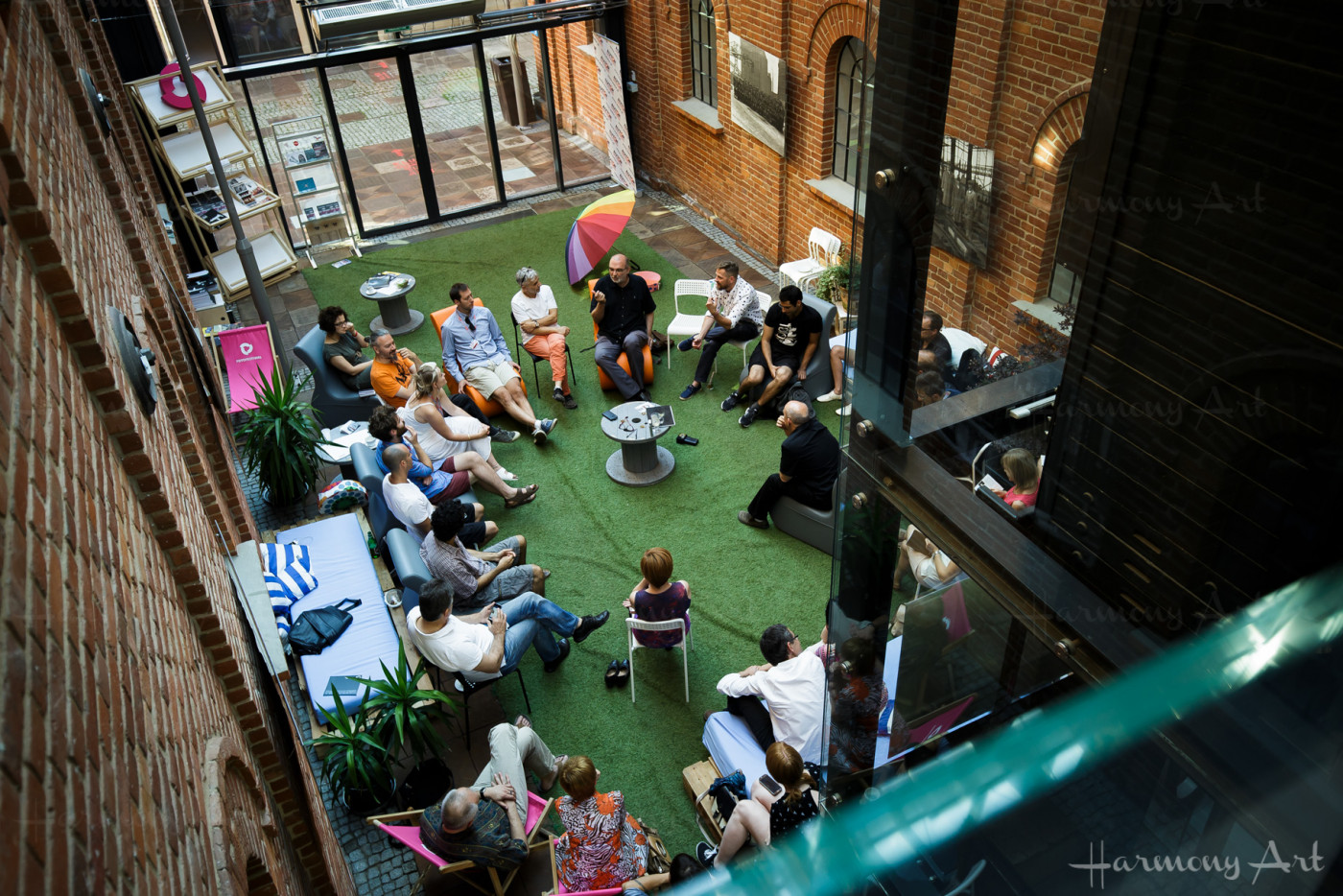 Premiere of the book „Rodowicz-Theatre-Road”

Meeting will be held in Polish

DESCRIPTION OF THE EVENT:

The book "Rodowicz-Teatr-Droga" is a record of several hours of talks between Dariusz Kosiński with Tomasz Rodowicz about his life, and above all, but not only theatre. The previously published texts (interviews and essays) and some never published notes by Rodowicz has been also added to the book. As a result we receive a multi-dimensional book that is much more than just a mere biography. This is an interesting journey through several decades of theatre culture along with Rodowicz’s family and professional background in the spotlight.

INFORMATION ABOUT THE PARTICIPANTS:

Tomasz Rodowicz - artistic director of CHOREA Theatre. An actor, director, musician, teacher, educator, theatre instructor, university lecturer, earlier also a historian of philosophy and bee-keeper. Born in 1951 in Warsaw. A graduate of the Department of History of Philosophy at the Warsaw Theological Academy. A co-founder of the first social therapy centre for the young addicts in Poland. He has cooperated with Jerzy Grotowski and Teatr Laboratorium between 1974-1979 on the para-theatrical initiatives. The co-founder and key actor of the Centre for Theatre Practices "Gardzienice", its member and the leader of educational programs between the years 1977-2003. The co-founder of CHOREA Theatre Association and its leader since 2004. The artistic director of Fabryka Sztuki in Łódź in the years 2007-2022. The artistic director of International Theatre Festival Retroperspektywy and the Nationwide Theatre Festival Perspektywy. The lecturer at the following universities: the University of Łódź, AST National Academy of Theatre Arts in Krakow (Bytom branch), The Leon Schiller National Film, Television and Theatre School in Łódź. The leader of multiple international educational, didactic, artistic projects and research expeditions for actors, theatre coaches and culture animators from around the world. Innovative musical and physical training expert and theatre workshop specialist. Worldwide authority in leading workshops for actors, dancers, singers, musicians, theatre instructors and culture animators. Author of a handbook "Actors physical training. From individual to group actions". In 2014 he was awarded the Medal for Merit to Culture - Gloria Artis by the Minister of Culture and National Heritage. Received "O!2017" award in the “Theatre” category by O.pl Polski Portal Kultury. In 2018 he was awarded by the Mayor of the City of Łódź in recognition of his artistic achievements, culture protection and popularisation. In 2019 he received a Zygmunt Hübner “THEATRE FIGURE” award, established by Fundacja Teatru Myśli Obywatelskiej im. Zygmunta Hübnera - this way becoming part of distinguished laureates, i.e.: Anna Augustynowicz, Jan Englert, Jerzy Trela, Piotr Cieplak and Jacek Głomb.

Dariusz Kosiński - professor in the Department of Performatics at the Faculty of Polish Studies of the Jagiellonian University in Kraków. He dealt with the history and theory of the performing arts in the 19th century. He has been engaged in research on the peculiarities of the Polish theatrical and performance traditions, which he has written about in the books: "Polski teatr przemiany" (Wrocław, 2007) and the author’s synopsis of the Polish performances: "Teatra polskie. Historie" (Warsaw, 2010). The latter was awarded with Rev. Professor J. Tischner Znak Hestia Award in 2011 and J.Giedroyc Award in 2012. The performance was published in German, Chinese and Russian translations. Currently, he is developing the research analysis of contemporary social performances and dramas, including the ones related to Smoleńsk air disaster; "Polish Theatres. The Year of the Catastrophe" (Warsaw, 2012). A kind of summary of his way of understanding and practicing performatics are to be found in his book "Performatyka. W(y)prowadzenie” (Kraków, 2016). A separate subject of his interests is the work and ideas of Jerzy Grotowski. Between 2010 and 2013 he was programme director of the J. Grotowski Institute in Wrocław. Kosiński was the part of the editorial team of Grotowski’s "Collected Texts" (Warsaw, 2012). He is also the author of the popular biography of the artist: "Grotowski. The Guide" (Warsaw, 2009). He also published two monographs on Grotowski’s early performances: "Grotowski. Profanacje" (Wrocław, 2015) and "Farsy-misteria" (Wrocław, 2018). Moreover, Kosiński was involved in the drama interpretation; in "Sceny z życia dramatu" (Kraków, 2004). Together with Ireneusz Guszpit, he prepared editions of Juliusz Ostewa’s theatrical writings ("Przez teatr-poza teatr" Krakow, 2004, "Antygona, Hamlet, Tobiasz…" Kraków, 2007). In 2014 he was deputy director of the Zbigniew Raszewki Theatre Institute in Warsaw. Since the same year, together with Wojciech Dudzik he has been holding the position of editor-in-chief of the Online Polish Theatre Encyclopedia. He is a member of the editorial board of The Polish Theatre Journal, since 2016 he has been editor-in-chief of the "Performer" magazine (which he had founded himself back in 2011). Since autumn 2016, he has been working as a theatre critic and journalist with "Tygodnik Powszechny”.

Żywosłowie Publishing House - it was set up on the initiative of Dariusz Kosiński and Katarzyna Woźniak as a development and extension of the "Żywosłowie" translation studio that had been founded twelve years ago by Katarzyna Woźniak. The main aim of the initiative has been the introduction to the publishing market a variety of publishing which would contribute to broadening the knowledge about theatre and other performing arts. It was meant to deepen the awareness of theatre social role and stimulating the discussion about performative aspects of culture, social and individual life. Starting with a specifically indigenous way of understanding and practicing what used to be called theatre, the publisher wants to make the broadly studied performances the subject of humanistic reflection, addressing the most important challenges of modern times.