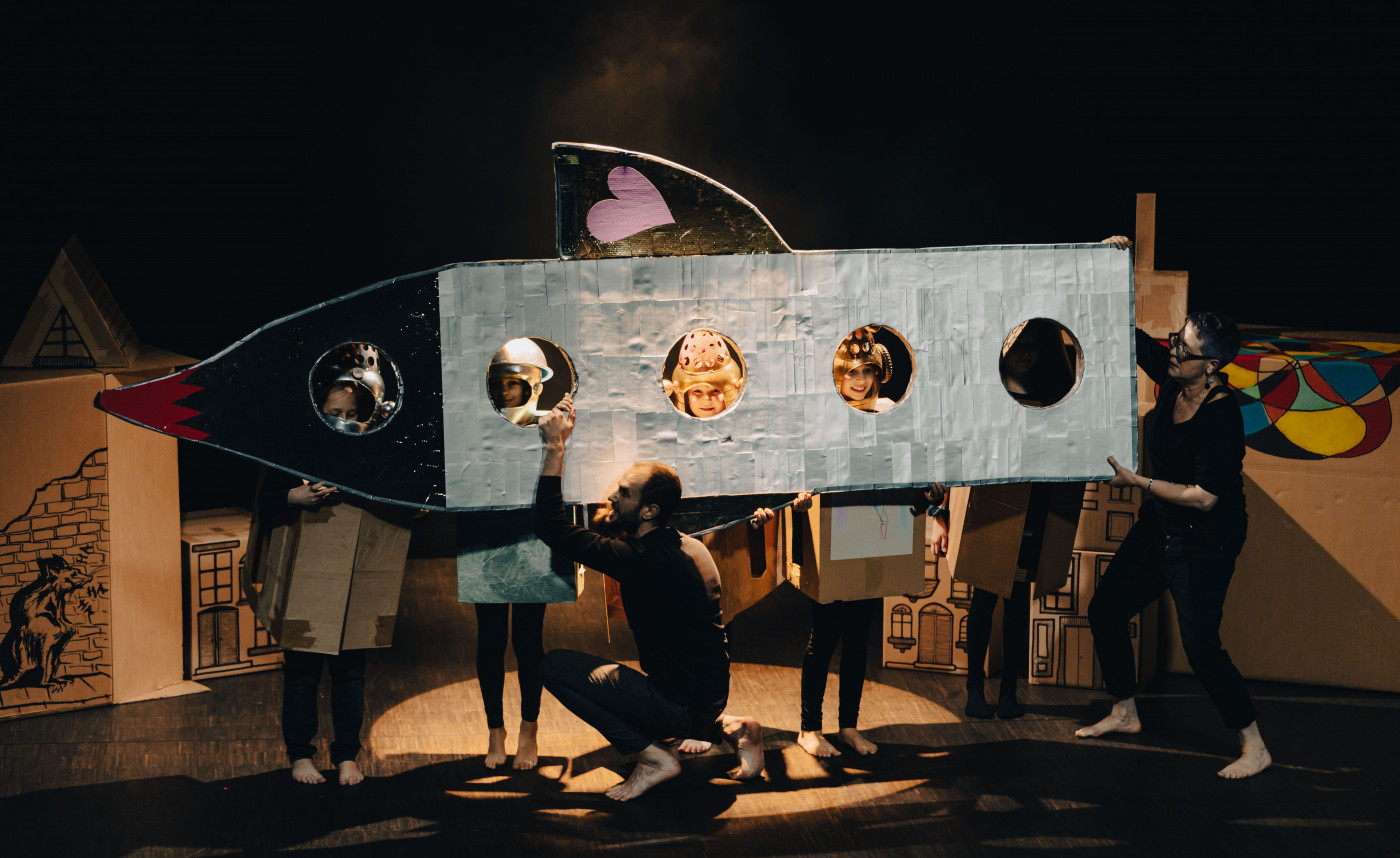 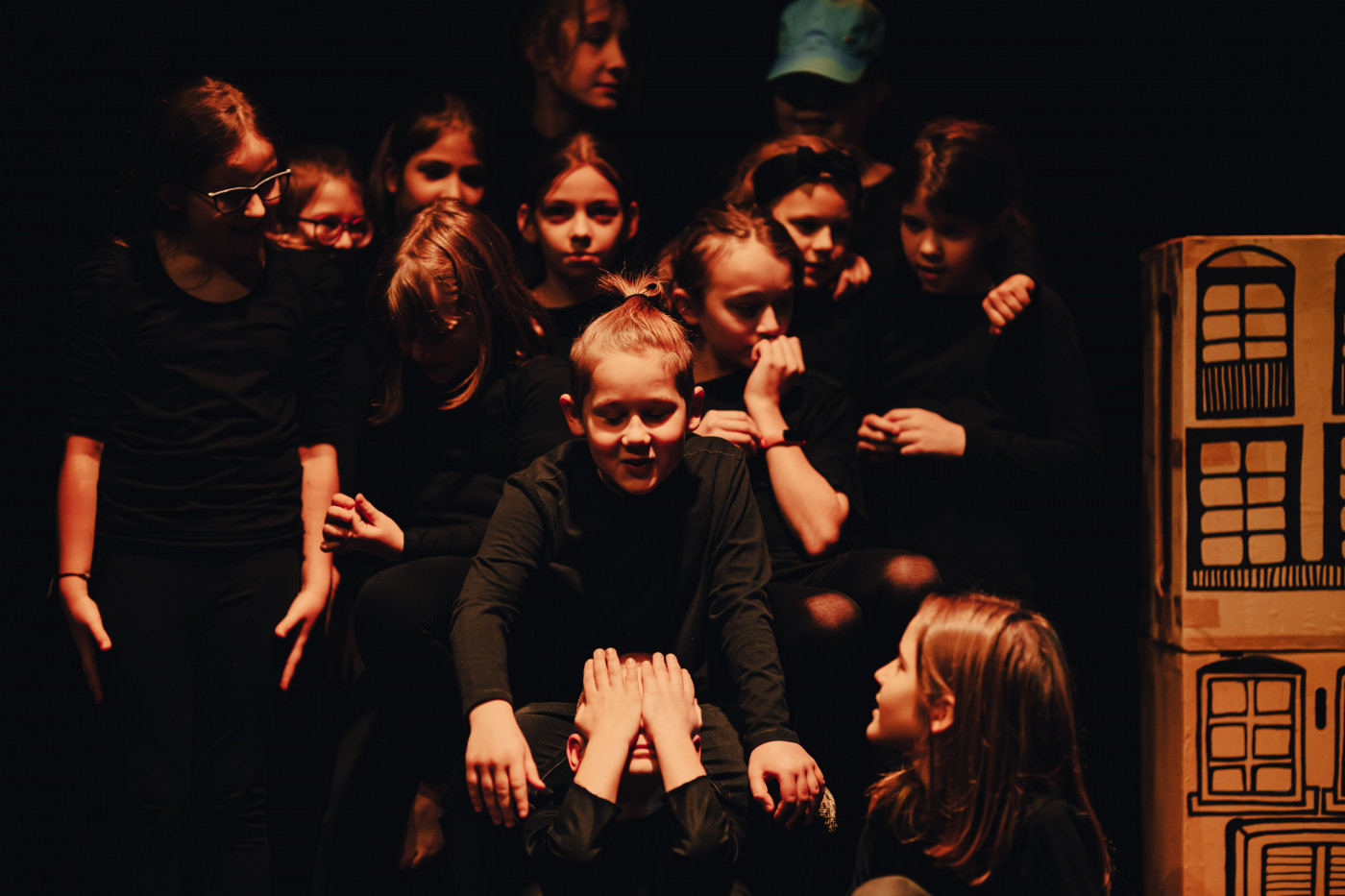 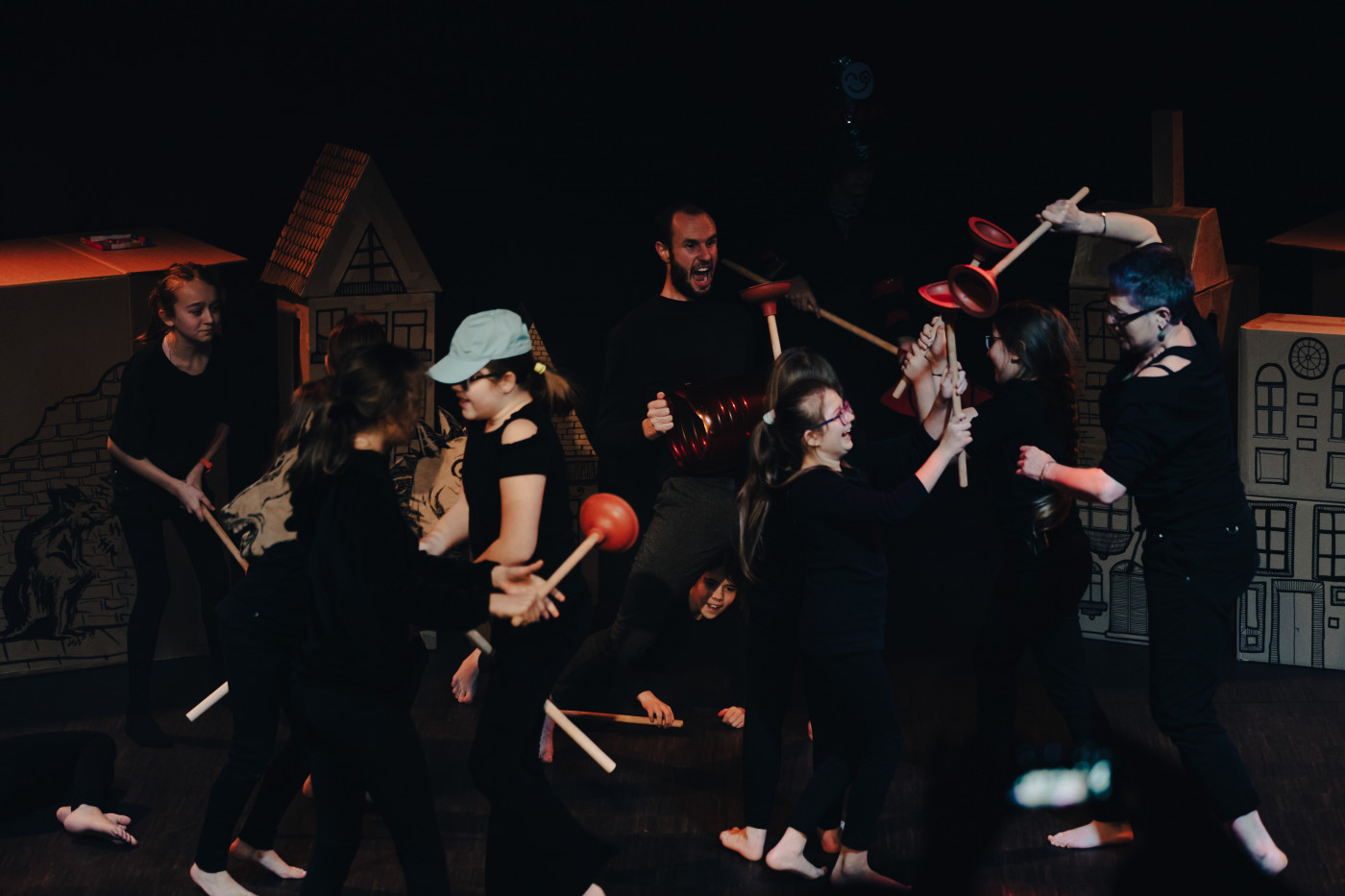 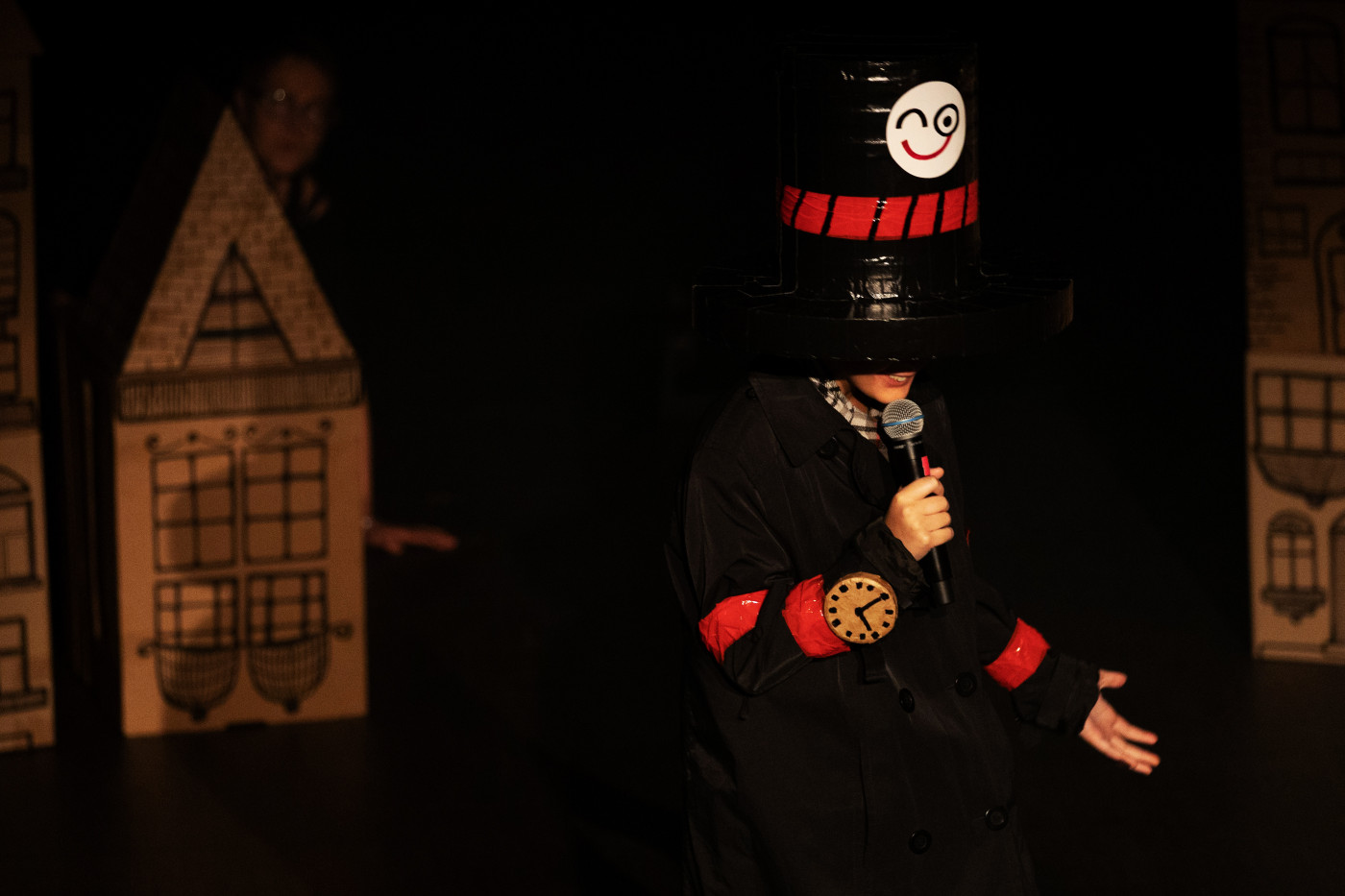 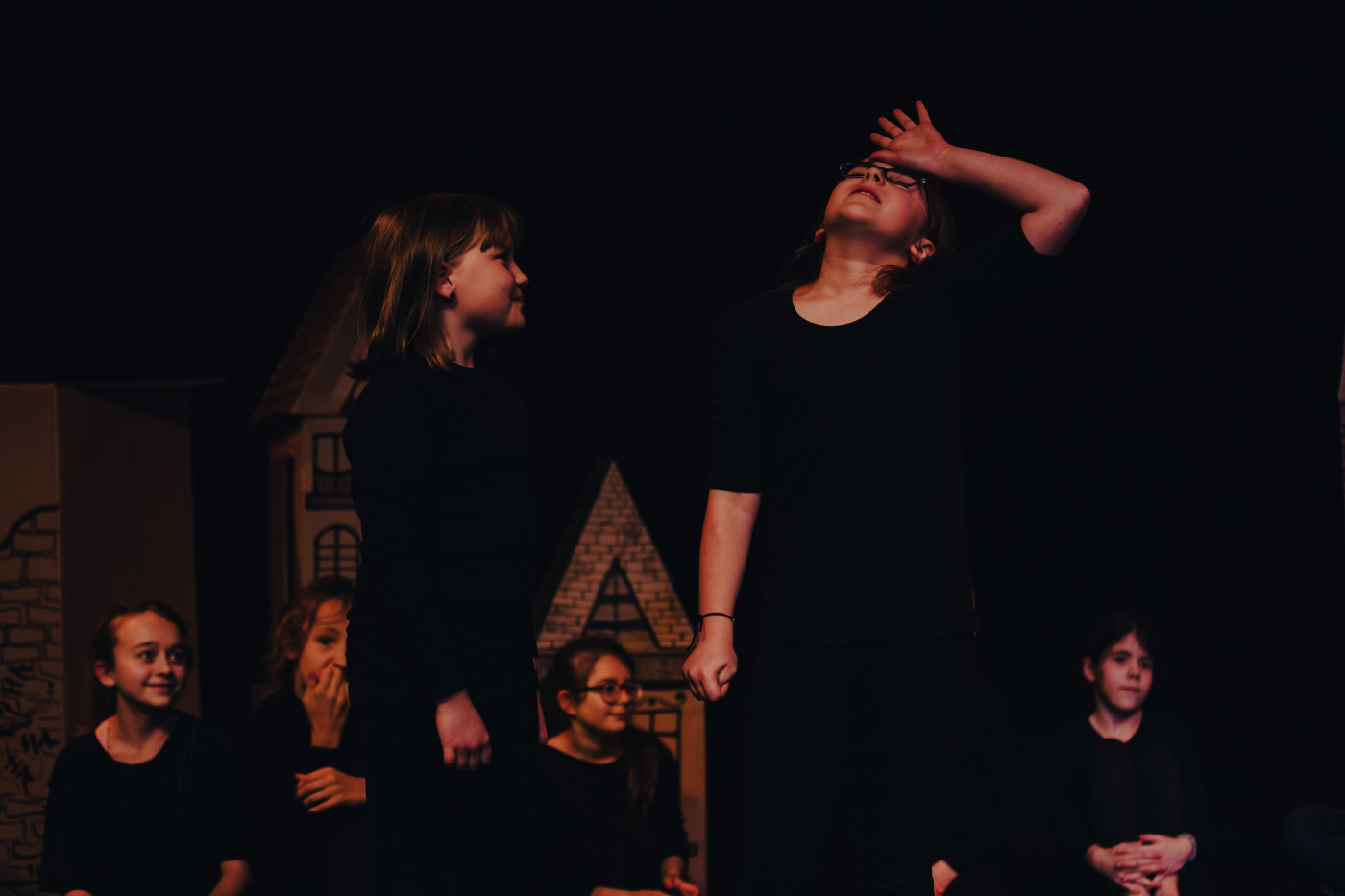 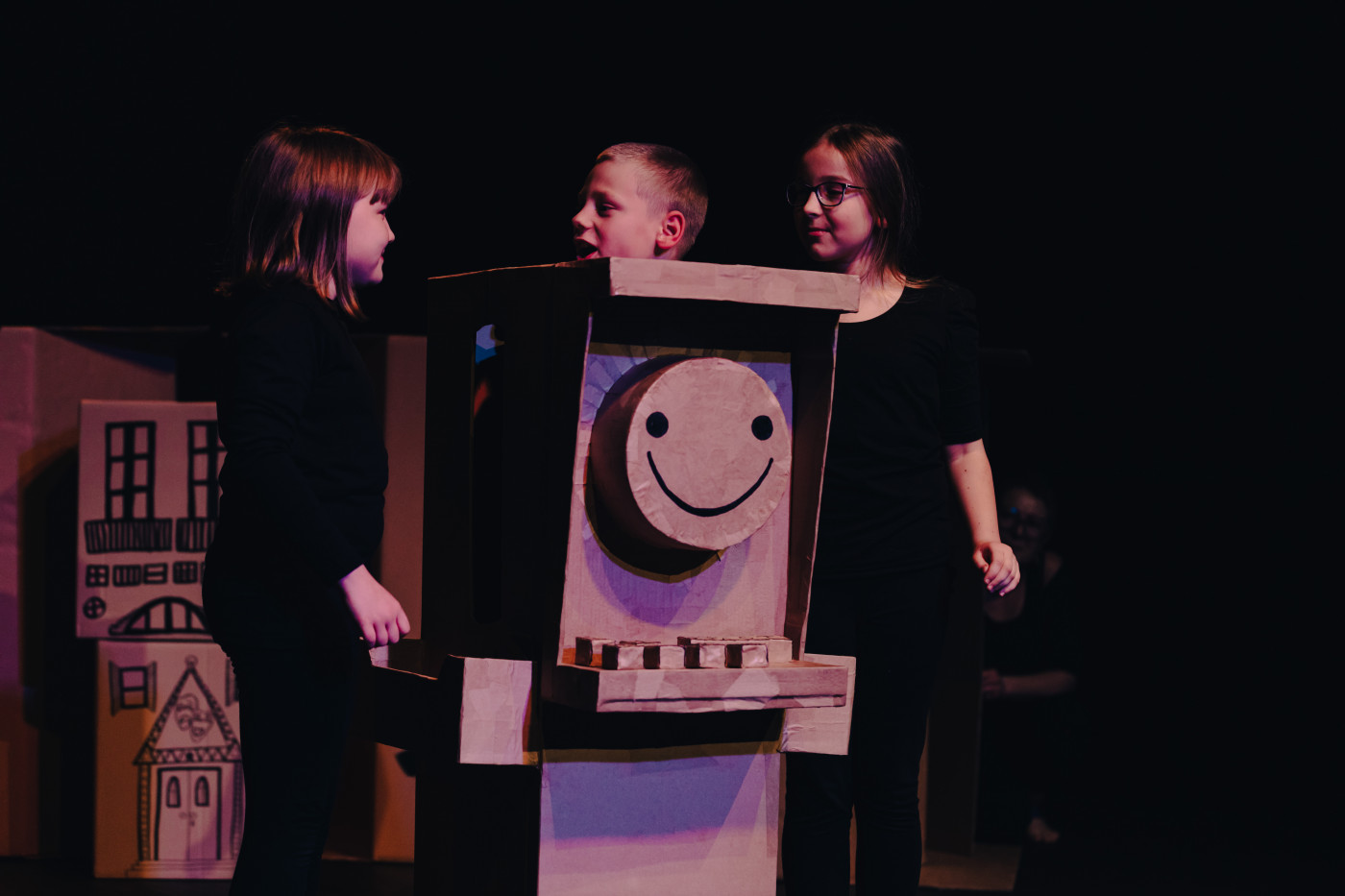 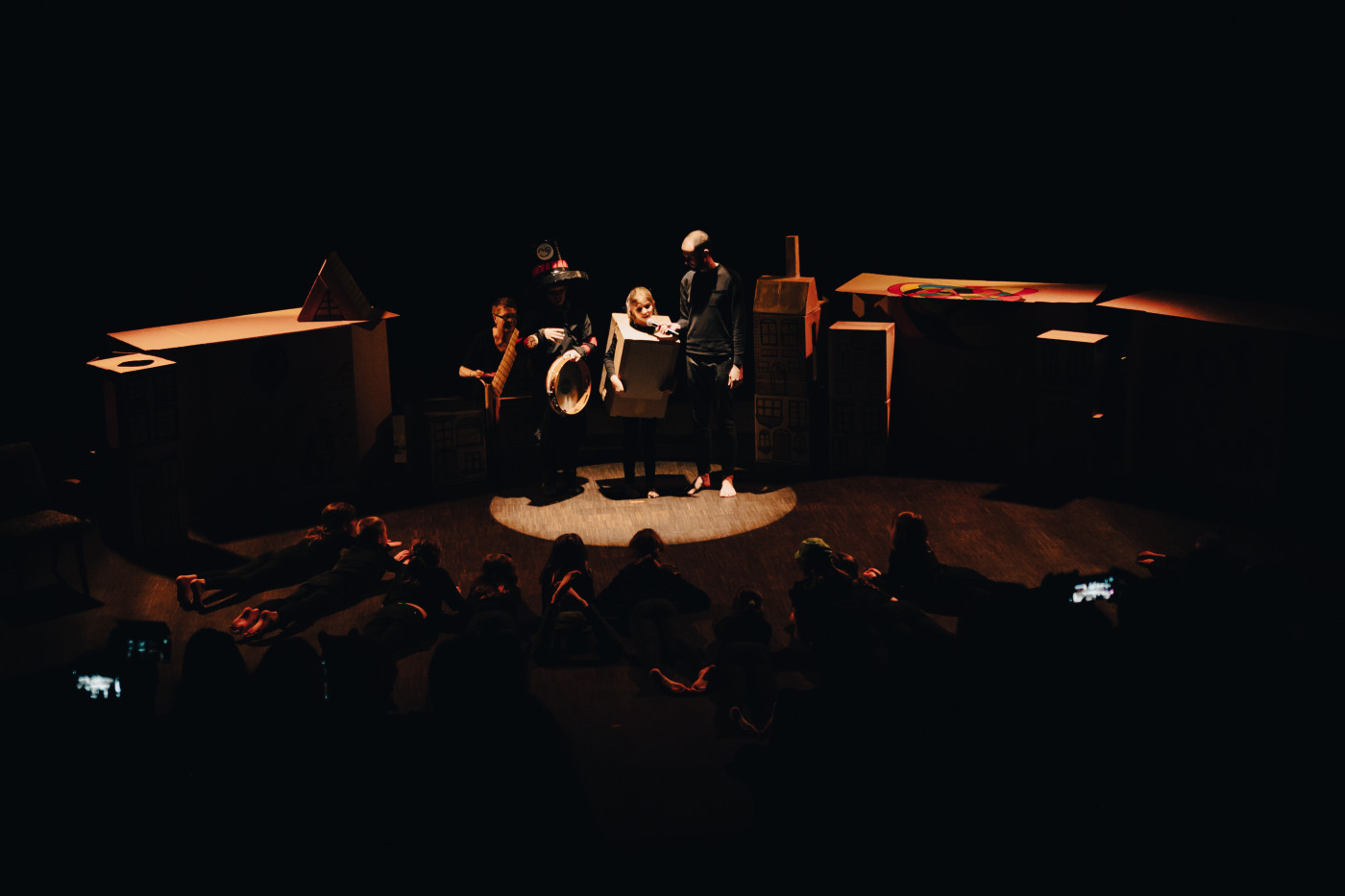 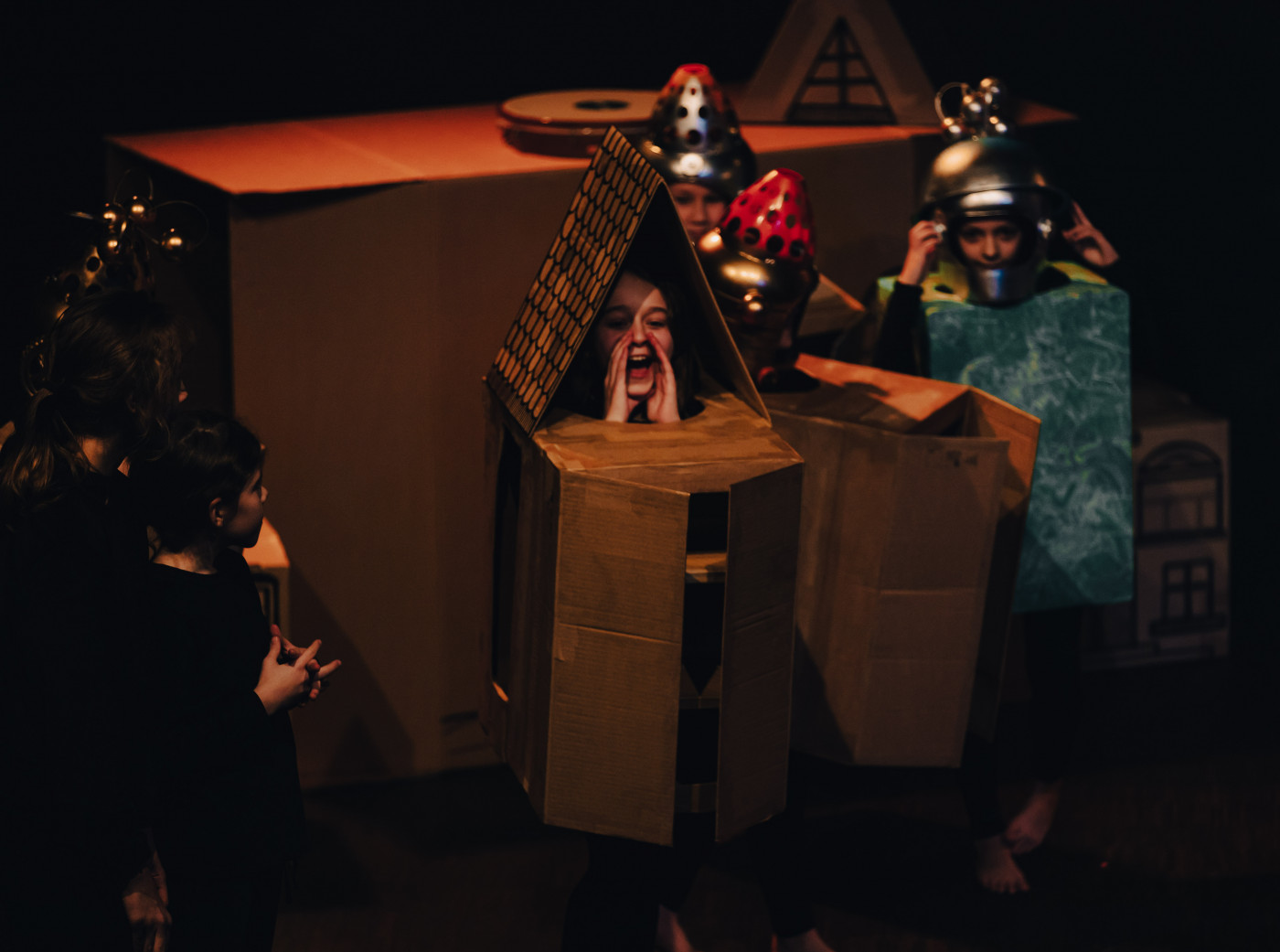 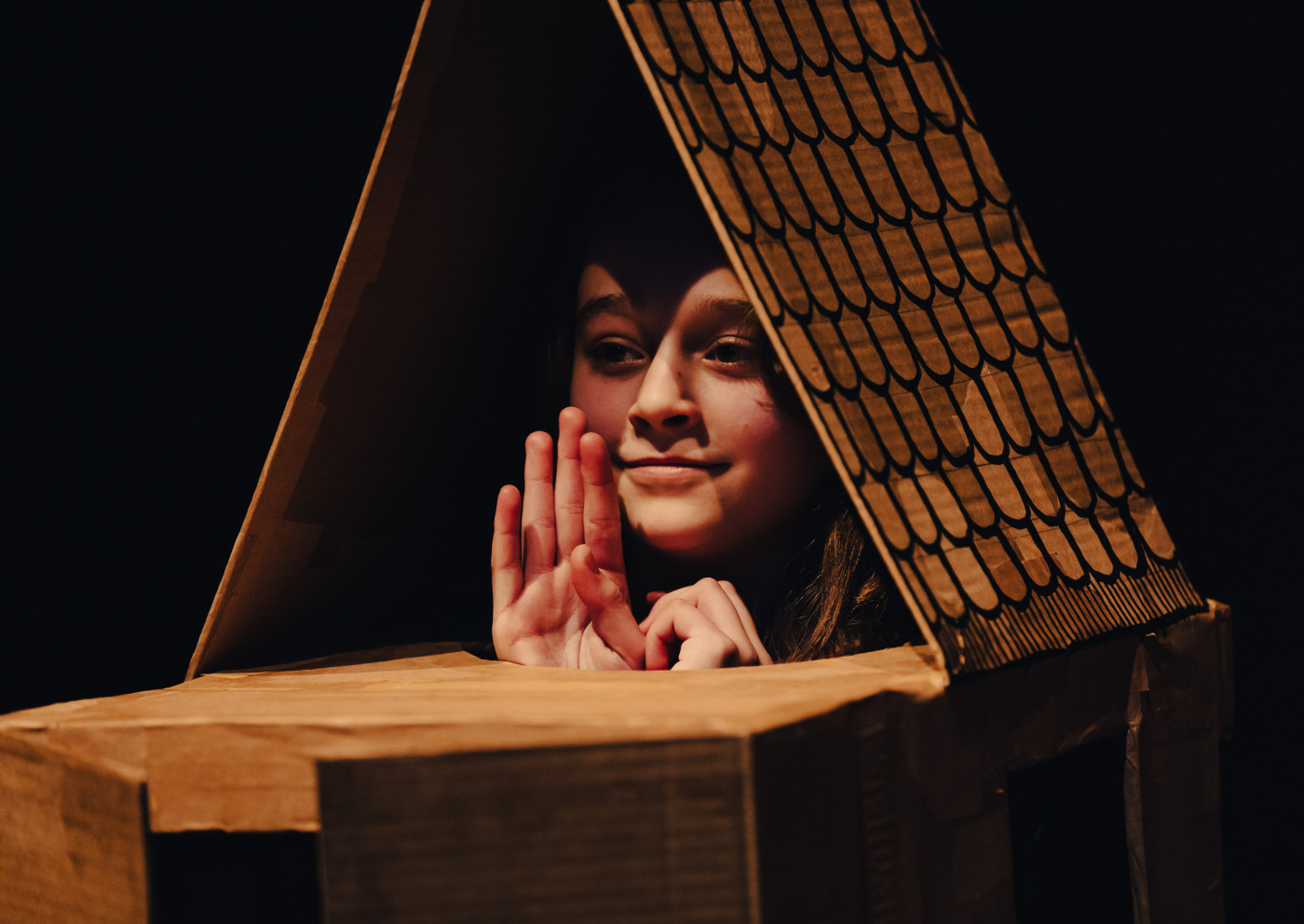 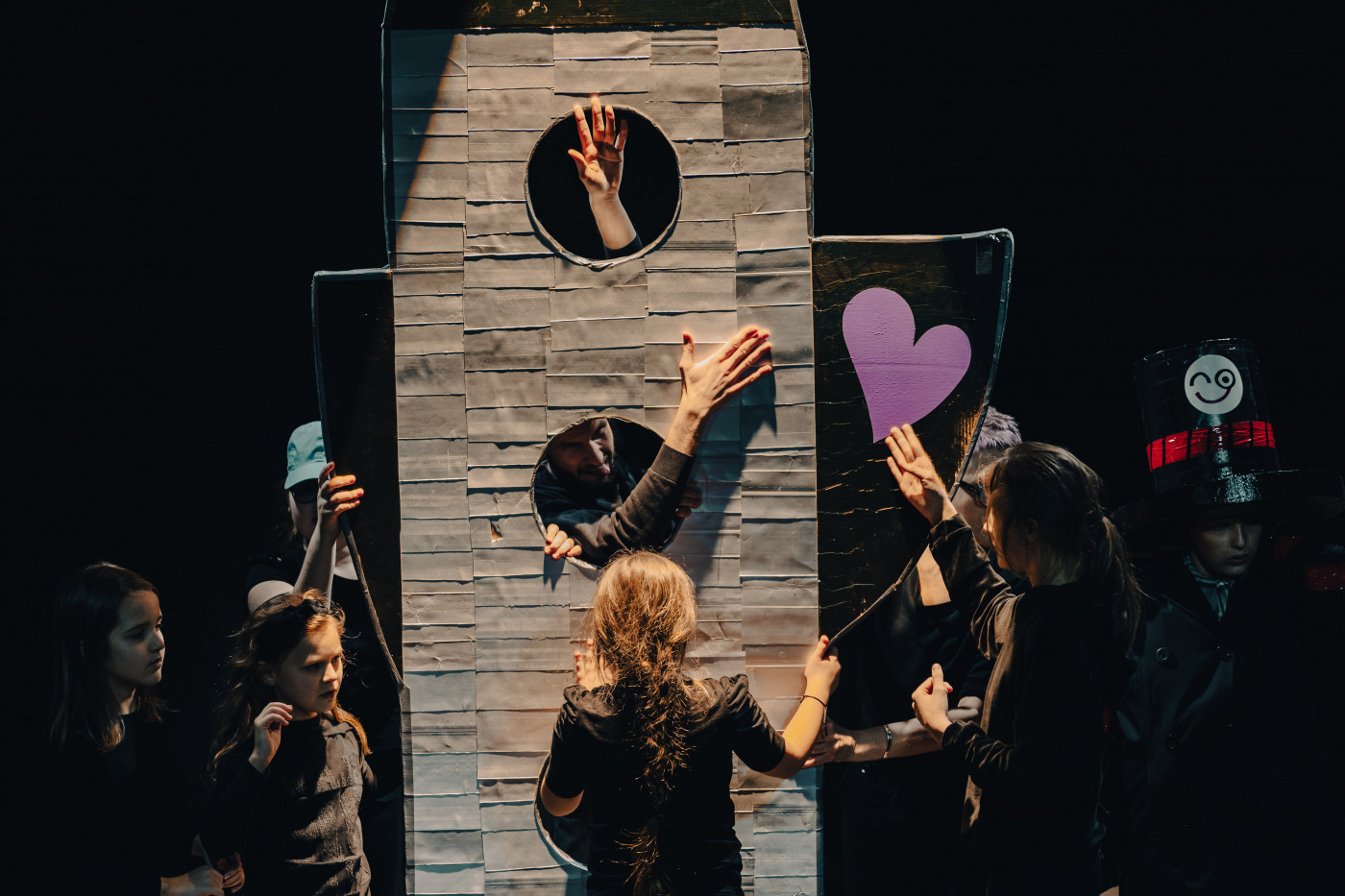 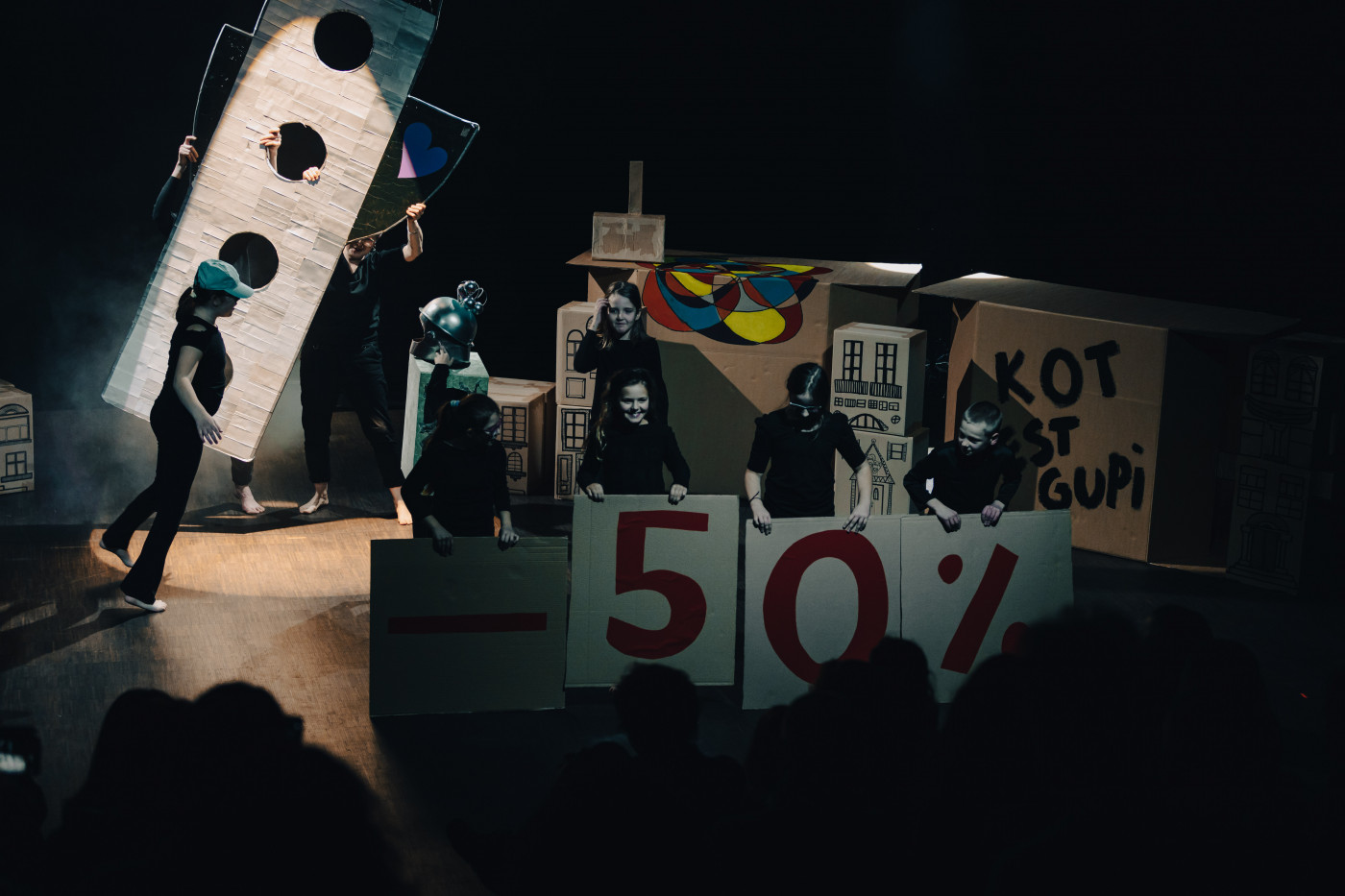 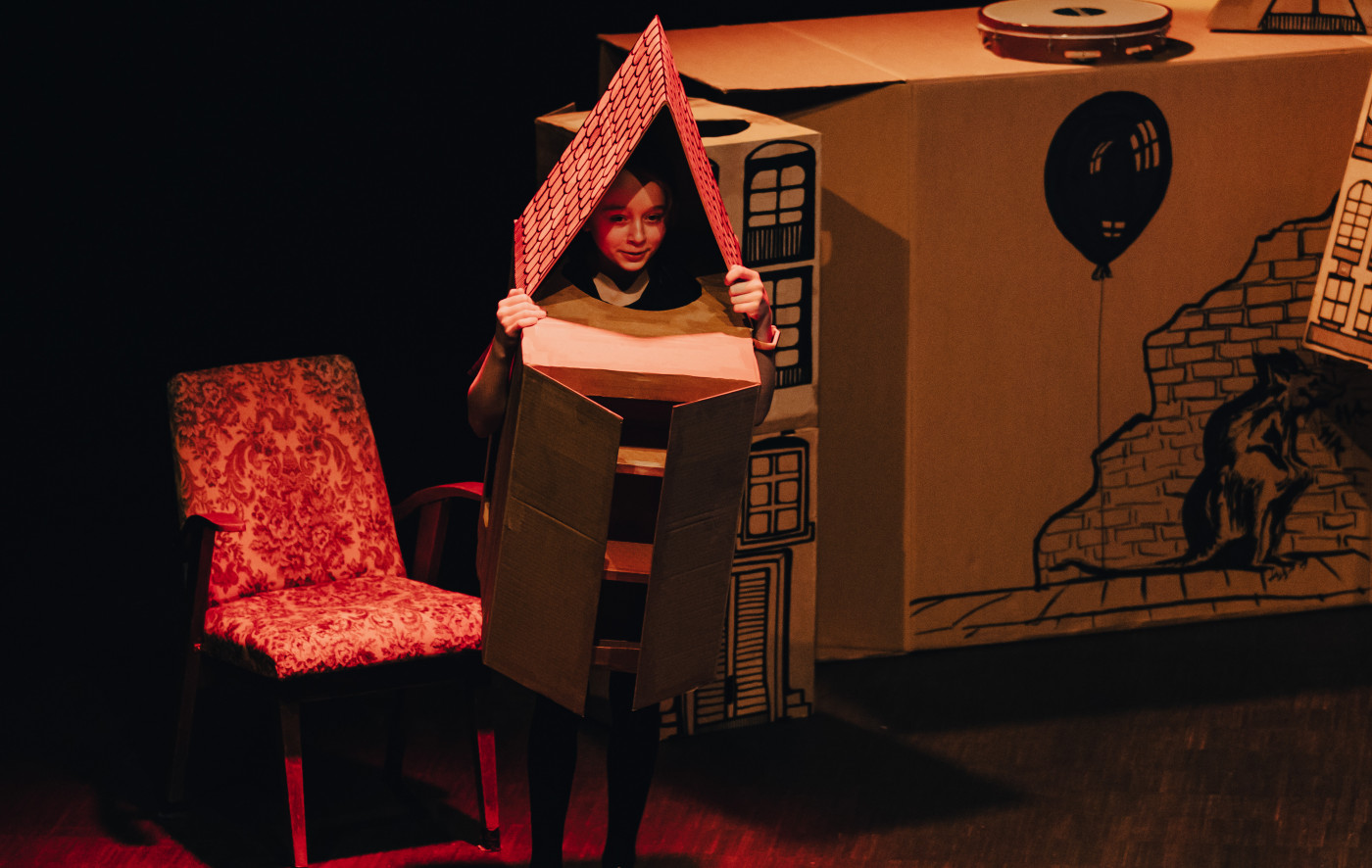 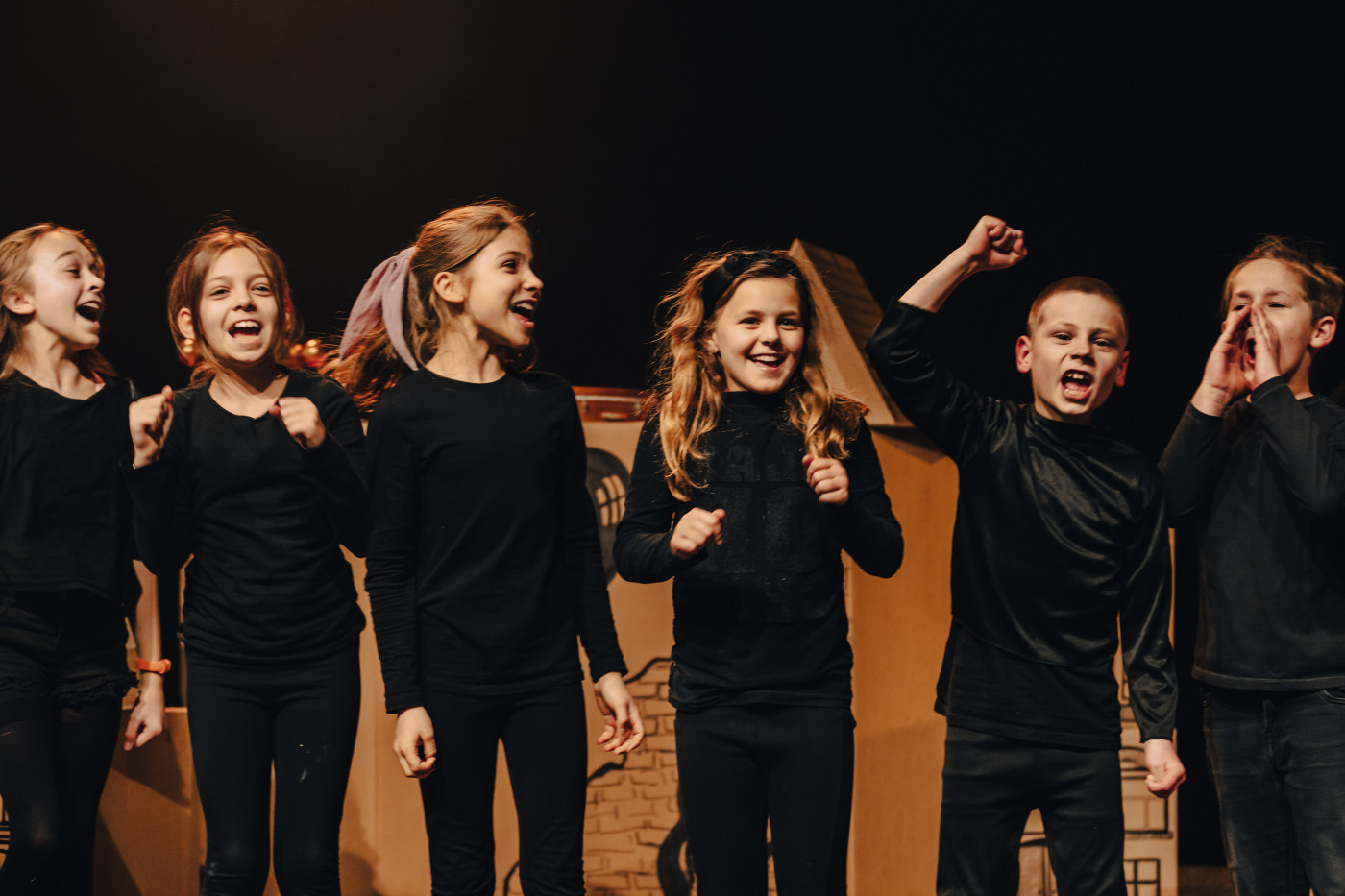 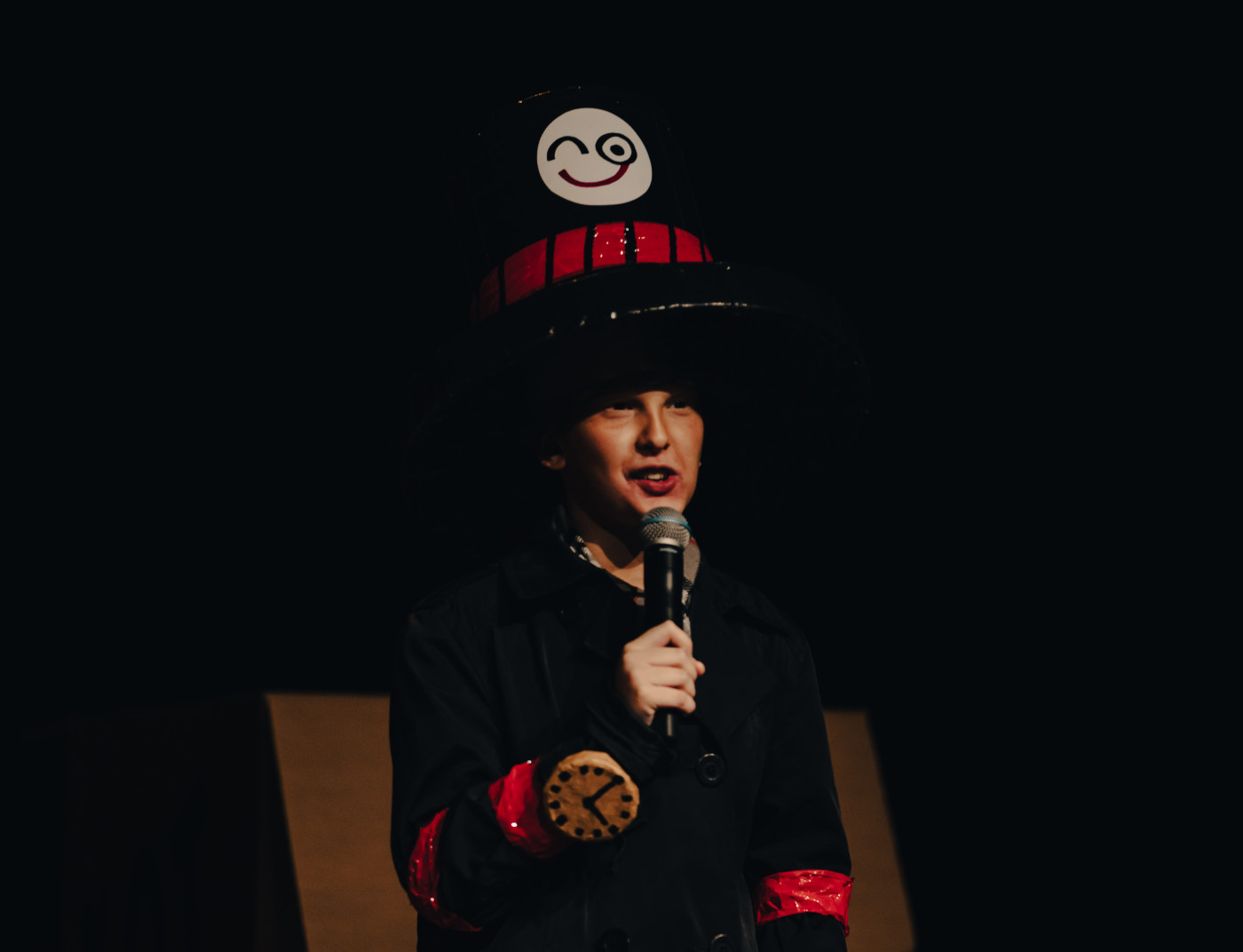 Performance will be interpreted into Polish Sign Language (PJM)

Have you ever wondered what could be sold in “A good humour shop”? Think… What would give you the biggest pleasure? What would put you in a good mood? What would provide you with happiness? How does a shop like this look like? What currency can you make transactions with? These and other questions shall be answered by young actors of the CHOREA Theatre Children’s Group, presenting their own vision of a New World.

Joanna Filarska - Culture animator and educator, coordinator of artistic, social and educational projects. Worked in the Community Center of Alternative Education in Lodz, in the common day-room for pre-school children 'Kraina Pełna Skarbów' in Lodz, and as an educator and animator at the University of Jan Józef Lipski in Teremiski. She coordinates artistic, social and educational projects in CHOREA Theatre and Fabryka Sztuki in Lodz. She leads and coordinates a year-round cultural education program 'Creative Workshops in Fabryka Sztuki in Lodz'. She works with youth and children groups, leading music and theatre workshops. She also works with the local community, cooperates with schools and organizes the audience. She was a scholarship holder of the Ministry of Culture and National Heritage in 2015. A graduate of Theatre Pedagogy at Warsaw University. In CHOREA Theatre she leads Children Theatre Group and creates performances: "Theatre jokes", „The City“. She sings with pleasure. She performs in CHOREA Theatre concerts: 'Songs of the World', 'Lullabies', 'Concert of Ancient Music', 'Engi Vengi', "Hello Pinky Mouse!", and in CHOREA Theatre performances: 'The Bacchae', 'Vidomi', 'Darkness'. In life and work she likes the uncertainty.

Paweł Głowaty - actor, graduate of the Leon Schiller National Film School in Łódź at the Acting Department. Prior to his studies, he had been associated with a dance theatre. He had taken part in the performances of the Narvas Theatre by Artur Stelmaczonek such as, among others, "Nijaki, męski, żeński" [transl. Neuter, Masculine, Feminine"] and "Porywacze ciał" [transl. "Body snatchers”]. He cooperated with students and graduates of the AST National Academy of Theatre Arts in Kraków at the Department of Dance Theatre. He took part in a movement miniature directed by Wojciech Chowaniec and choreographed by Jan Lorys, as well as in the performance "It’s all about bravery" choreographed by Katarzyna Baran, which was produced in cooperation with the Movytz Dance Theatre and Skin the cat. Głowaty also directed his own pieces, for example the performance "Sen Małego Króla, który nigdy nie był Księciem" [transl. The Dream of a Little King who was never a Prince] based on "The Stranger" by Albert Camus, which won the Entree Competition organised by the Rozrywka Theatre in Chorzów. There, as a part of his residency, he directed the play "Pałac lodowy" [transl. The Ice Palace] based on the Terjei Vesaas’s poetic tale with same title. During the time of his student’s time he also cooperated with Marcin Brzozowski and fellow students on the play "Technika punktu świetlnego" [transl. The point of light technique] based on the works by Philip Dimitri Galas. The performance was a success at the Moldavian and Romanian Festivals. Głowaty collaborates with CHOREA Theatre and has been engaged in the "Tragedia Jana" production directed by Waldemar Raźniak. The performance is the prize winner of the Polish Theatre 2019 repertoire, as well as the 2018/19 Golden Mask winner. Currently, he is associated with National Theatre in Warsaw.

Jola Królicka - artist, visual artist, educator, creator of multiple stage designs for concerts and events, drawing artist. She deals with artistic handcrafts, conducts educational and integration art workshops for non-disabled and disabled children and young adults. She carries out art classes for children and adults at the Poleski Art Center in Łódź. As a part of the "Creative Art Workshops in the Art Factory in Łódź" she runs family and cross-generational classes. As an illustrator, she co-operates with Polish National Television creating TV show: "Supełkowe ABC" ("The ABC Knots") aimed at hearing impaired children. She is the author of the scenography for the following plays: "Żarty teatralne" / "Theatre Jokes" (2018), "Miasto" / "The City” (2019), "Rój. Sekretne życie społeczne" / "The Hive. A Secret Social Life" (2019), "iGeneration?" (2020), "Good Morning Pinky Mouse!" (2021), "A good humour shop" (2021) made in CHOREA Theatre.