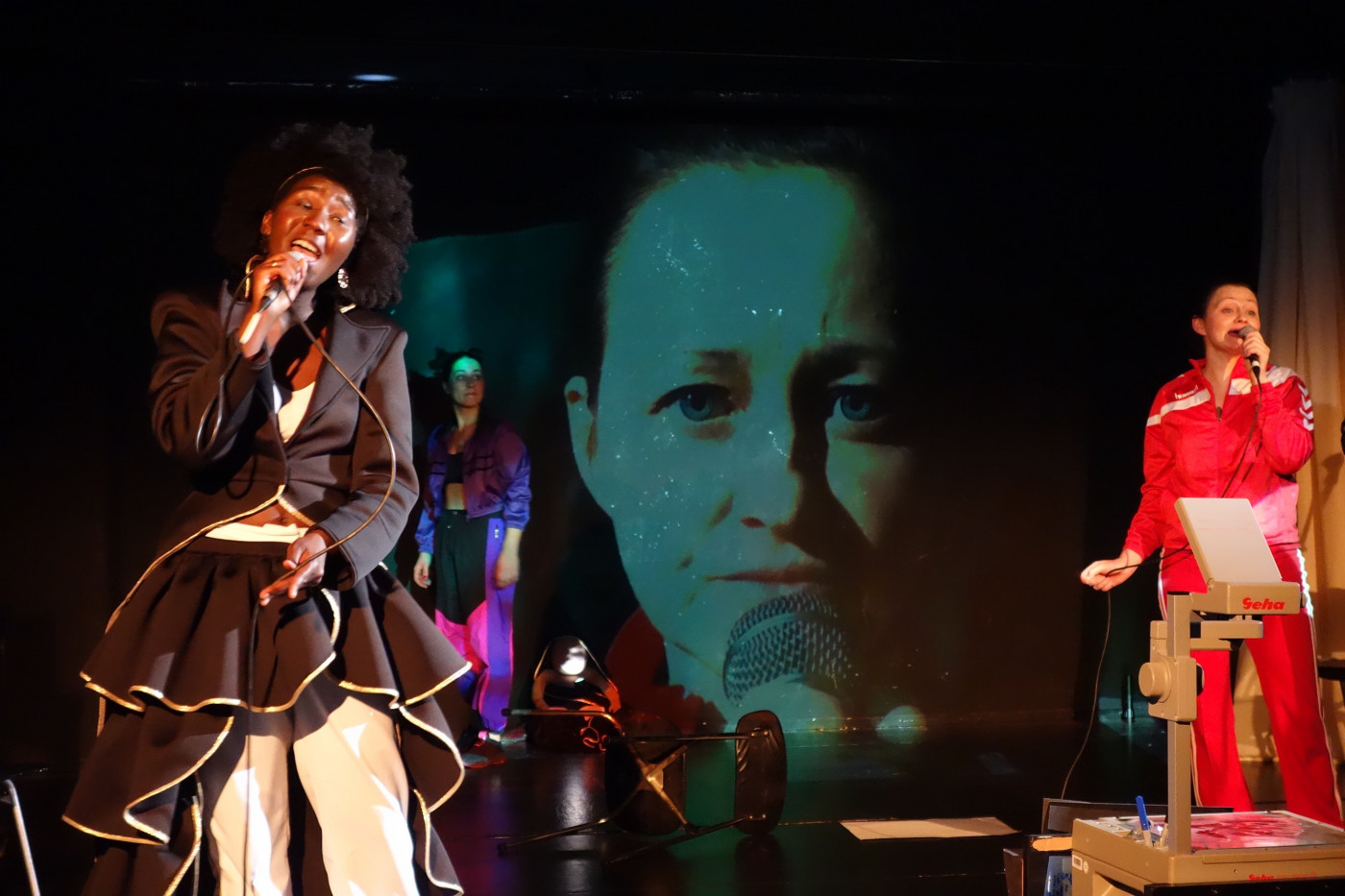 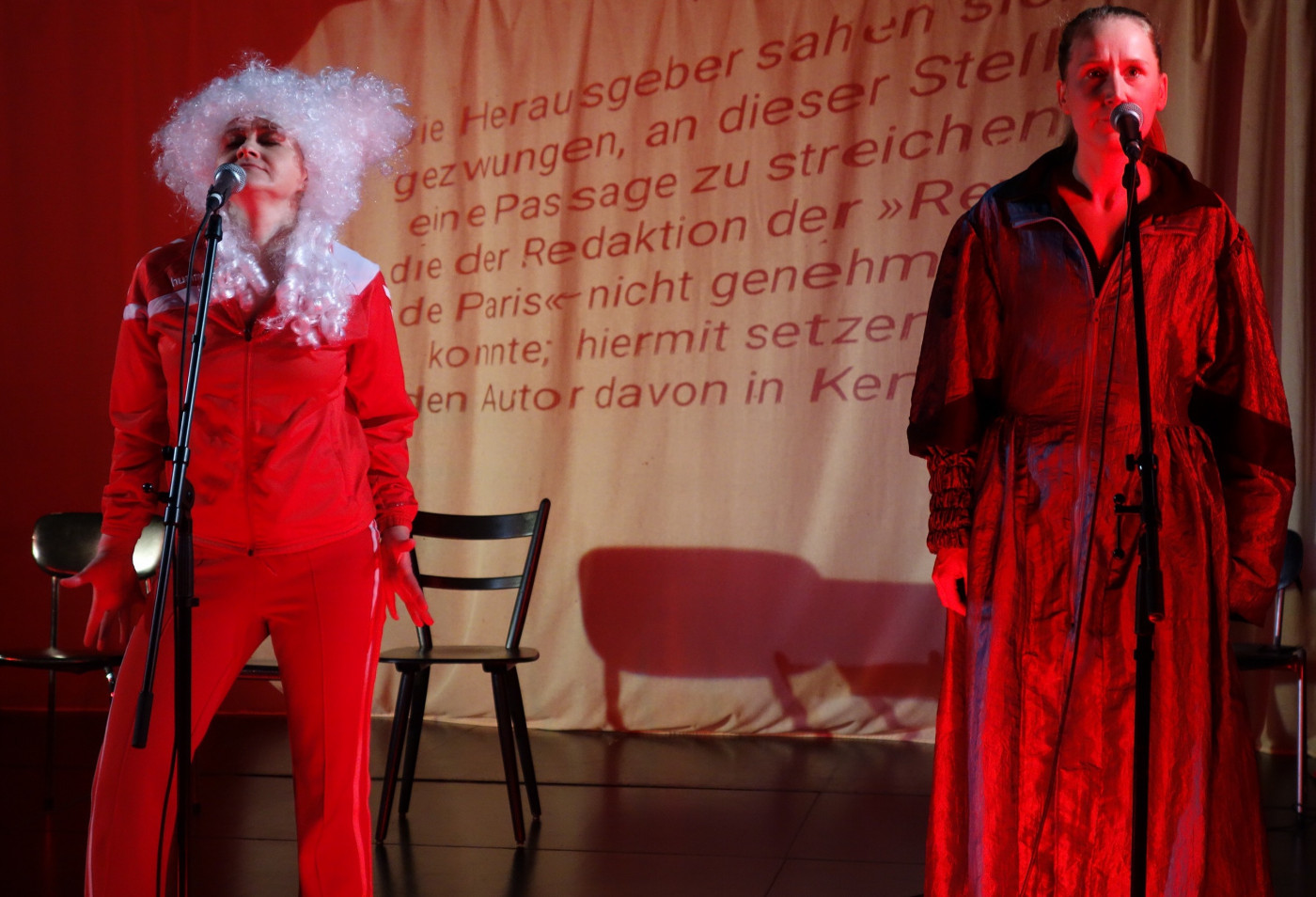 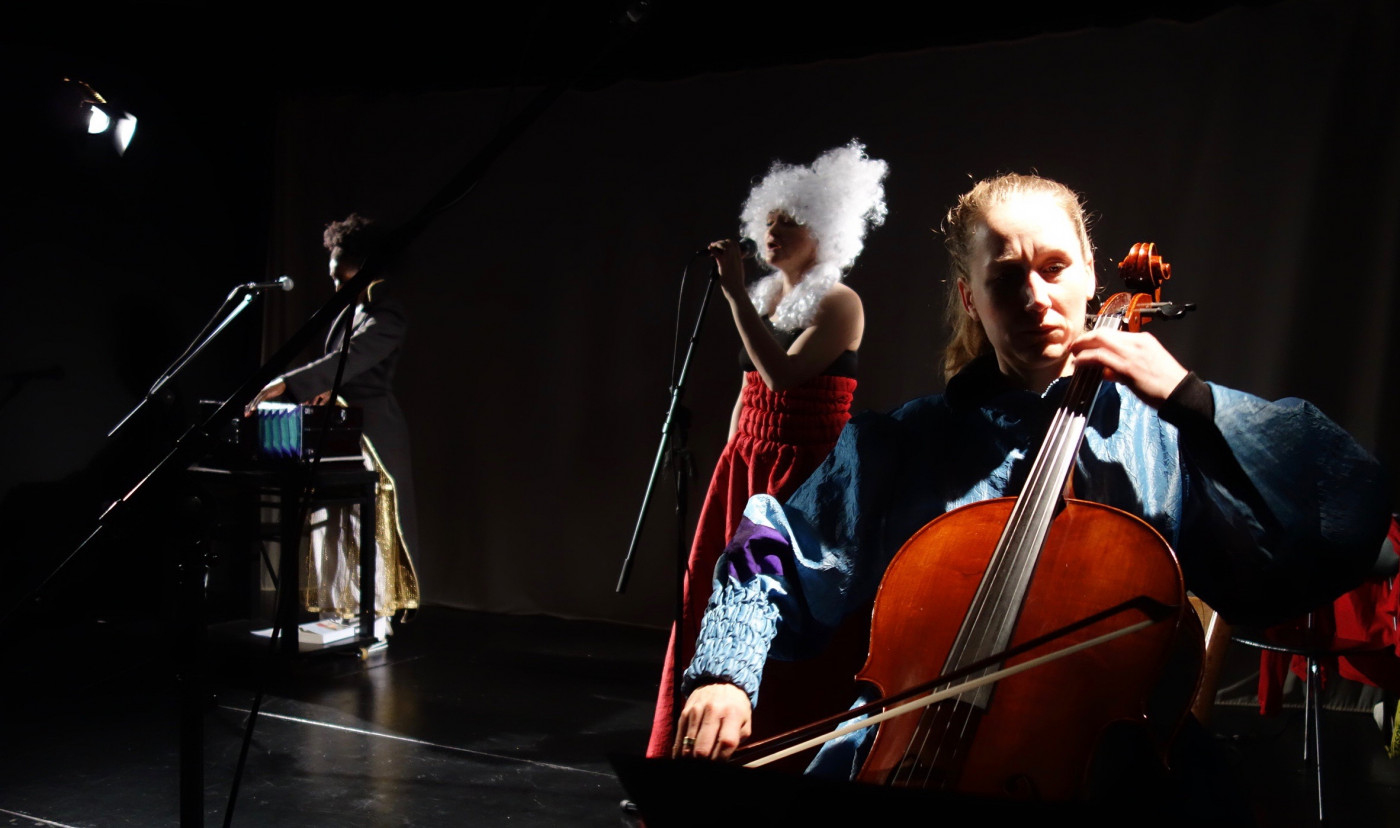 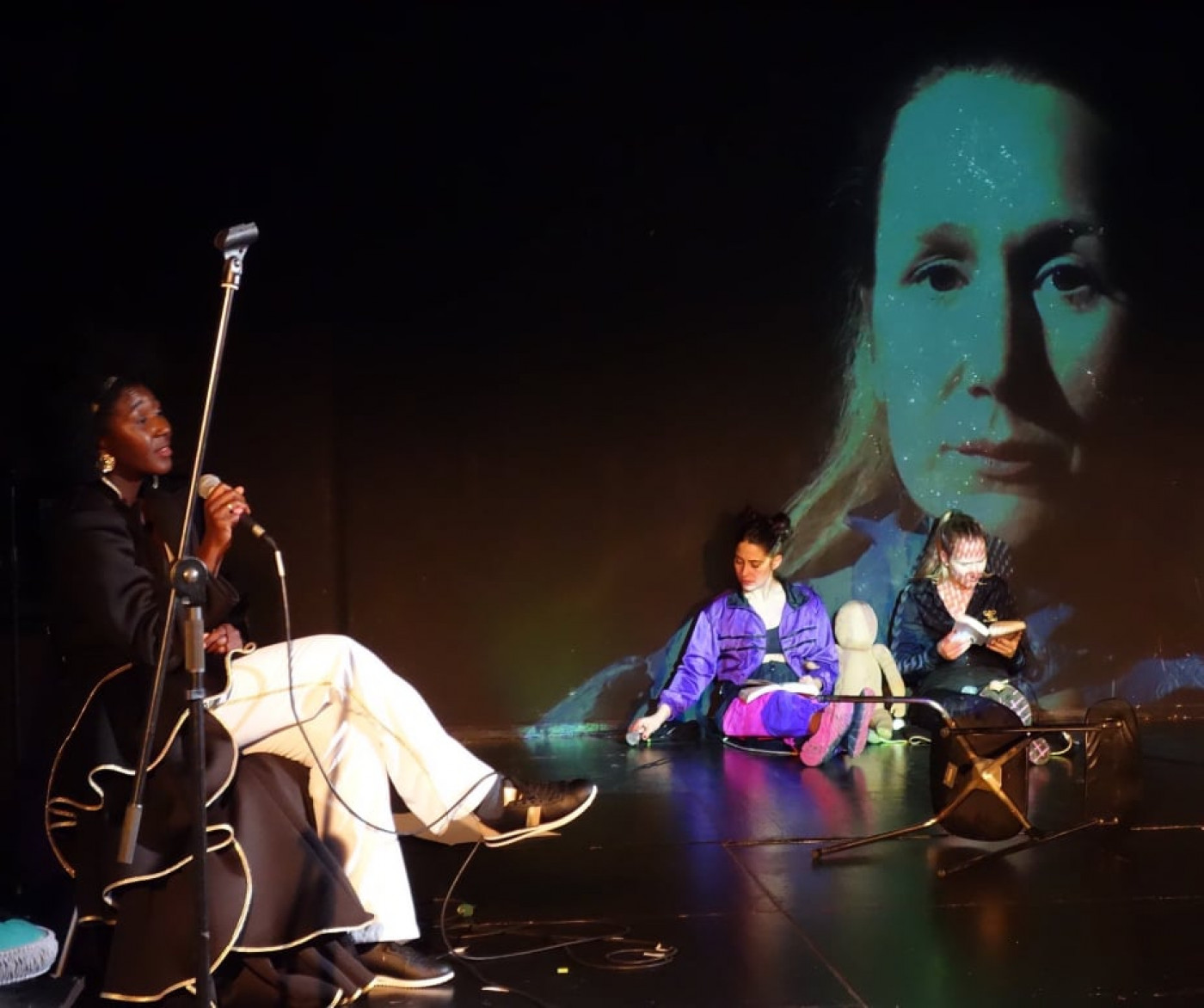 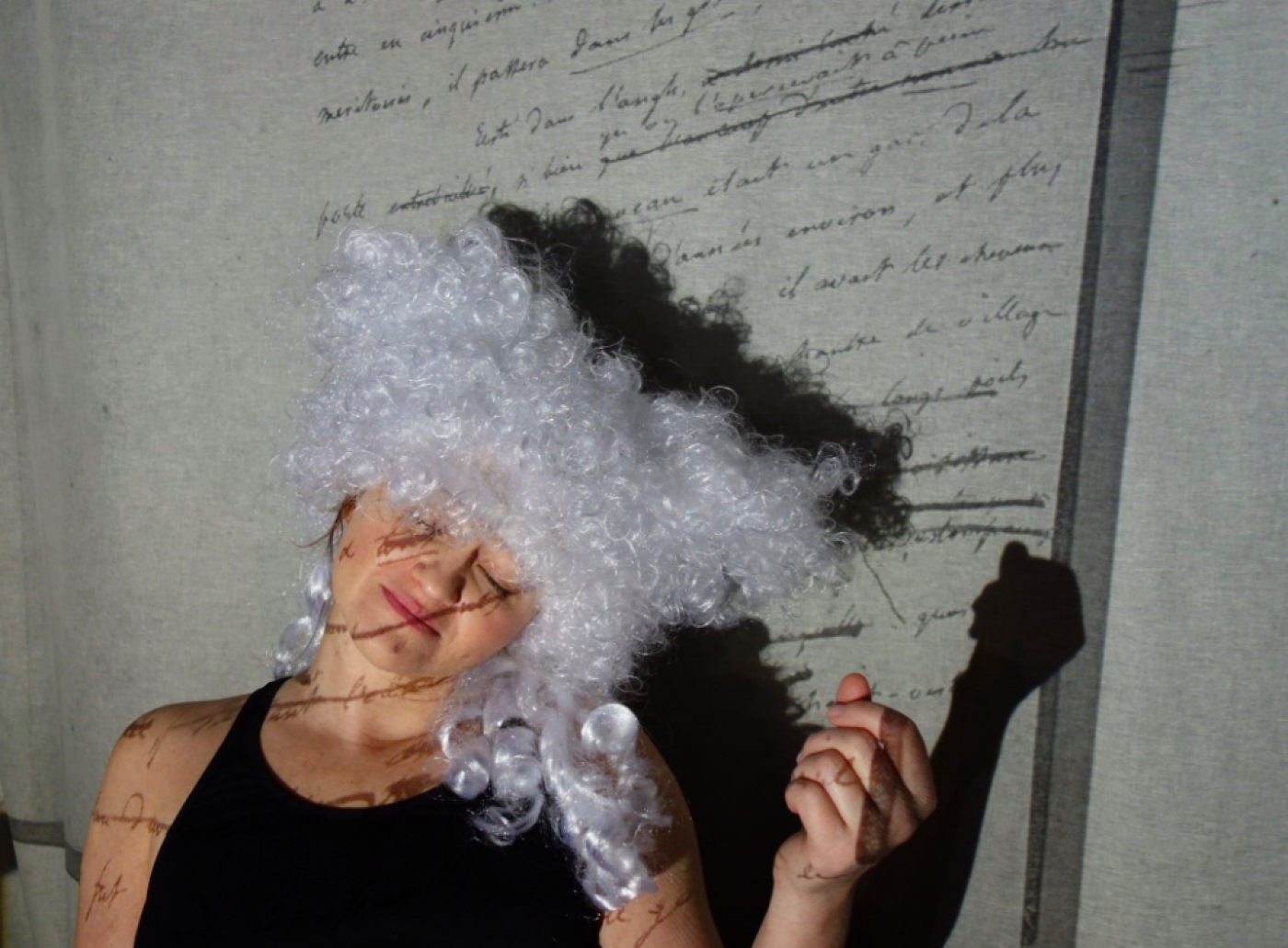 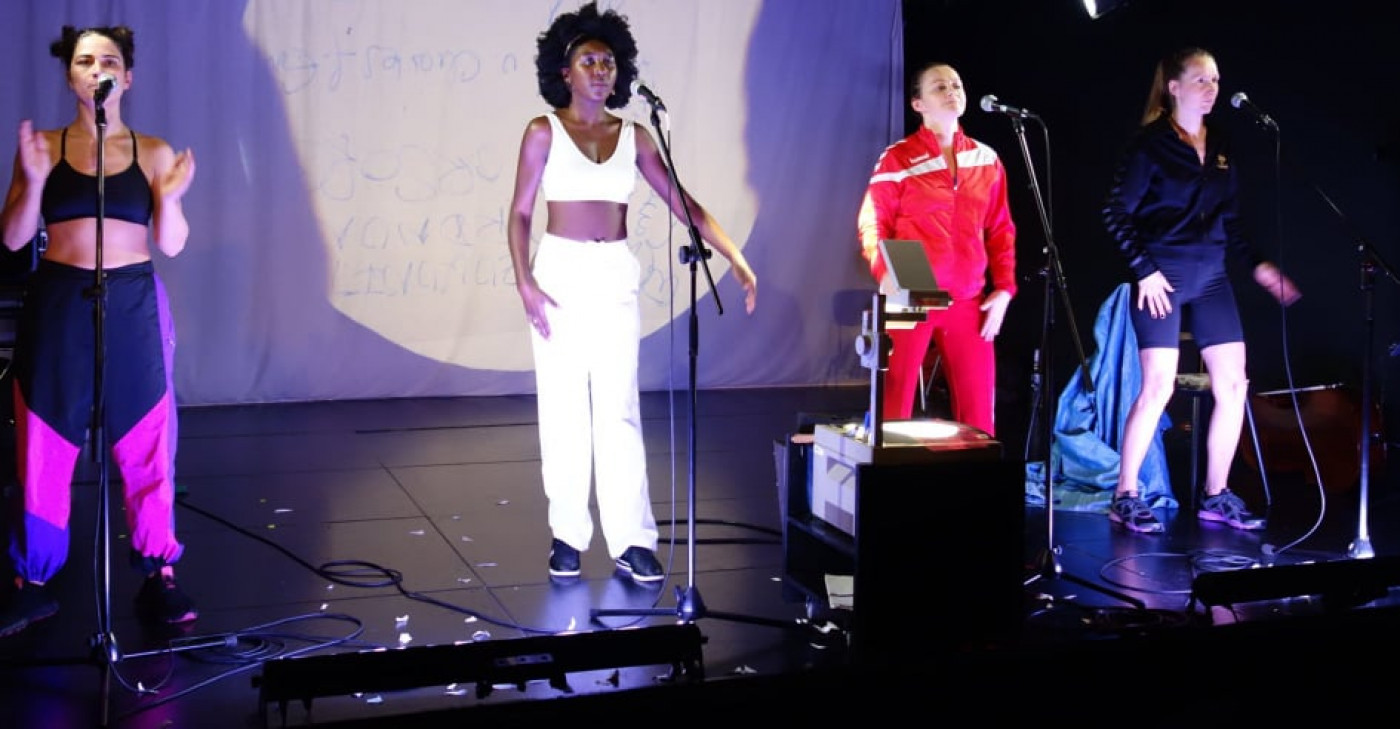 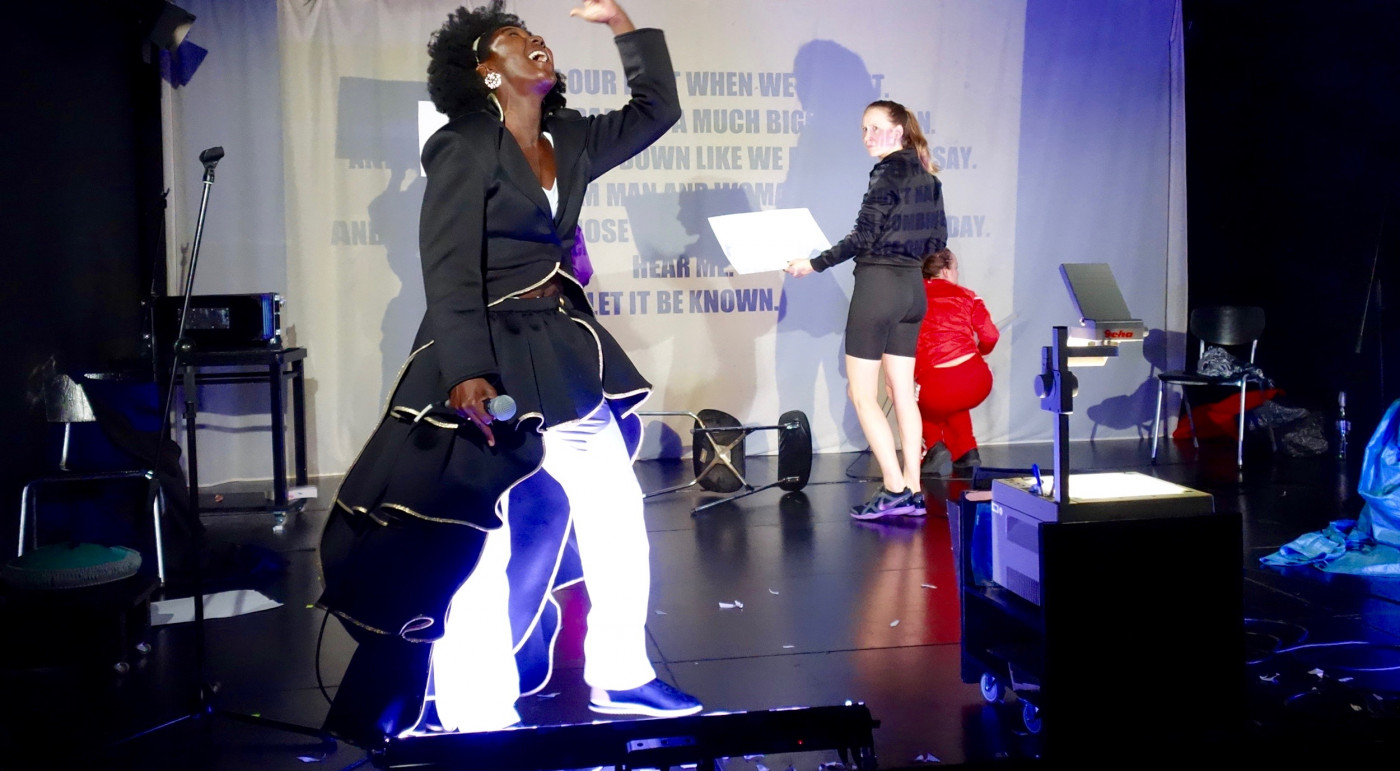 Performance based on „Madame Bovary” by Gustave Flaubert

The discussion will be held in Polish and German

If we stroll through the last century, definitely we are going to/will find not only one Bovary among us. We have always thought that we have known her, but nowadays we are embarrassed when asked who she is exactly at the current moment.

Gustave Flaubert’s novel and at the same time a fairy tale about young Emma, who is firstly brought to the city by a knight on a white horse, afterwards contradicts any forms. It has been created by a man and fantasies, which have been relayed by the author, are also male. Therefore, who is this character in the novel, who is not going to be anything more than just a fantasy if we do not provide it with a more feminine and sensual perspective? Madame, who is constantly trapped between the memory of great literature of realism, novel’s assumption justifying her naive behaviour with her descent, and at the same time soaked with current expectations towards modern and independent woman of tomorrow.

Independent Bovary who aims at greater noticeability and wins the streets for herself, or voluntarily invisible Madame who emigrates to her own fantasy world? So where can we find her - the young Bovary ready to change? The active, drifting and creative Bovary who is supposed to become the searching, timeless creature balancing between resignation and big expectation. Madame Bovary, in a composition created by a man, can follow her inner music - trapped between lost ideals and future longings.

Fundacja od Wschodu do Zachodu / From the East to the West Foundation - was established in Lublin. It is managed by Joanna Lewicka, Katarzyna Tadeusz and Marta Góźdź  -El Bruzda, artists who, over the years, have completed many educational and artistic projects in the country and abroad. The main aim of the Foundation is to develop and strengthen international cooperation with the primary emphasis on transcultural dialogue between Germany, Poland and Eastern European countries. Performance titled ‘’Bovary” has been created in cooperation with Gostner Hoftheater in Nuremberg with the financial support of the Foundation for Polish-German Cooperation.

Joanna Lewicka - studied philosophy, Romance studies and cultural studies at the University of Konstanz. She graduated in theatre directing from the Frankfurt University of Music and Performing Arts (HfMDK). She has completed her apprenticeship, among others, at Schauspielhaus Zürich and she directs in Poland and Germany. Since 2015, she has been working at Khmer Community Development in Cambodia on behalf of the German Agency for International Cooperation/Civil Peace. She is the winner of Stanisław Hebanowski "Klasyka Żywa" [tł. Living Classics] prize and Gazeta Wyborcza’s Event of the Year 2012, among others. She is a scholarship holder of the Senate of Berlin, GVL Berlin and the Minister of Culture in Poland. She is a theatre lecturer at the State University of Music and the Performing Arts in Stuttgart.

Christine Haas - studied theatre and media studies, contemporary German literature as well as pedagogy in Munich and Erlangen. Professional stations: Staatstheater Nürnberg, Schauspiel Frankfurt, among others. She has been a permanent member of the management of the Gostner Hoftheater in Nuremberg since January 2022.

Marta Góźdź - El Bruzda - is a philosopher and clothing designer by education. Prizewinner of Off Fashion in Kielce, First Award at the festival of production and costume designers Vizuart 2013 in Rzeszów, ‘’Klasyka Żywa” and Gazeta Wyborcza newspaper. She is currently working in Poland and Germany.

Tomasz Krzyżanowski - is a composer, arranger, musician and singer. He is an author of music for dozens of theatre performances, concerts as well as films and other art projects. For 15 years he has been the music director of the CHOREA Theatre in Łódź as well as the Choir of the CHOREA Theatre. Performances with his music have been awarded several times, incl. the competition ‘’Klasyka Żywa” or The Best OFF. He is currently working in Poland and Germany.

Philine Bührer - studied acting at the Folkwang Hochschule Essen, and during her studies she gave guest performances at the Schauspiel Essen. Then the Düsseldorfer Schauspielhaus and Schauspiel Frankfurt, Theater Bonn, Theater Bern/Switzerland, Graz National Theatre/Austria. She has worked with Anna Badora and Oliver Frljića, among others. She cooperated frequently with the Bonn Fringe Ensemble, incl. on the "Brillante Saleté" project, which was created in Burkina Faso.

Yudania Gómez Heredia - is a Cuban conductor, organist, composer and performer. Her artistic talent was noticed in her homeland when she was only seven years old. There, she was educated in singing, music theory, choral conducting and composition. In Germany, she graduated in church music and is currently studying conducting at the Nuremberg University of Music. She regularly gives organ concerts throughout Germany and conducts.

Johanna Steinhauser - studied acting at The University of Music and Theatre "Felix Mendelssohn Bartholdy" in Leipzig. Professionally related, among others, with Neues Theater Halle, Centraltheater Leipzig, Saarländisches Staatstheater Saarbrücken, Staatstheater Nürnberg and Grenzlandtheater Aachen. She has been performing regularly at the Gostner Hoftheater since 2015.

Katarzyna Tadeusz - combines work on stage with experience at performances’ production and cultural projects’ management. She graduated from Anthropology at the University of Silesia in Katowice and the Academy for Theatre Practices in Gardzienice. She is the prizewinner of Herald Angel and Total Theatre at Edinburgh Festival as well as the individual actor’s award at the 51st Kalisz Theatre Meetings.

The performance was created as a co-production of Gostner Hoftheater and the From East to West Foundation, with the financial support of the Foundation for Polish-German Cooperation.