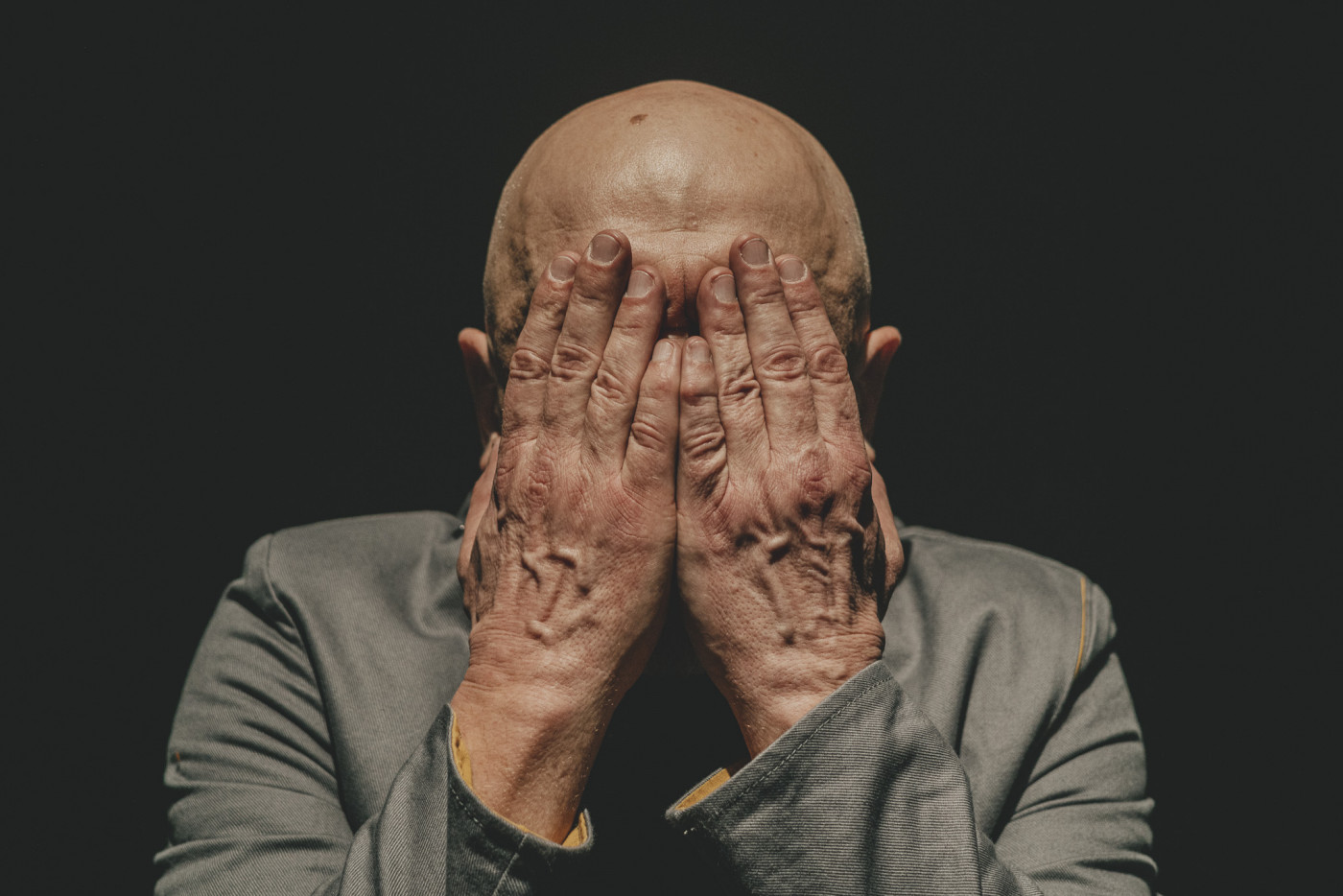 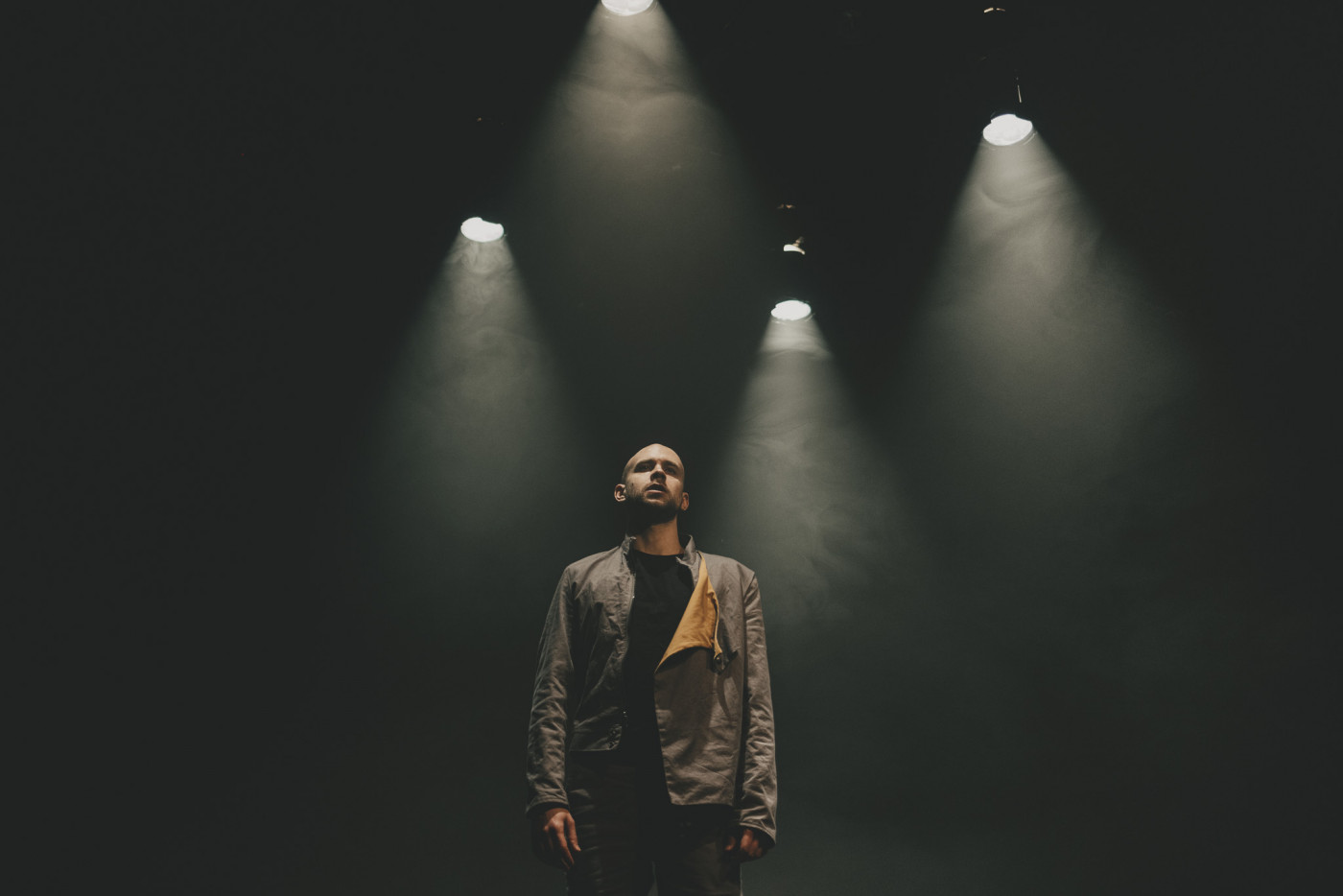 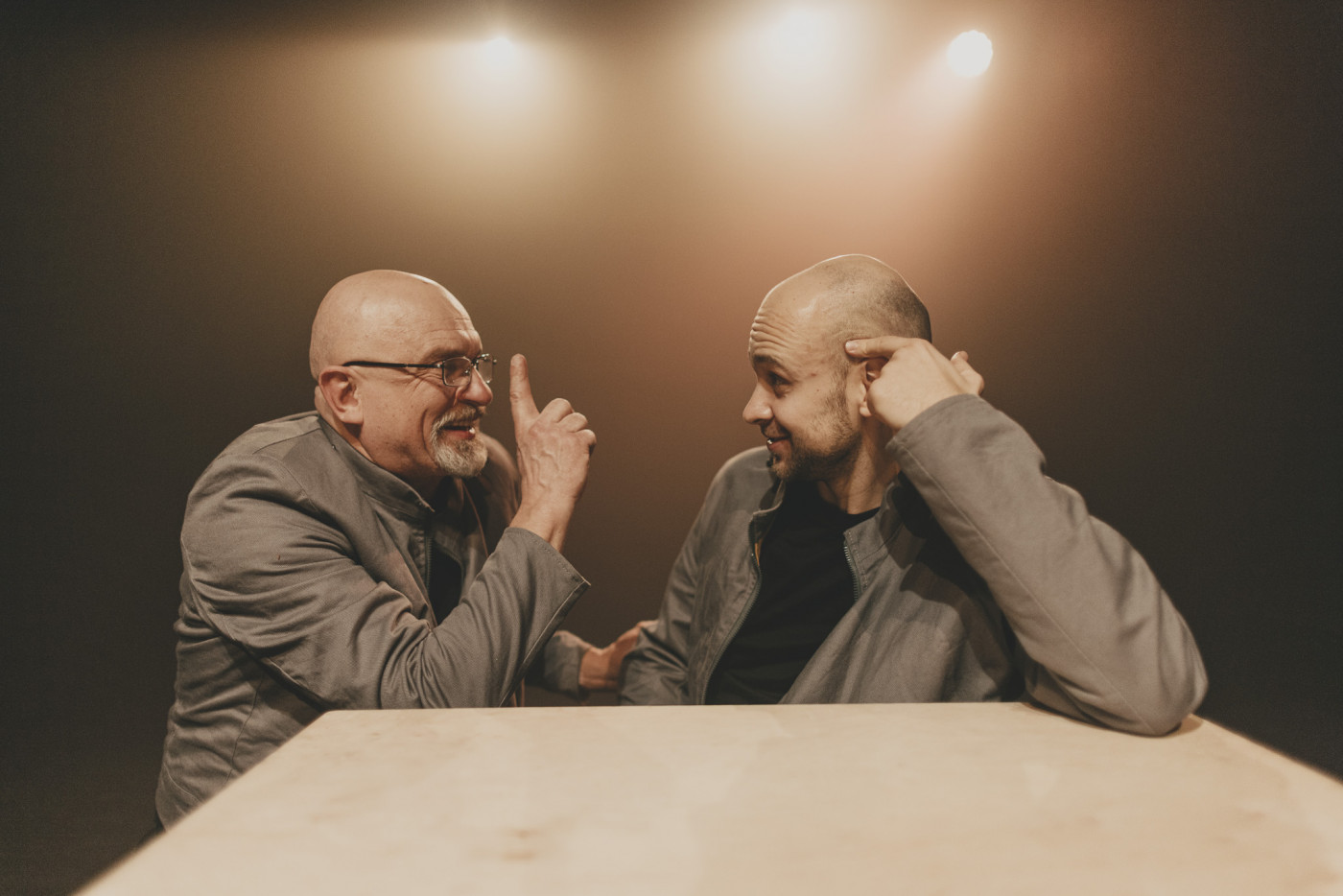 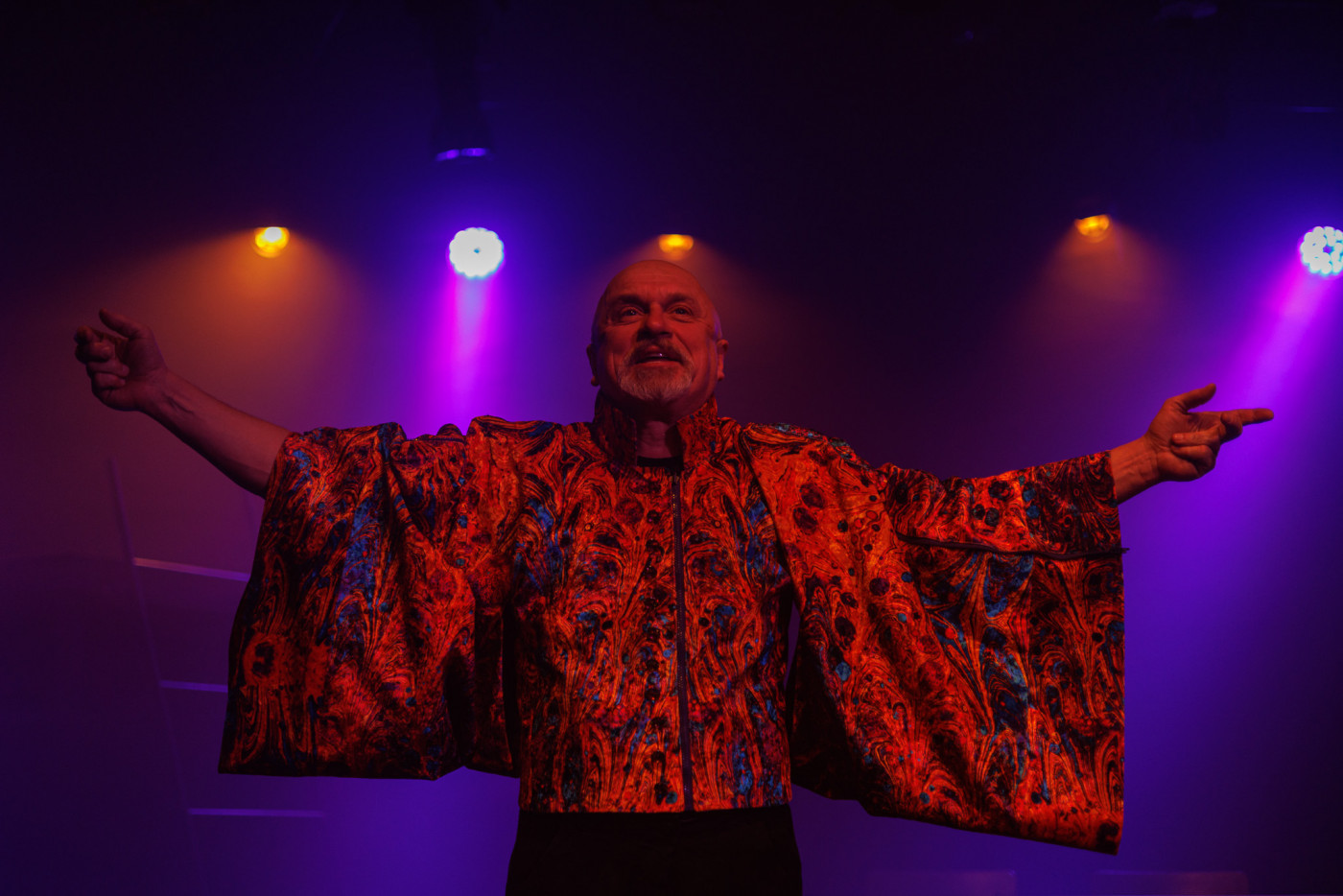 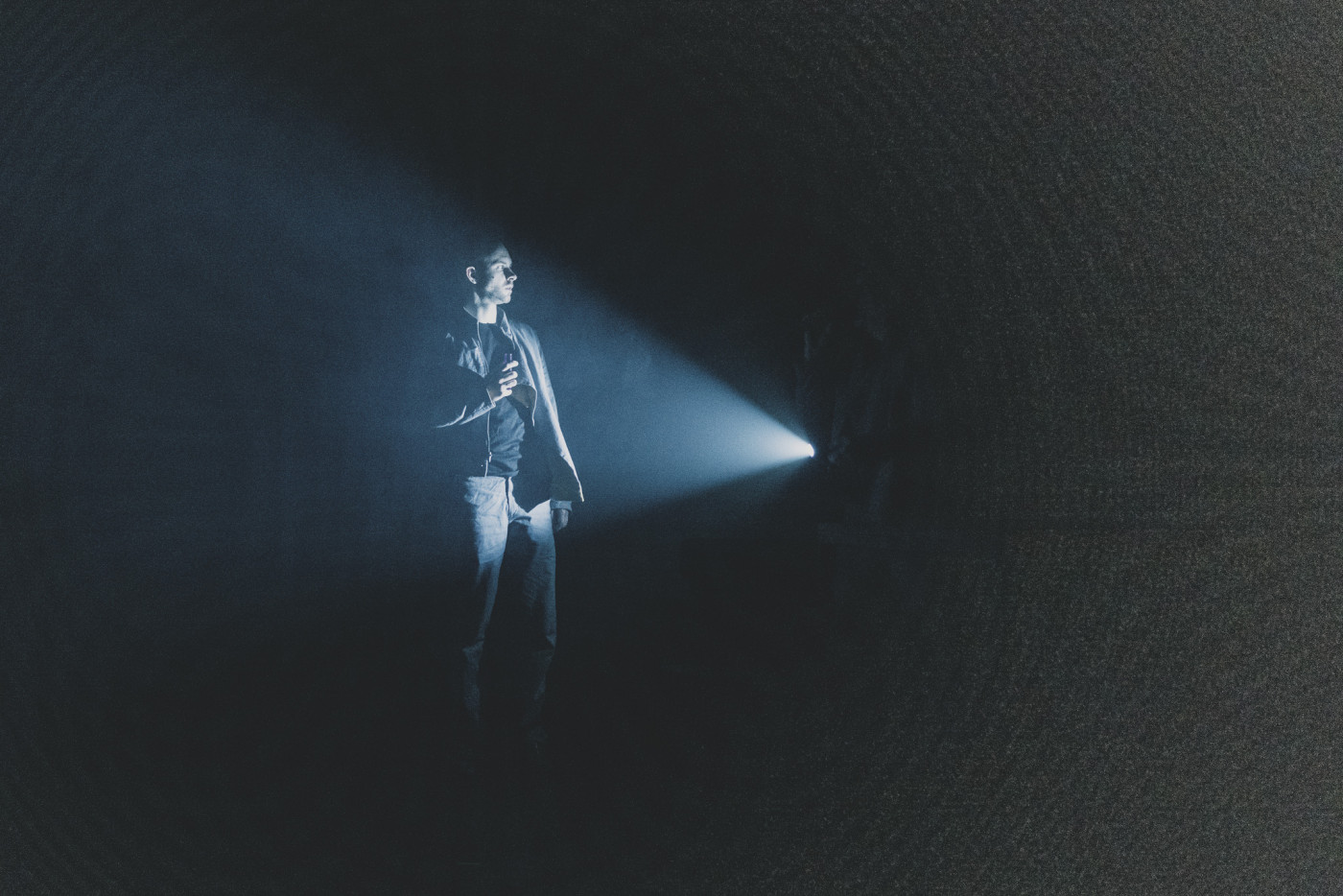 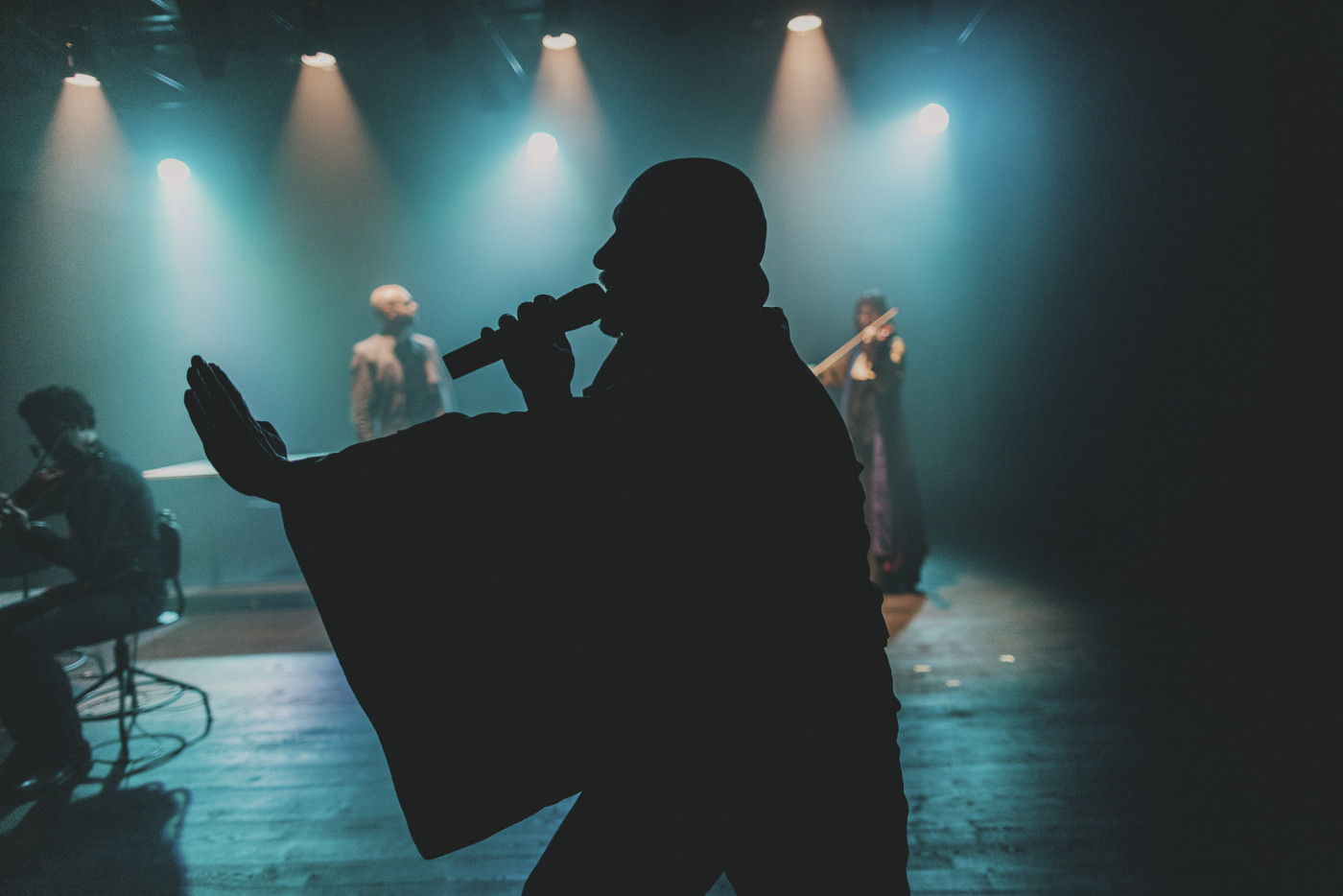 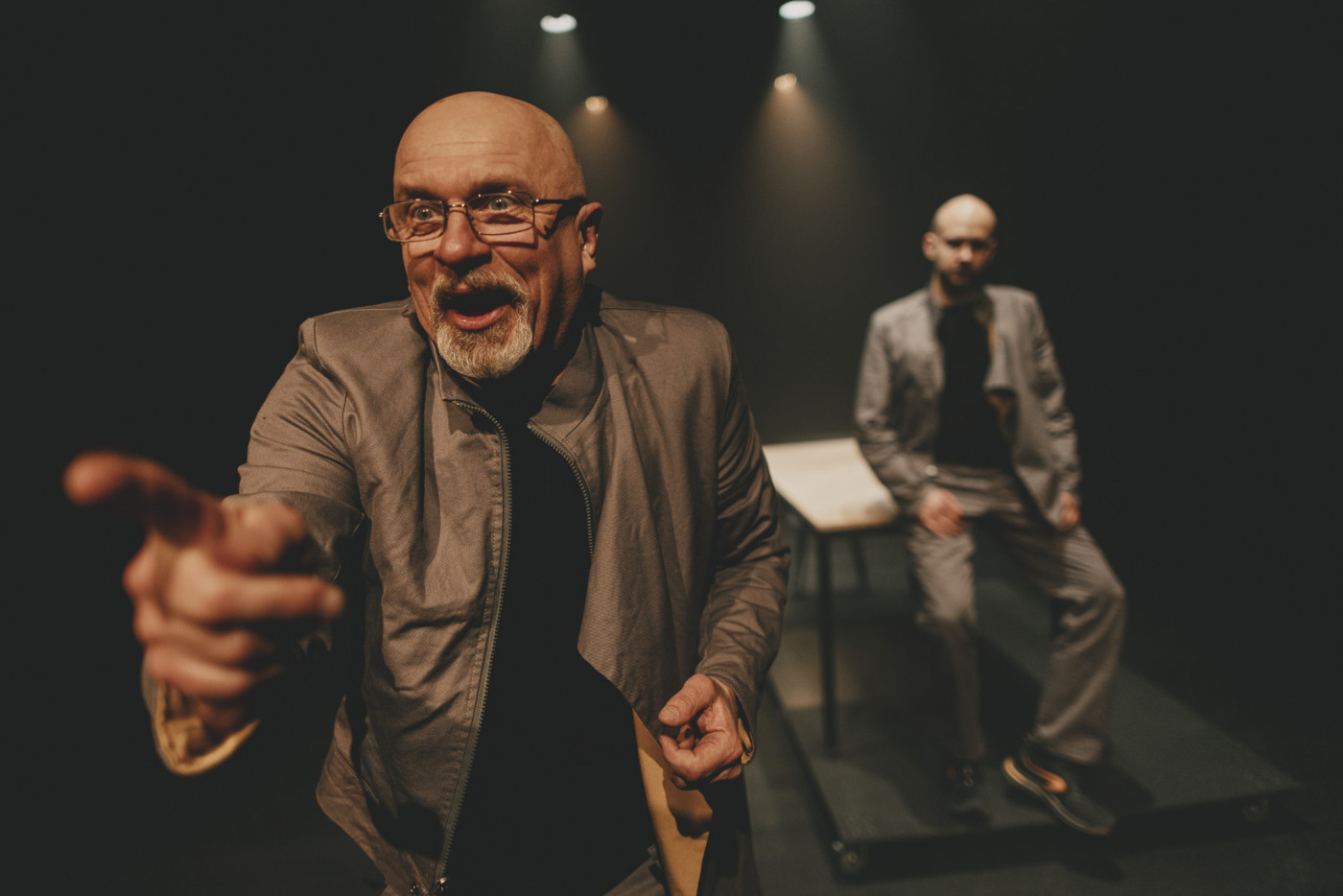 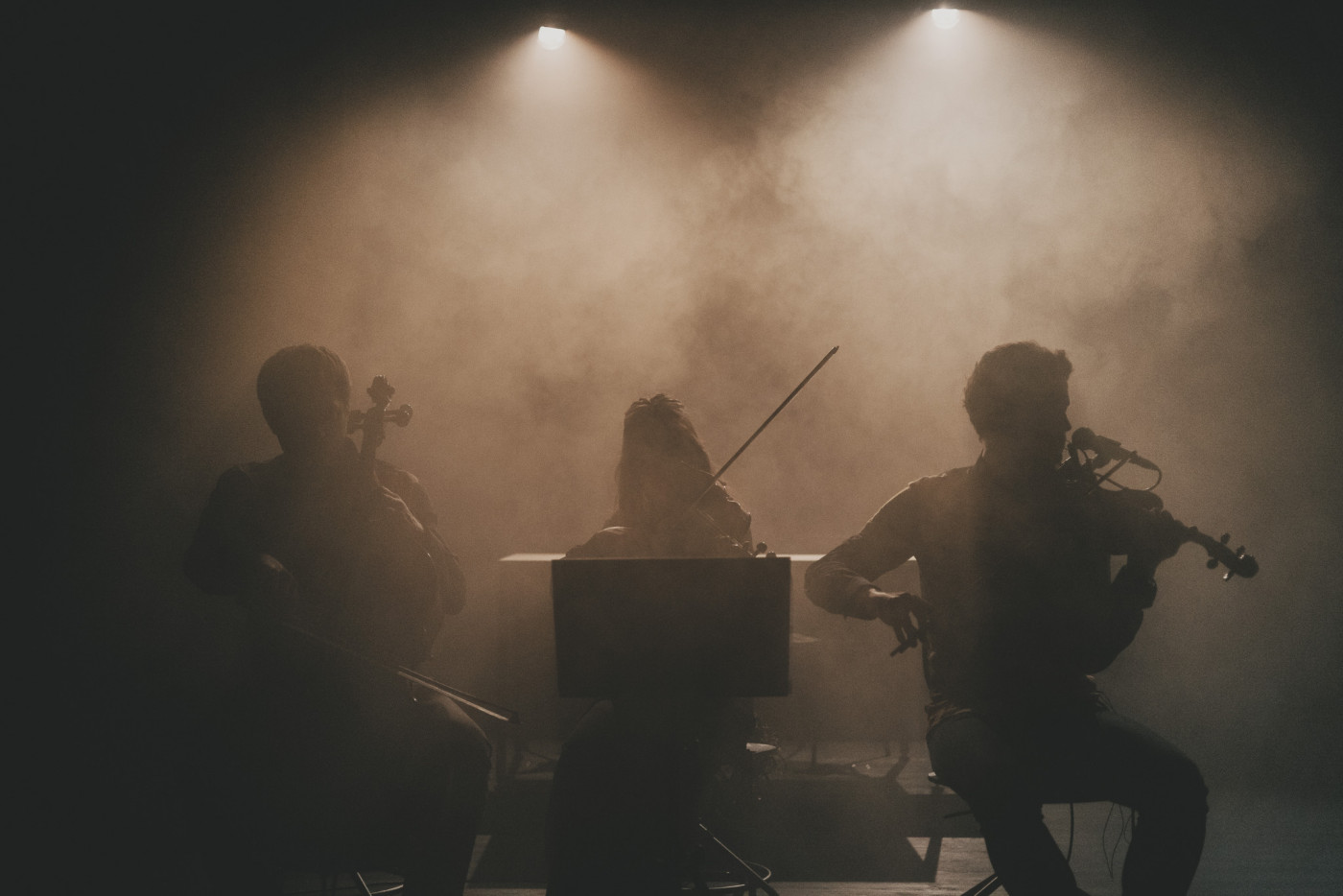 The Futurological Congress takes place in the near future, in the world stricken by demographic and climate crisis. Ijon Tichy, space traveller and scientist in one person, sent to that unusual and colourful convention, attempts to understand events that soon take an unexpected turn. In mascon’s fumes, among sounds of a mysterious concert, together with the main hero, we are trying to seek the truth about the world, which starts to resemble… futuristic funfair of hallucinations. The performance of Drama Reading Room Theatre is an adaptation of the satirical novel by Stanisław Lem, and in many of its themes a prophetic one. The edge of satire, aimed primarily at the futurologists popular in the 1970s and interpreted today, becomes a crooked mirror of the conflict between a sceptical scientific worldview and pseudo-scientific theories and utopian ideologies. On the other hand, Lem's novel, kept in a light convention, is a true masterpiece of word formation, a feast of unlimited creativity and fun. Thus, it allows, in a theatrical adaptation, to pose a question not only about the possibility of surviving the confrontation with a totalitarian system, but also to ask about the limits of freedom and creativity in the field of language. A special advantage of the performance is original music performed live. The performance is the fruit of the meeting of the two: director Daniel Adamczyk and playwright Maciej Gorczyński, and their theatrical explorations of the rich work of Stanisław Lem. "The Futurological Congress" turned out to be a very attractive text as well as extremely up to date, satirical and prophetic. The issues, raised by Lem with his characteristic lightness, related to the futurology popular in the 1970s: overpopulation, ecological catastrophes, wars, dealing with reality with the use of various psychoactive substances, paradoxically force to reflection - where are we as a civilization, where are we going, what are the possible landings? How will our great new world of the future look like? Don’t politicians and scientists already resemble the futurologists of the 2098 congress? And is there any room for retaining one's identity, criticism and separateness in the world of media and post-truth?

Apart from the actors: Jarosław Tomica and Michał Jóźwik, outstanding musicians were invited to create the performance: Joanna Szczęsnowicz, Jan Jaworski, Szczepan Pospieszalski and Jan Tarkowski. Working with them assumed composing a musical interpretation of “The Futurological Congress". With the help of string music, trumpet, electronics and their own voices, they create a mysterious world of science fiction live, functioning on the stage equally with the actors.

Daniel Adamczyk - theatre director, founder of Drama Reading Room Theatre in Lublin. During his Polish studies at the Maria Curie-Skłodowska University in Lublin, he founded the Scena 21 Theatre. He was a member of the Scena Plastyczna KUL group by Leszek Mądzik, for almost 5 years associated with the Centre for Theatre Practices "Gardzienice", where he graduated from the Academy for Theatre Practices and took part in the performance ("Znak Kaina” directed by J. Brennan), co-organized 3 editions of the Festival of Wandering Theatres. In 2010-2015 he was the program coordinator and curator of the Students' National Theatre Festival "Kontestacje". He is the founder and program curator of Czytelnia Dramatu established in 2010 - a project supporting and sharing the latest Polish and foreign dramaturgy. At the Drama Reading Room Theatre, he directed the following performances: "Wejście smoka. Trailer" based on the drama by M. Pakuła, "W imię ojca i syna" based on the text by Sz. Bogacz - the performance received the top prize at Letnia Scena in Łódź in 2014, "Ony" based on the play by M. Guśniowska - award for the Best Performance in the 21st National Competition for Staging Contemporary Polish Plays, Audience Award at the R@port festival in Gdynia, “Miasto Dada” based on a text written together with the poet Wojciech Dunin-Kozicki and performances for children: "Brak sensu, Aniołek, Żyrafa i stołek" and "Bajki Wilde" based on the Oscar Wilde’s fairy tales at Hans Christian Andersen Theatre. He is a three-time scholarship holder of the Mayor of the City of Lublin. Currently, he is associated with the Centre for Culture in Lublin. He received an award for artistic achievements and a jubilee award for 10 years of artistic activity from the Mayor of the City of Lublin. In 2021, he implemented two scholarship projects. As part of the scholarship of the Minister of Culture and National Heritage, together with musicians and singers related to traditional music, he created a theatrical project entitled "Memento Mori Dance Club", based on Polish traditional funeral songs. The scholarship of the Mayor of Lublin allowed him to carry out the interdisciplinary project "Co wolność?", to which he invited young artists from Lublin. For many years, he has been conducting classes for children, teenagers and adults, carrying out interdisciplinary projects in various places in Poland, cooperating, among others, with For the Earth Association, the "Muzyka Kresów" Foundation or the BWA-Gallery of Art in Sanok. In February 2022, the premiere of his latest play, "THE FUTUROLOGICAL CONGRESS" based on a novel by Stanisław Lem, took place at Drama Reading Room Theatre.

Maciej Gorczyński - a graduate of the Faculty of Theatre Directing at the AST National Academy of Theatre Arts in Kraków and of Philosophy at the University of Gdańsk. Author of over 30 theatre productions: performances, readings, interdisciplinary and workshop projects, incl. ‘’Inni ludzie” (Teatr Barakah, Kraków 2020) based on the novel by Dorota Masłowska, for which he received awards for directing at the 27th National Competition for Staging Contemporary Polish Plays (2022) and at the 20th Festival of Contemporary Dramaturgy in Zabrze (2021). He cooperated, among others, with the Zbigniew Raszewski Theatre Institute in Warsaw (‘’Ukraina jest światem” 2022), the Centre for Theatre Practices "Gardzienice” (director, actor, teacher, curator of artistic programs, 2007 - 2009; 2014 - 2019), Czytelnia Dramatu at the the Center for Culture in Lublin (director, playwright, curator, 2018 - 2022), the international festival Konfrontacje Teatralne in Lublin (part of the project performance staging “I co teraz?”, 2020), the international artistic collective “Song of Songs” led by Sergei Kovalevich and Natalia Polovynka (actor and singer 2011 - 2013). In 2017, he received the Medal of the Mayor of the City of Lublin, with thanks for his outstanding artistic activity and many years of presence in the cultural life of Lublin. Two-time scholarship holder of the Ministry of Culture and National Heritage. In 2021, he was nominated for Polityka's Passport. He has been a participant of numerous international workshops in the field of acting and traditional singing techniques.

Jarosław Tomica - actor, graduate of The Aleksander Zelwerowicz National Academy of Dramatic Art in Warsaw at the Department of Puppet-Theatre Arts. He graduated from in 1984 and started working at Hans Christian Andersen Theatre. He cooperates with the Center for Culture in Lublin. He has performed in the following theatres: Banialuka in Bielsko-Biała (1981-82), Hans Christian Andersen Theatre in Lublin (1986-95), Provisorium in Lublin (1996-2004). He has also cooperated with other Lublin theatres: Kompania “Teatr”, The Invitro Prapremiere Stage, Drama Reading Room Theatre, Nettheatre, The Old Theatre, Juliusz Osterwa Theatre, the Centre for Theatre Practices “Gardzienice” and with Teatr Rampa in Targówek in Warsaw. Performances with his participation, incl. "Do piachu" and "Ferdydurke" by the Provisorium Theatre, "Ony" by Drama Reading Room Theatre - have won numerous awards in Poland and abroad.

Michał Jóźwik - a graduate of the Polish National Film School in Łódź and the summer acting course at HB Studio in New York. He played in theatres: Teatr im. Horzyca in Toruń, the Musical Theater in Łódź, in off-theatres: CHOREA in Łódź, Drama Reading Room Theatre in Lublin. He is an actor in Teatr Komedii Impro in Łódź. He has played in over a dozen theatrical performances and many short films. He conducts original theatre workshops for children, teenagers and adults.