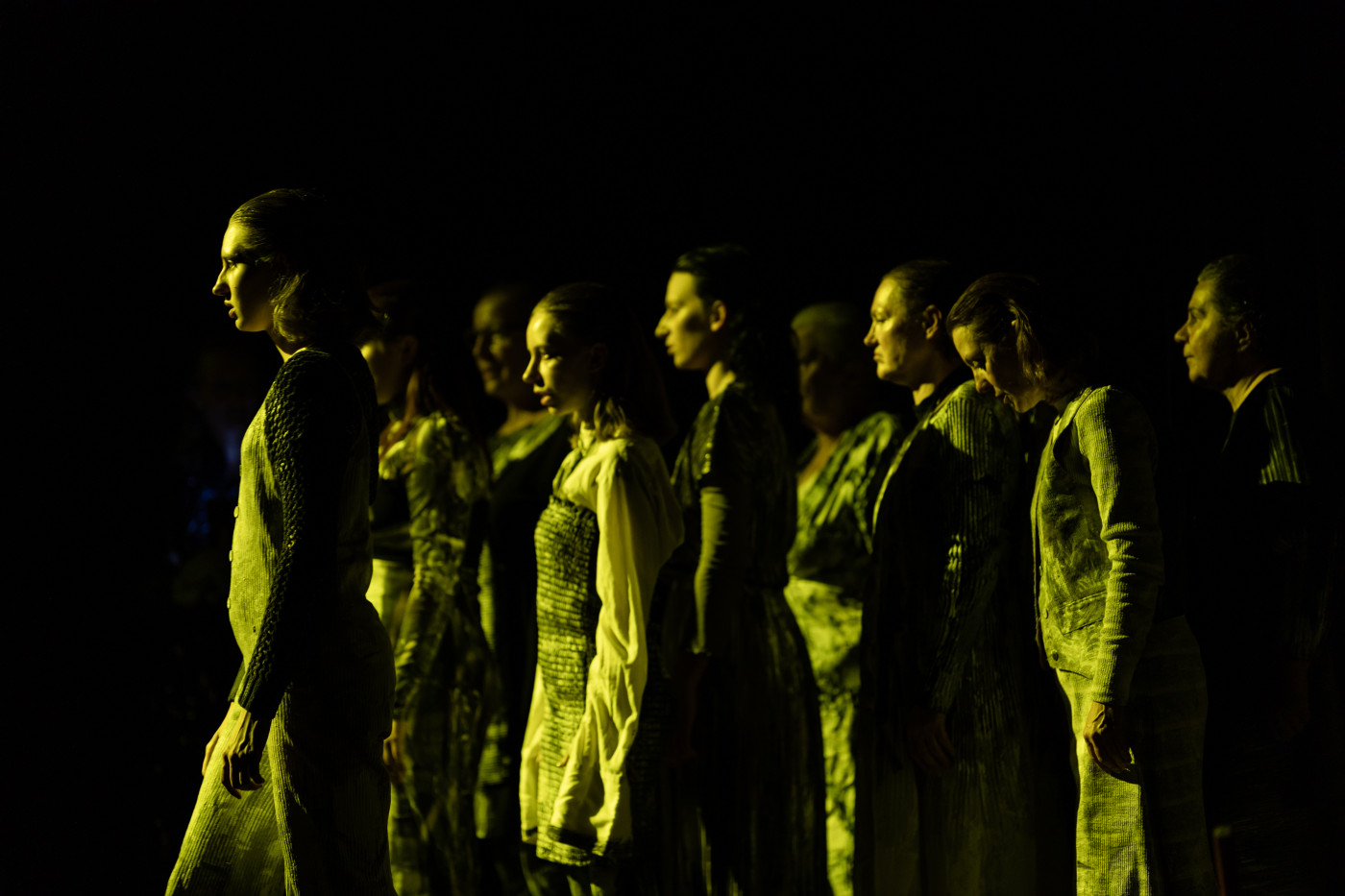 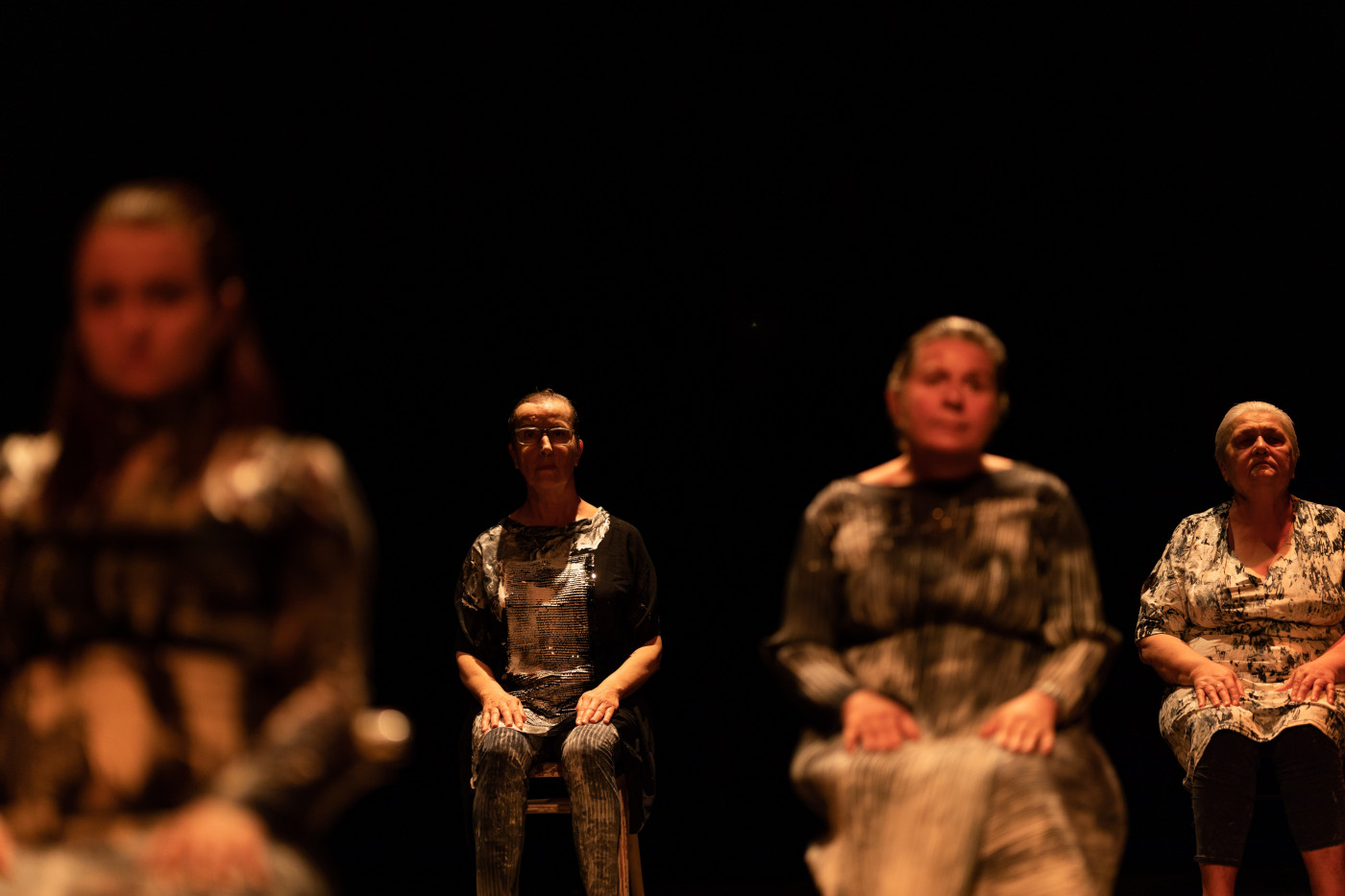 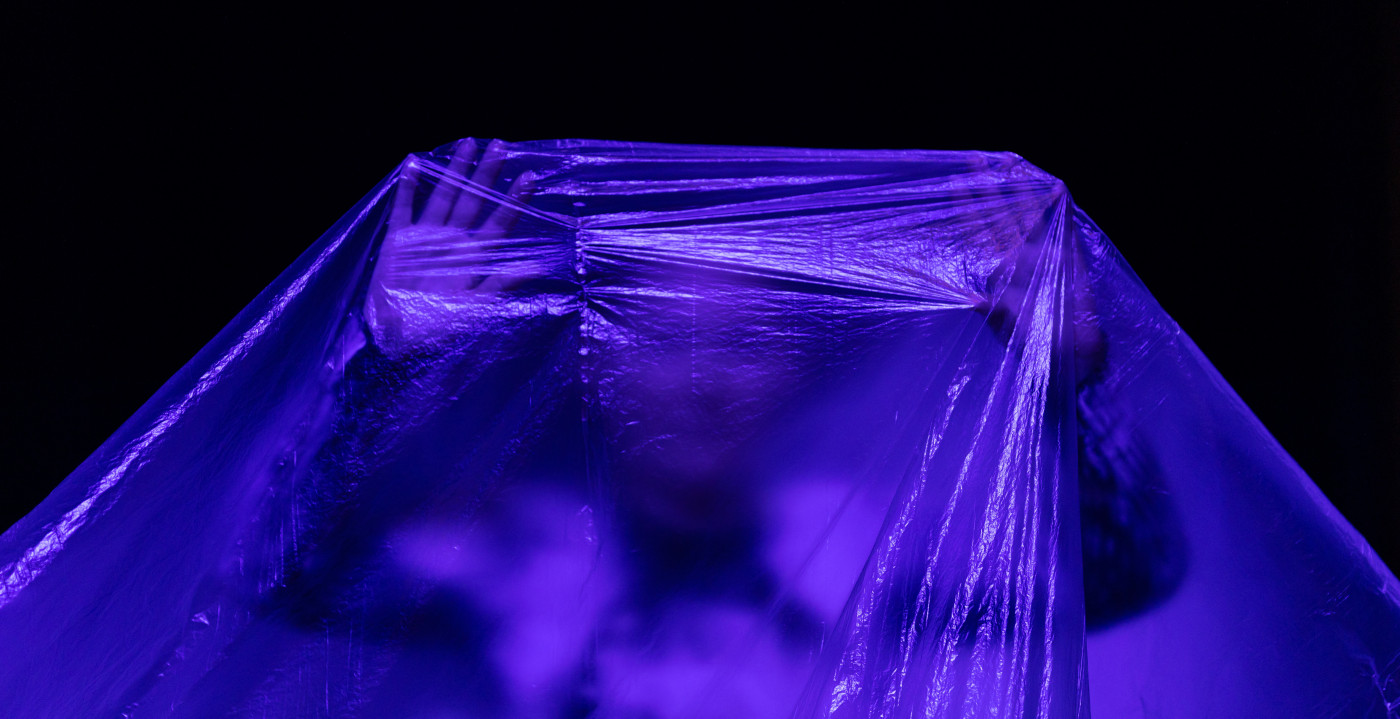 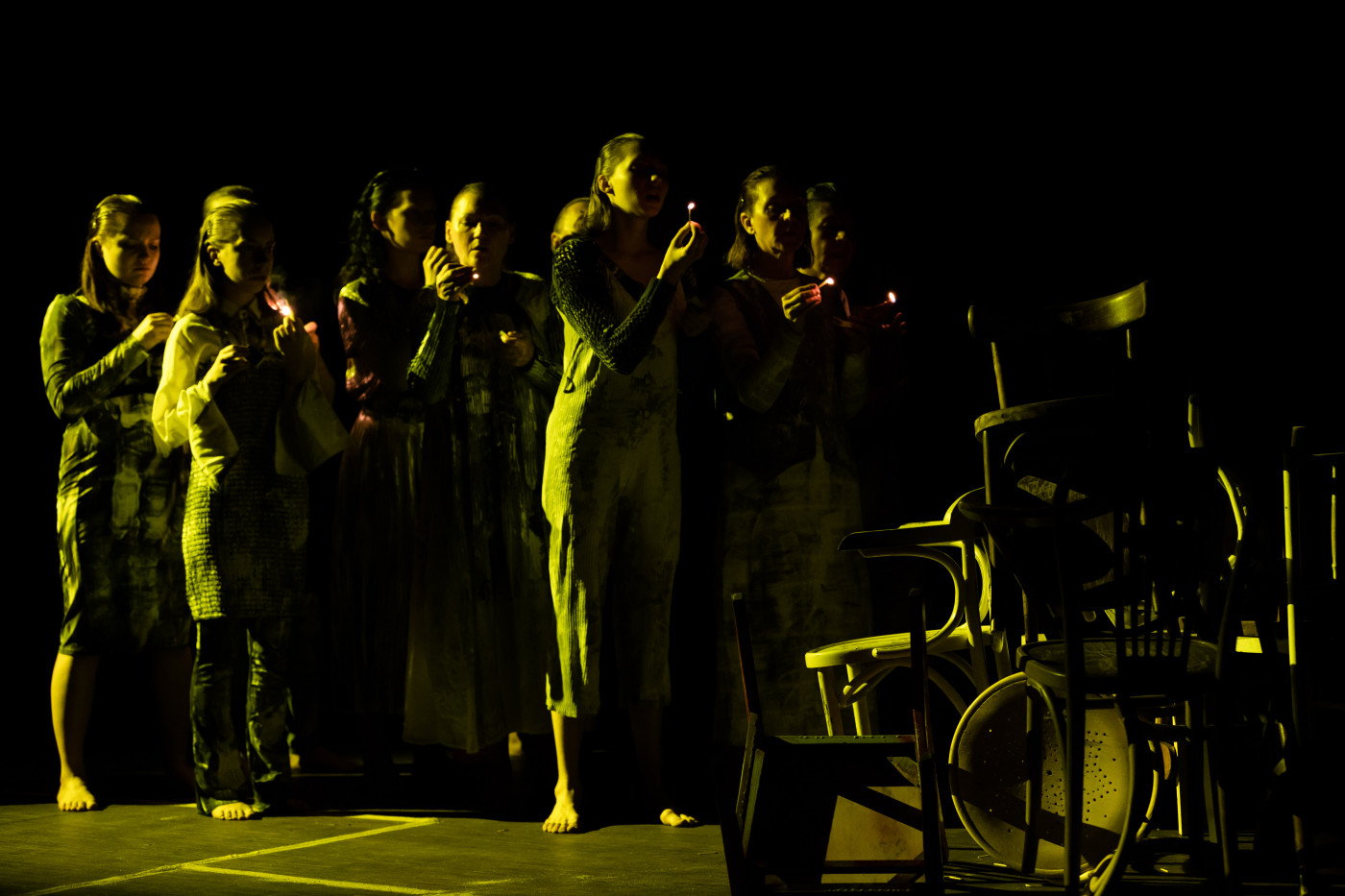 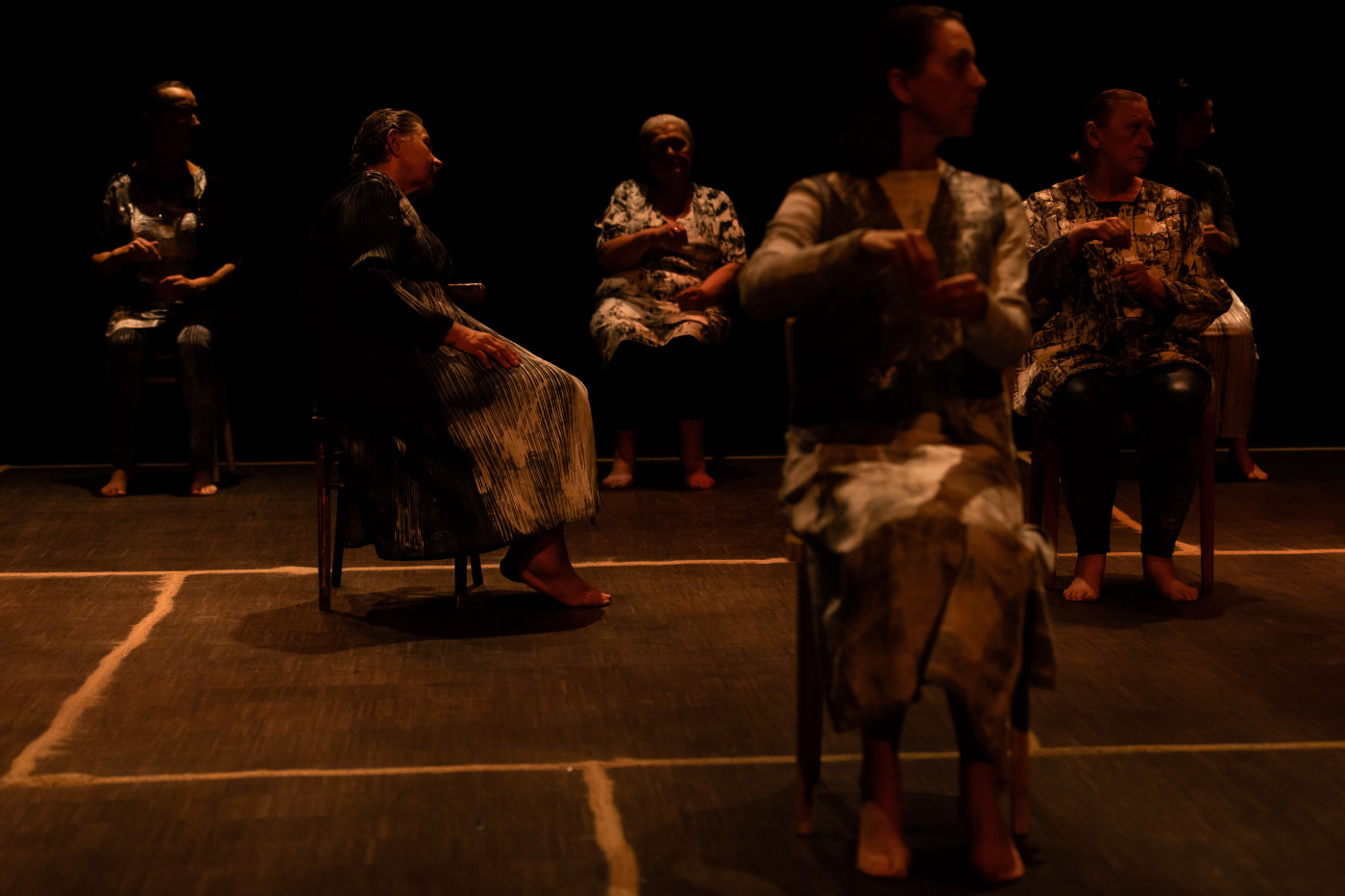 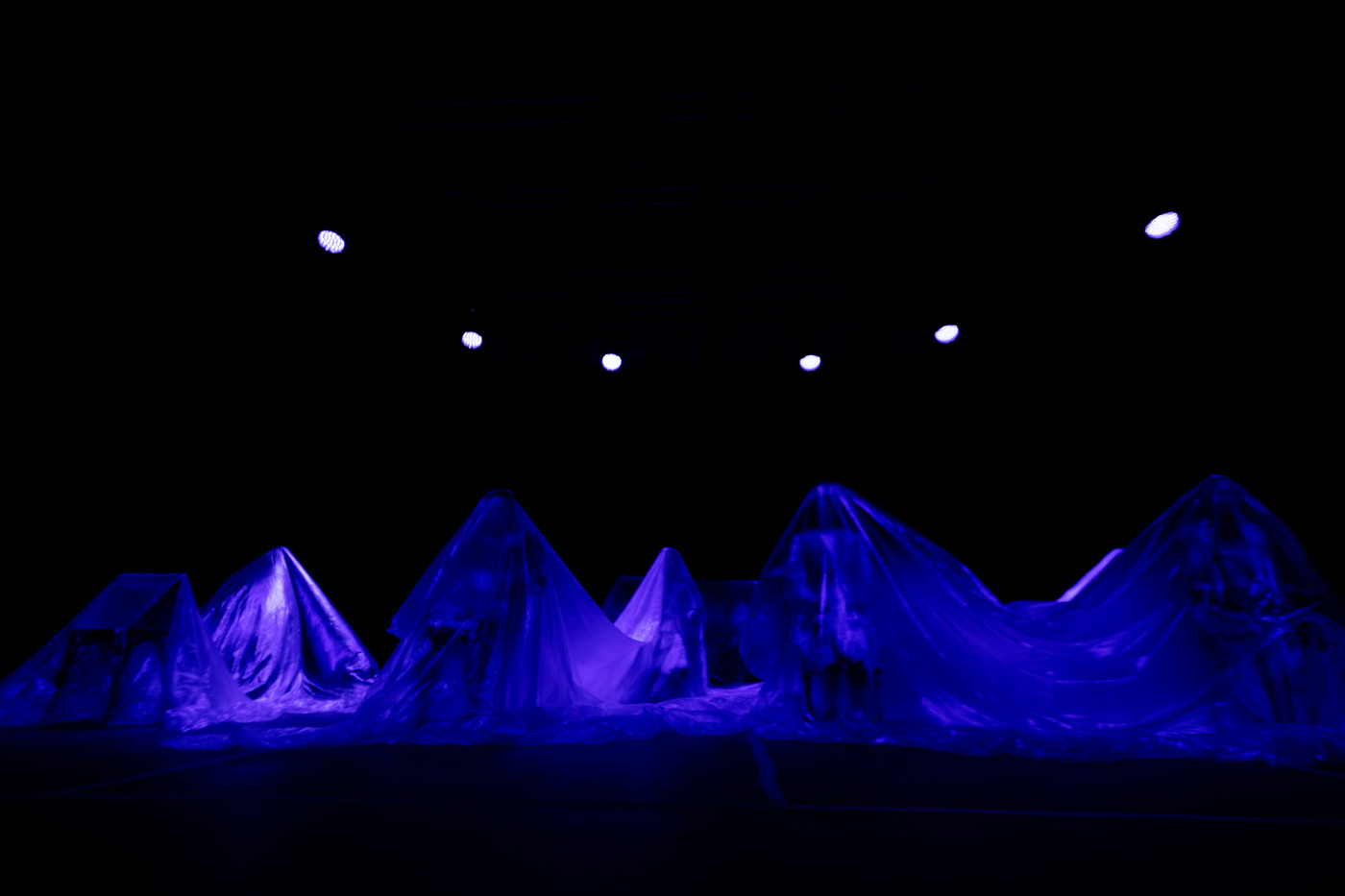 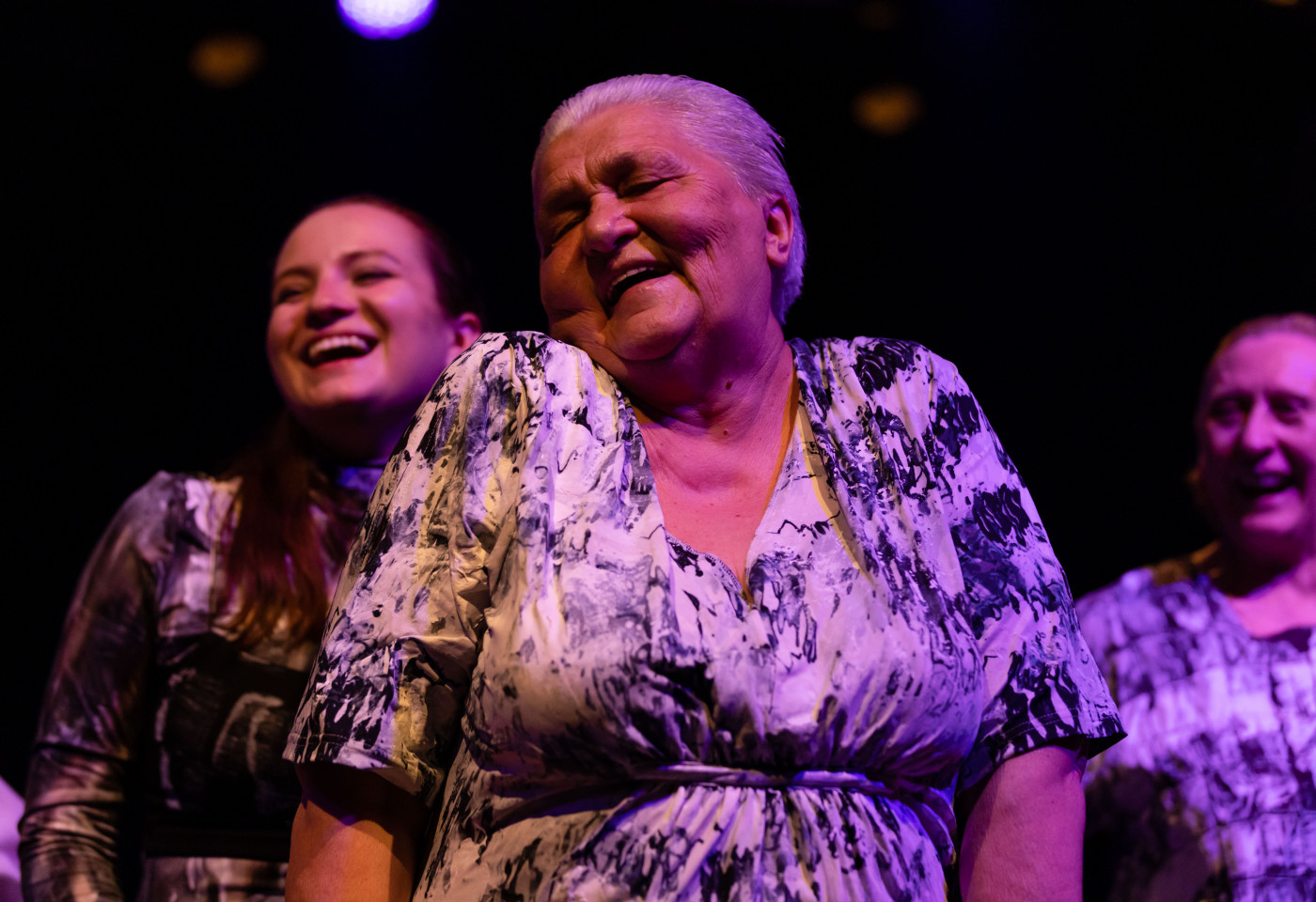 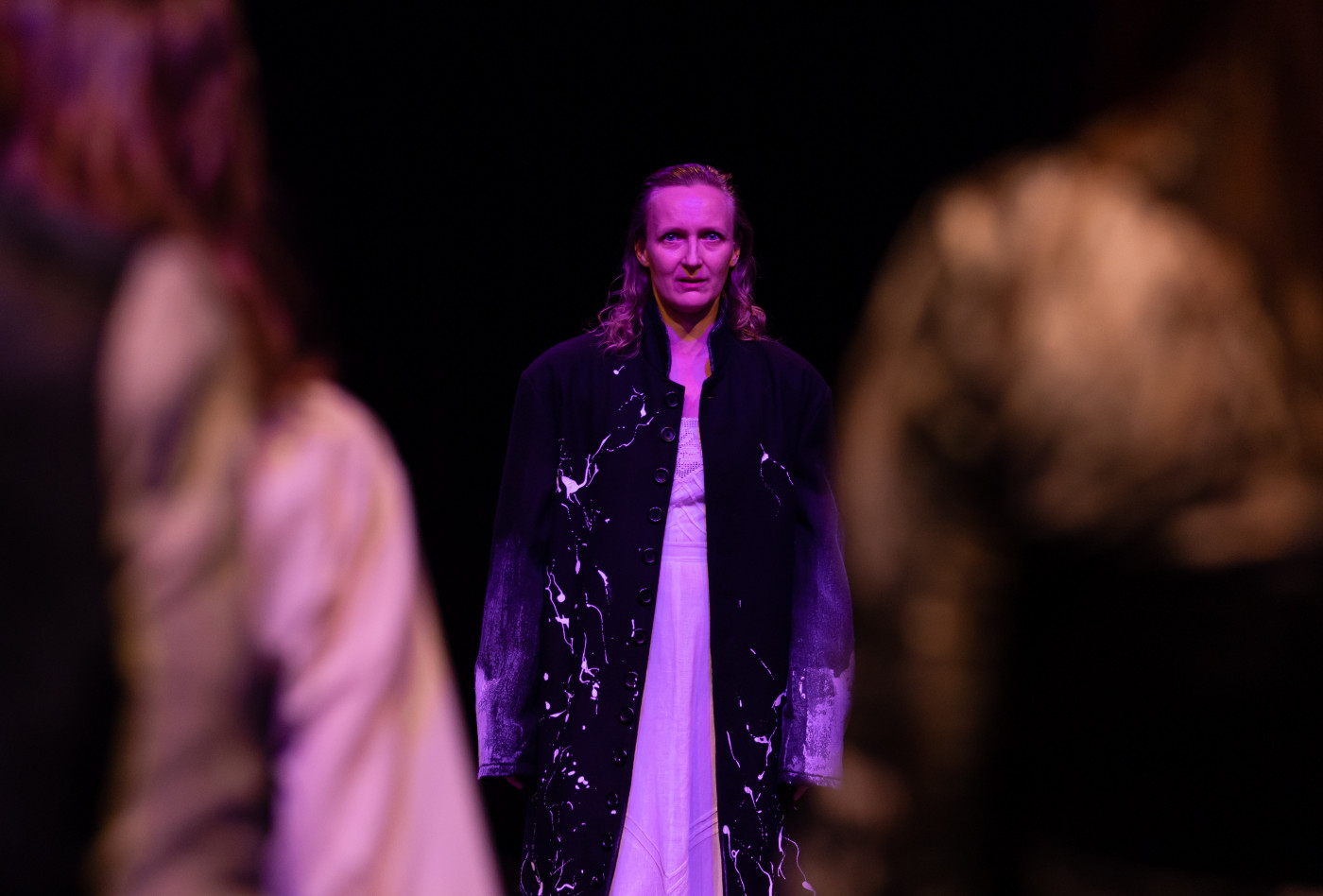 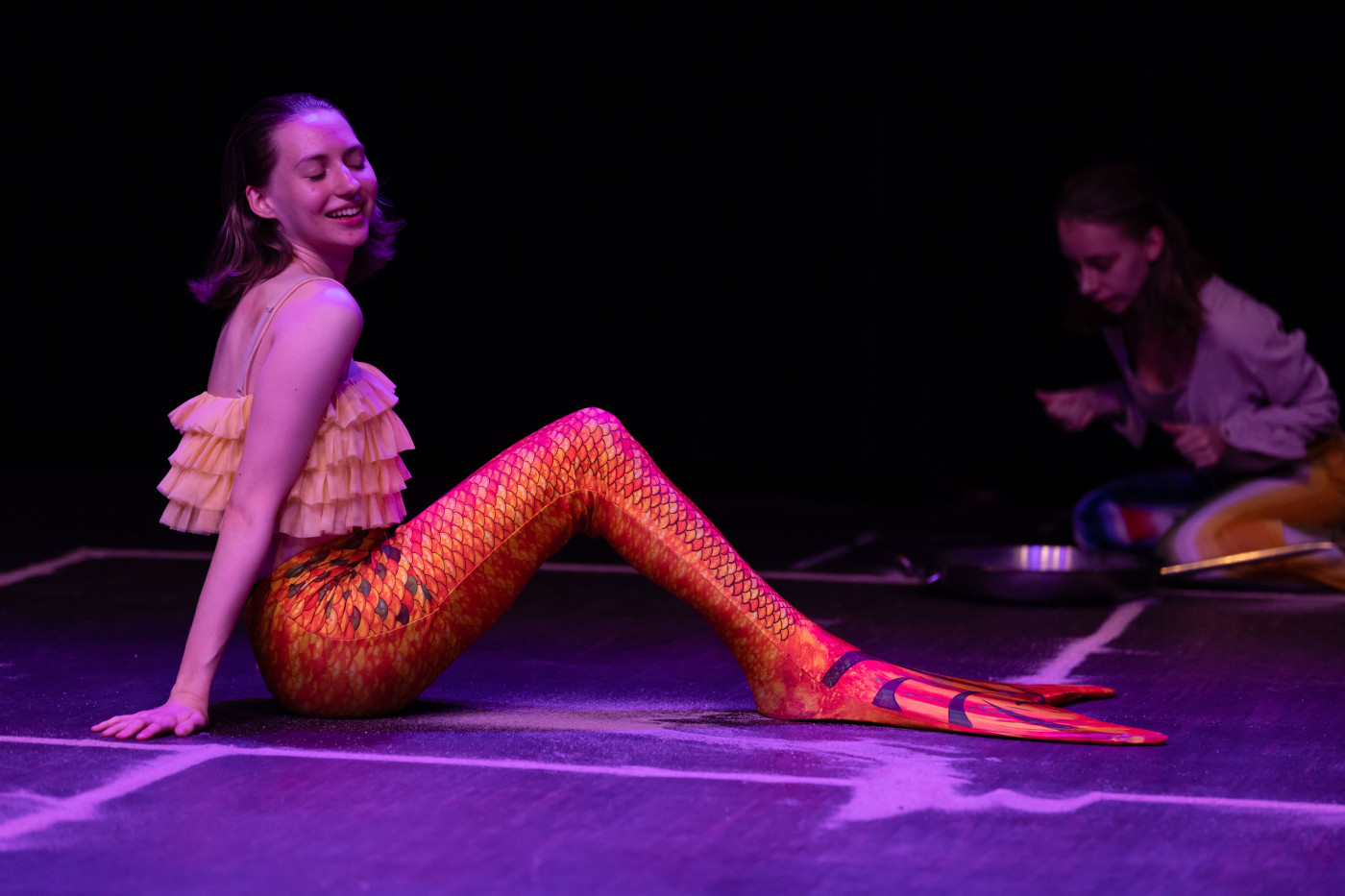 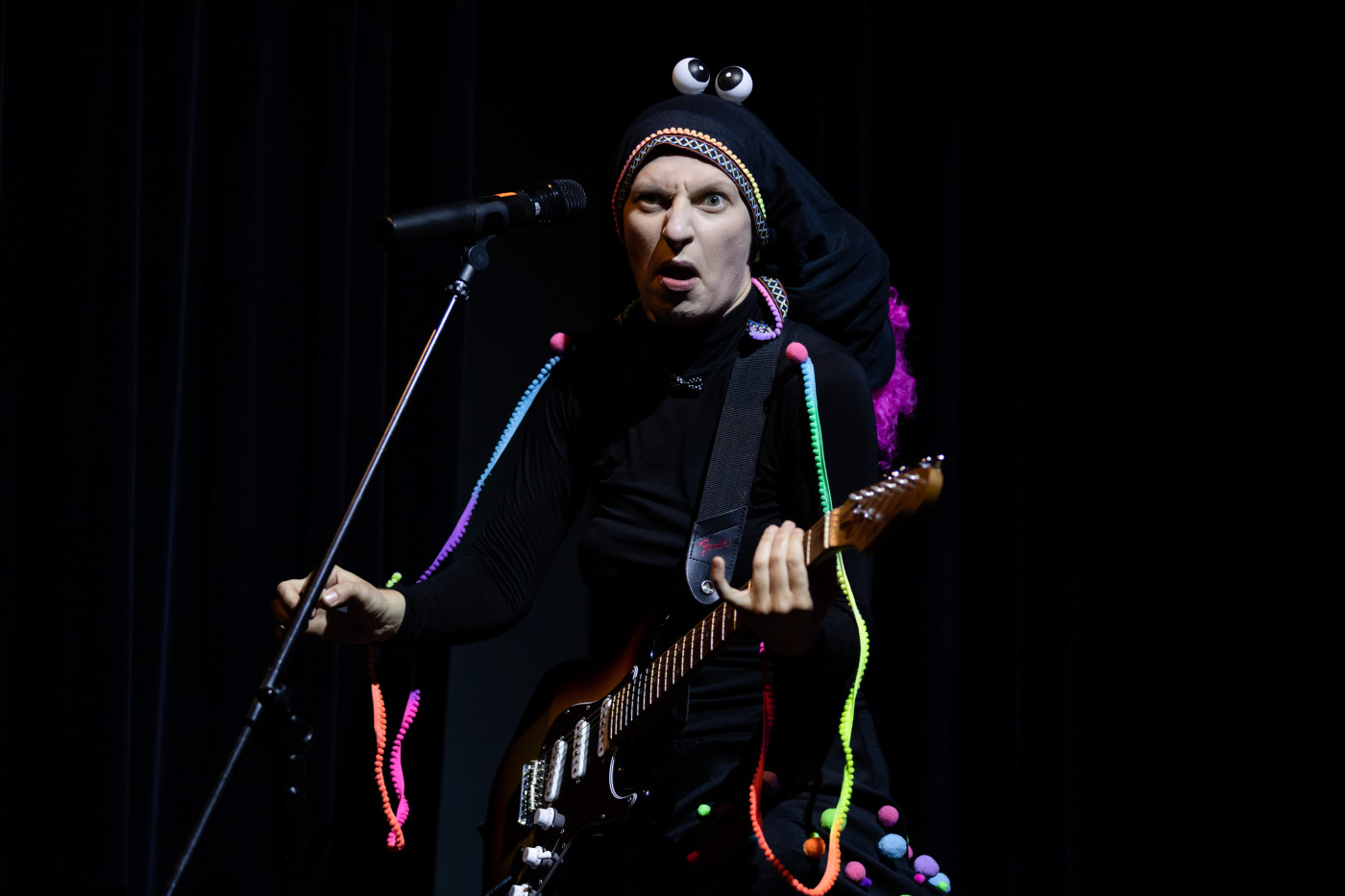 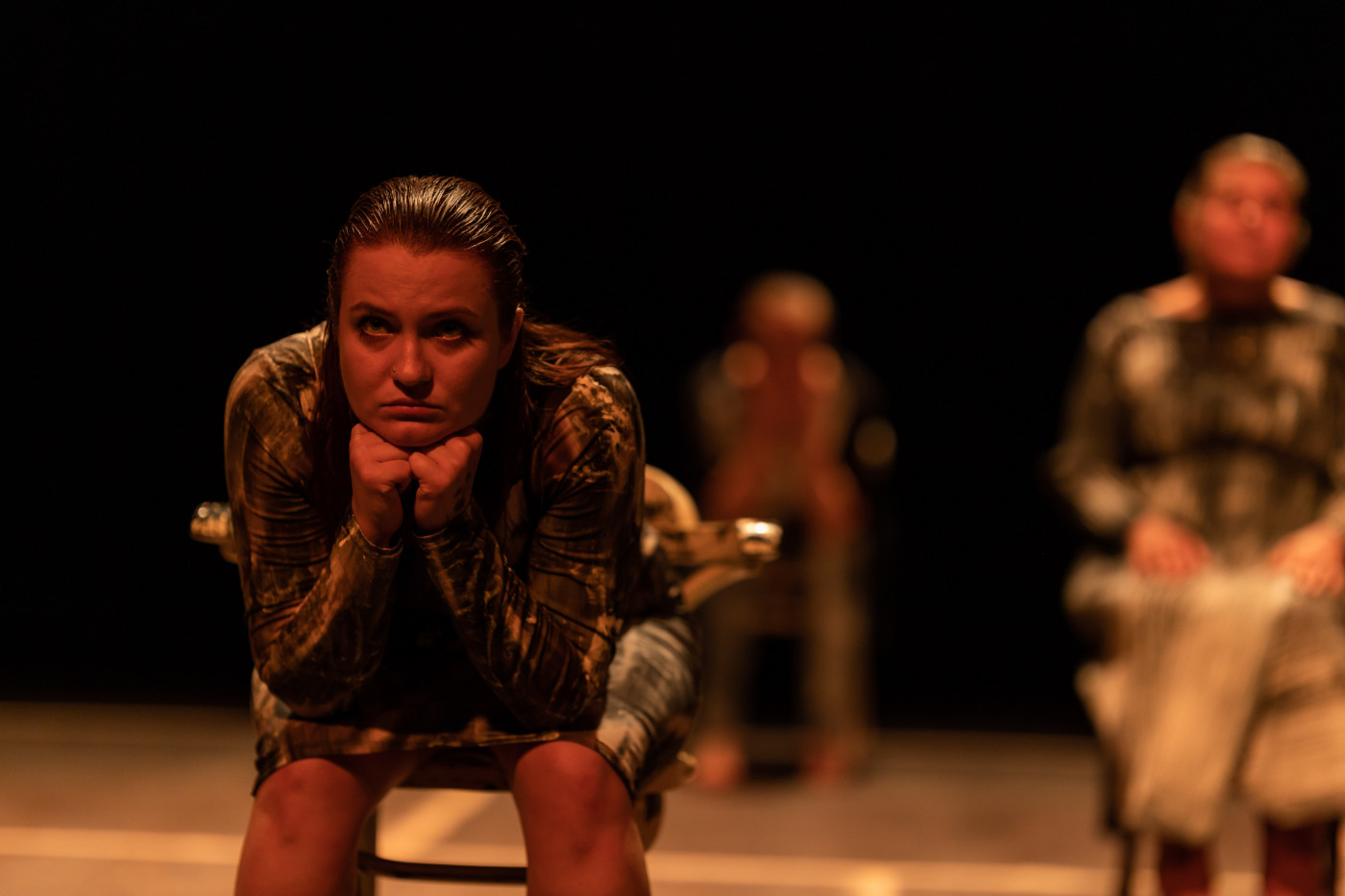 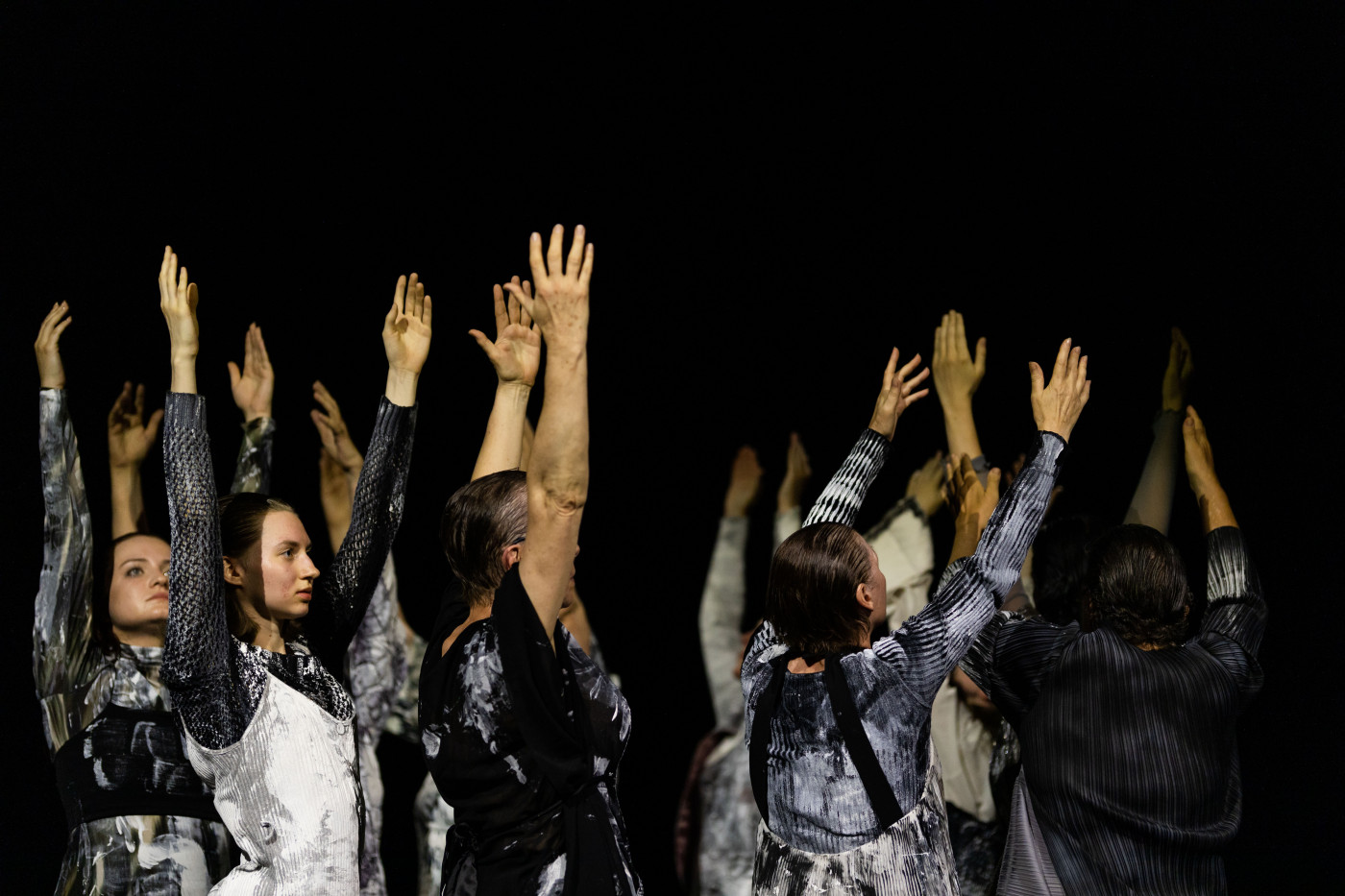 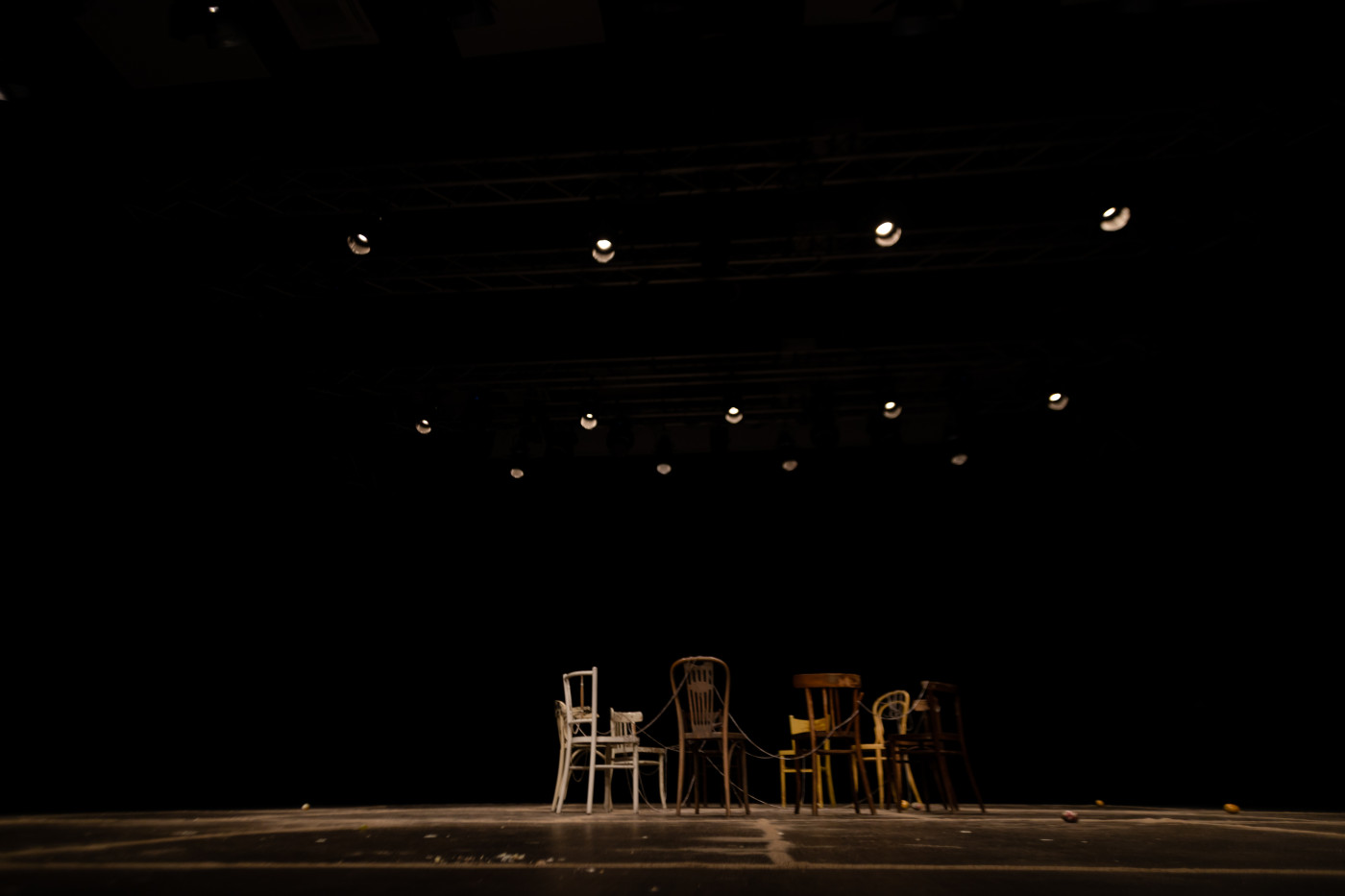 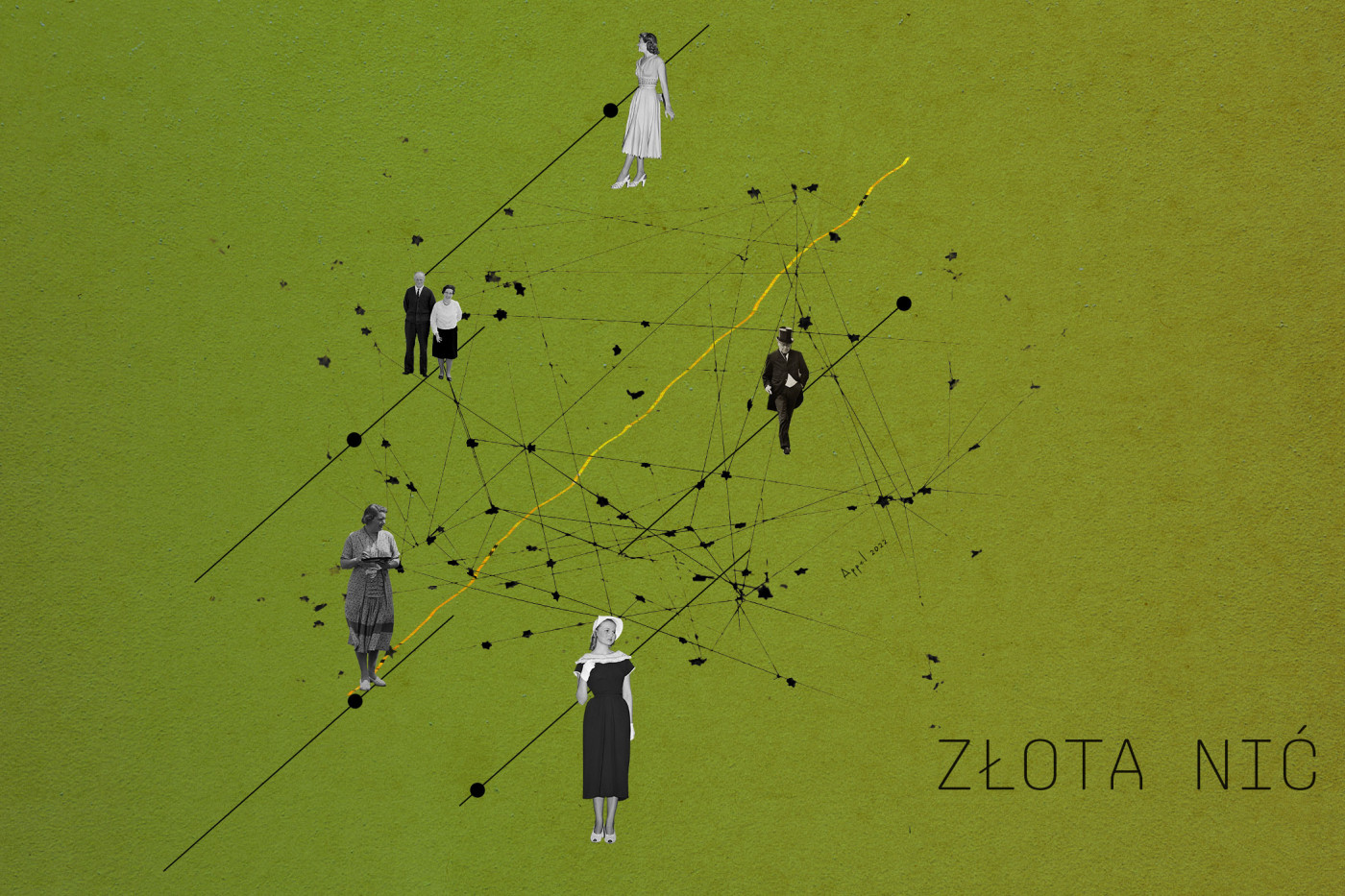 Admission: free, prior booking of free-entrance passes is required

Performance will be interpreted into Polish Sign Language (PJM)

“Gold thread” is not a performance. It is a meeting of people who are separated by a generation gap. It is a meeting about relations and how scratches and cranks in our lives shape us anew and get noble shades. It makes us stronger and prettier. There is nothing wrong in evanesence, it's a natural part of our life. Some of us, wishing to become more perfect, struggle every day with continuous challenges. When we trip over, when we fall apart into million pieces, it is the ‘’gold thread” that helps us to stand up again, to glue back again. We can learn and become anew, with a new experience, with a new gold binder. We are trying to discover our heart, soul of the universe, however, sometimes such a drive after invisible aim, causes a fall. Too fast, too easy…

Janusz Adam Biedrzycki - actor, dancer, choreographer, director, theatre instructor and coach. A graduate of the Faculty of Humanities, specialization: Cultural Studies, Folklore and Ethnology, Theatre Studies and Film Studies at the University of Maria Curie-Sklodowska in Lublin. A graduate of Cultural Management at the Institute of Theory of Literature, Theatre and Audiovisual Arts of the University of Lodz. Co-founder and member of CHOREA Theatre Association. Graduate of 'Educator in the theatre' course, organized by the Zbigniew Raszewski Theatre Institute in Warsaw. Awarded with the scholar of the Ministry of Culture and National Heritage in 2010 and 2014 and scholar of the Office of the City of Lodz in 2013 and 2017. Co-author of a textbook titled "Actors physical training. From individual to group actions" (2015), developed in cooperation with the Leon Schiller National Film School in Łódź with the support of Music and Dance Institute. Theatre leader and workshop instructor in the international educational project „TAKE OVER: Seeing young audiences through young people’s eyes” (2015-2017), within the framework of the European Commission’s programme of “Creative Europe” with the participation of British Council. He collaborates with: neTTheatre in Lublin, Pinokio Puppet and Actor Theatre in Lodz, Cinema Theatre in Michalowice and Kana Theatre in Szczecin, Kerning Theatre in Minsk, Earthfall Dance Company form Wales, Teatr Limen in Warsaw, Teatr „A3”, occupational therapy workshops in Świdnik, Social Integration Association, J.J.Lipski University of Science and Technology in Teremiski, Academy of Arts and Culture in Osijek (Croatia), University of Warsaw (Theatre education), Poleski Ośrodek Sztuki (Erasmus+ international project, B.I.G.D.E.A.L.), Butoh master Kan Katsurą (Japan), choreographer and dancer Robert Hayden (USA), and director Dara Weinberg (USA). He has been continually running The Youth Theatre Group under the auspices of CHOREA Theatre since 2014. Experienced in leading theatre and dance workshops all over Poland and abroad. Co-choreographer, co-director and actor in performances: "Roosters, badgers and other goats" (2010), and "Fall - PsychoSomaticGaym" monodrama (2010). Creator and producer of the series of workshops completed by the "The Ugly" performance (2013), created with the participation of youth at the risk of social exclusion. Creator, director and producer of "Vidomi" project and "Vidomi-Continuation" project, which was a series of dance workshops with the participation of blind and visually impaired people, completed by two performances "Vidomi" (2014) and "Darkness. What is hidden" (2017). Originator and director of the performance „The Hive. Secret social life” (2018), created within the framework of the theatre workshop series for the blind and people with visual impairments. Co-creator of the choreography of the performance "Hamlets Case Study" (2017), directed by Waldemar Raźniak and created in cooperation with Teatr CHOREA and National Academy of Dramatic Art in Warsaw. Director of performances: "Right here. Right now" (2019), and “iGeneration?" (2020) performed by the youth theatre group. The project originator and coordinator: „Jak w ulu!” (the series of educational and integration, interdisciplinary workshops organised for the blind and people with visual impairments as well as young animators from the Łódź area, 2018), and three editions of “Laboratorium Kreatywnego Działania” (the series of interdisciplinary training sessions and workshops on theatre studies for teachers, cultural animators, senior citizens and youth, 2019, 2020, 2021).

Wiktor Moraczewski -cultural and theatre expert and teacher, graduate of Cultural Studies and Theatre Studies at the University of Lodz (Theatre in Contemporary Culture, Department of Drama and Theatre). Between the years 2014-2017 he cooperated with Górna Culture Centre in Lodz, where he co-organized, participated and developed Polish and international projects - like 'Radar' (2017), created by a method of Sensory Labyrinth Theatre, of which he is a certified instructor. He gained experience and an European certificate in this field by participating in international theatre project 'Ritual Beyond Roots' held as part of the Erasmus+ program in Romania, and during international projects like 'Calypso - il teatro per il sociale' in Italy. Between the years 2015-2018 he cooperated with the Foundation - Theatre Institute of Mieczysław Hertz in Lodz. In 2016 he was adapting the text and creating dramaturgy for a performance of Anna Cichy-Fatyga 'Towards a Big Sea', directed by Jacek Orłowski. His involvement with the Institute spanned onto the preparation of the photo exhibition entitled “7.15 p.m.” within the framework of ”"(m)Łodzi” project. The exhibition was part of his BA dissertation („Teatr 7.15 of Grand Hotel in Łódź. Project description”), written under the supervision of professor Małgorzata Leyko. The dissertation covered the history of theatres located in the Grand Hotel of Łódź. The second part of this exhibition was presented in Art_Inkubator in Fabryka Sztuki duringThe National Theatre Festival Perspektywy 2017: Theatre - the avant-garde in action, and also during the 3rd Congress of Polish Theatre Studies Society. Has been working with Teatr CHOREA in Łódź since 2017 on various artistic, educational and social initiatives. And so he dedicated his MA thesis to this theatrical group (“Fifteen years of Teatr Chorea. The operation between the years 2004-2019”). He was the scriptwriter of the following performances staged for CHOREA Theatre: "Darkness. What is hidden"(directed by Janusz Adam Biedrzycki and Magdalena Paszkiewicz, created with the participation of youth with visual impairments, 2017), “The Hive. Secret Social life” (performance meant for children, youth and adults, 2018), “iGeneration?”(the performance with the participation of Youth Theatre Group, 2020). As an directors assistant and actor he participated in the performance of “Tragedy of John” (production of CHOREA Theatre and Warsaw Theatre Association, 2018, directed by Waldemar Raźniak). He was also an animator at the theatrical and literature workshops within the framework of “Jak w ulu!” educational and integration project (CHOREA Theatre, 2018) “Laboratorium Kreatywnego Działania” educational project (CHOREA Theatre, 2019, 2020, 2021). In his role of a theatre teacher he has cooperated with pre-schools and schools of the Łódź area. Between the years 2019-2020 he cooperated with the Teachers’ Club in Łódź where he conducted classes in theatre and literature studies meant for teachers. Since the beginning of his studies he has been very active as a critic of festival magazines published during the following theatre events: Łódzki Festiwal Szkół Teatralnych and Ogólnopolski Festiwal Teatru Młodych „Dziatwa”. He published his texts in the following Łódź newspapers - “Kalejdoskop” and “Dziennik Łódzki”. He is the co-author of the publication on 15 years of CHOREA Theatre.