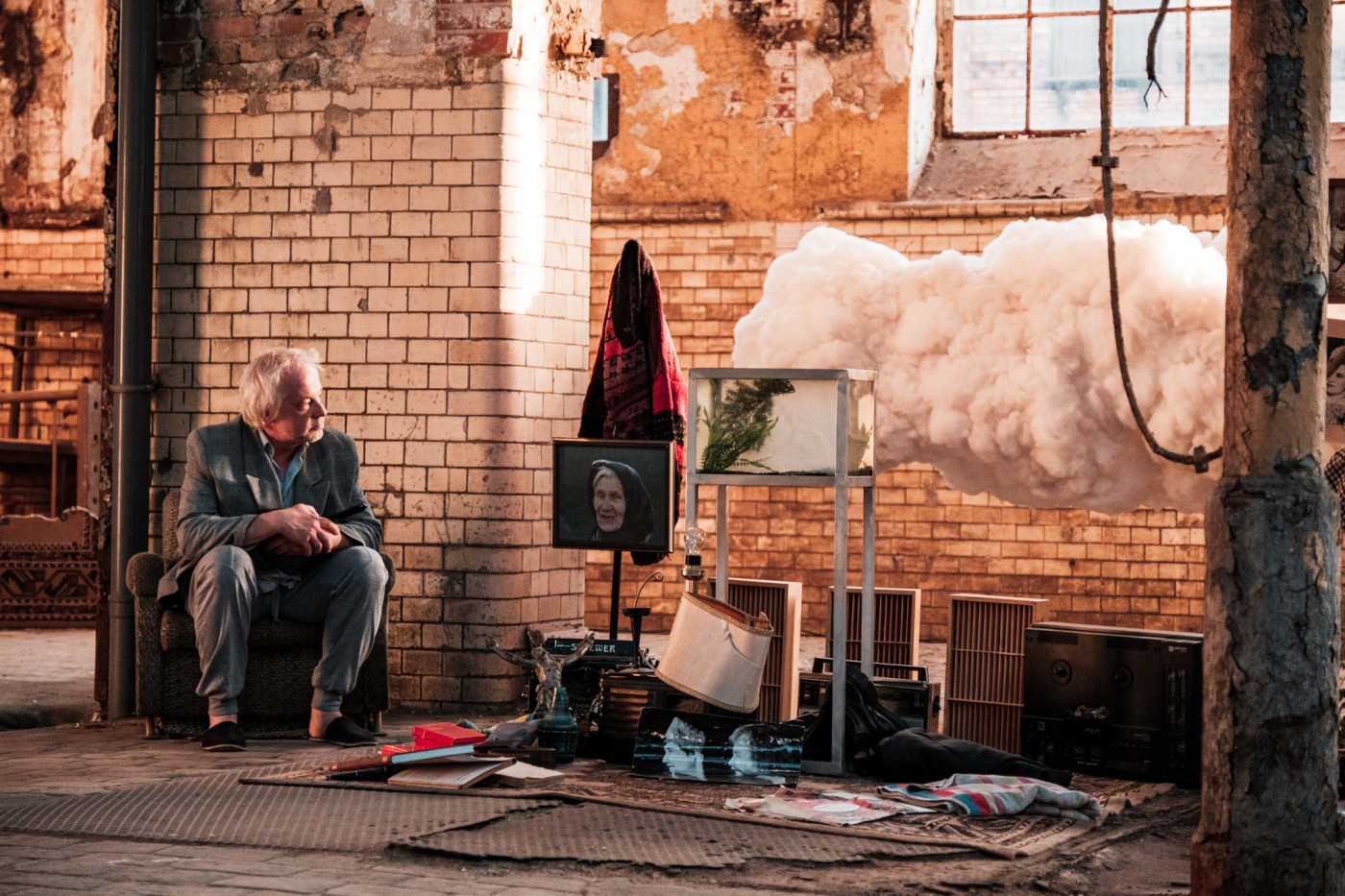 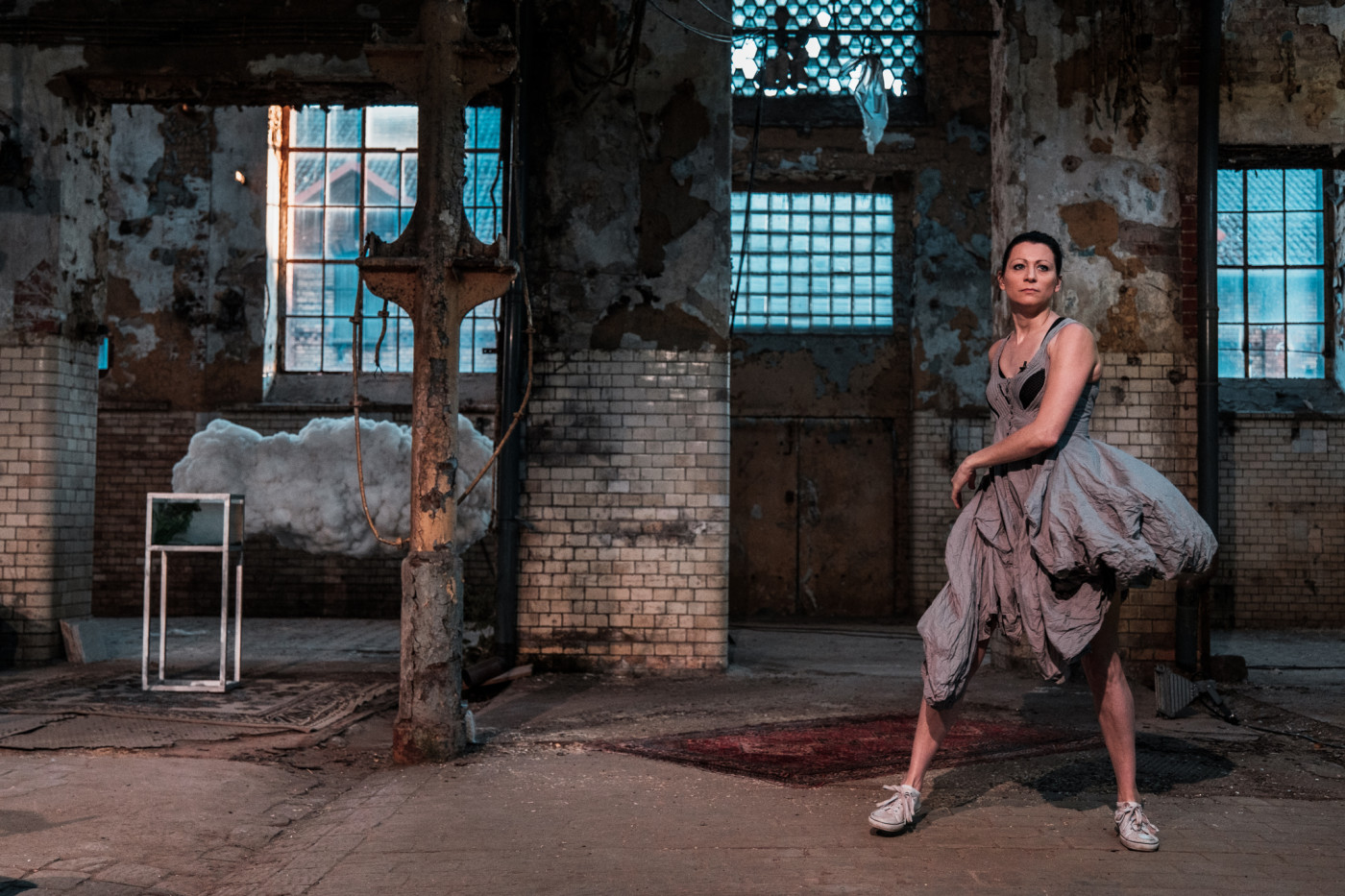 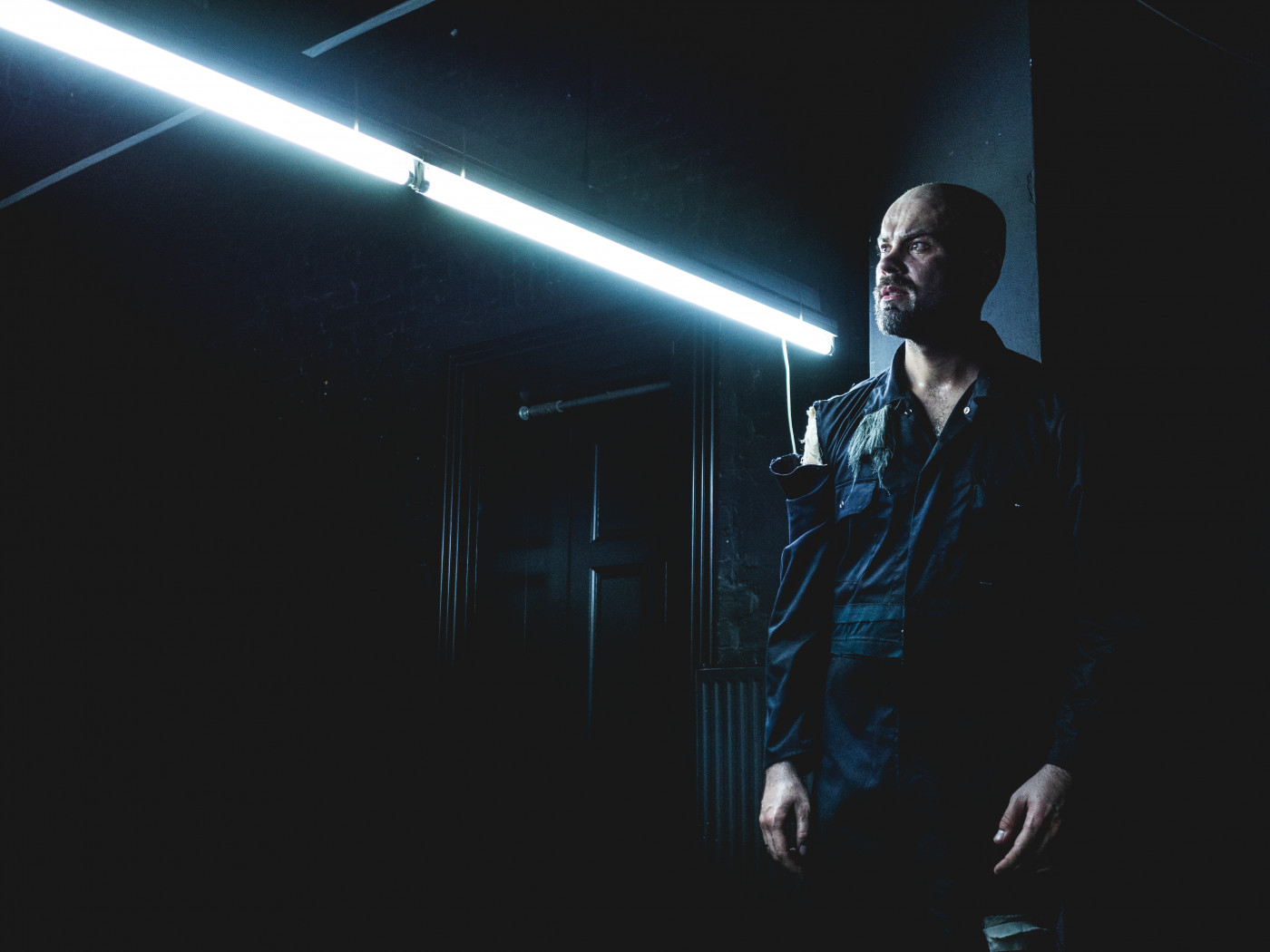 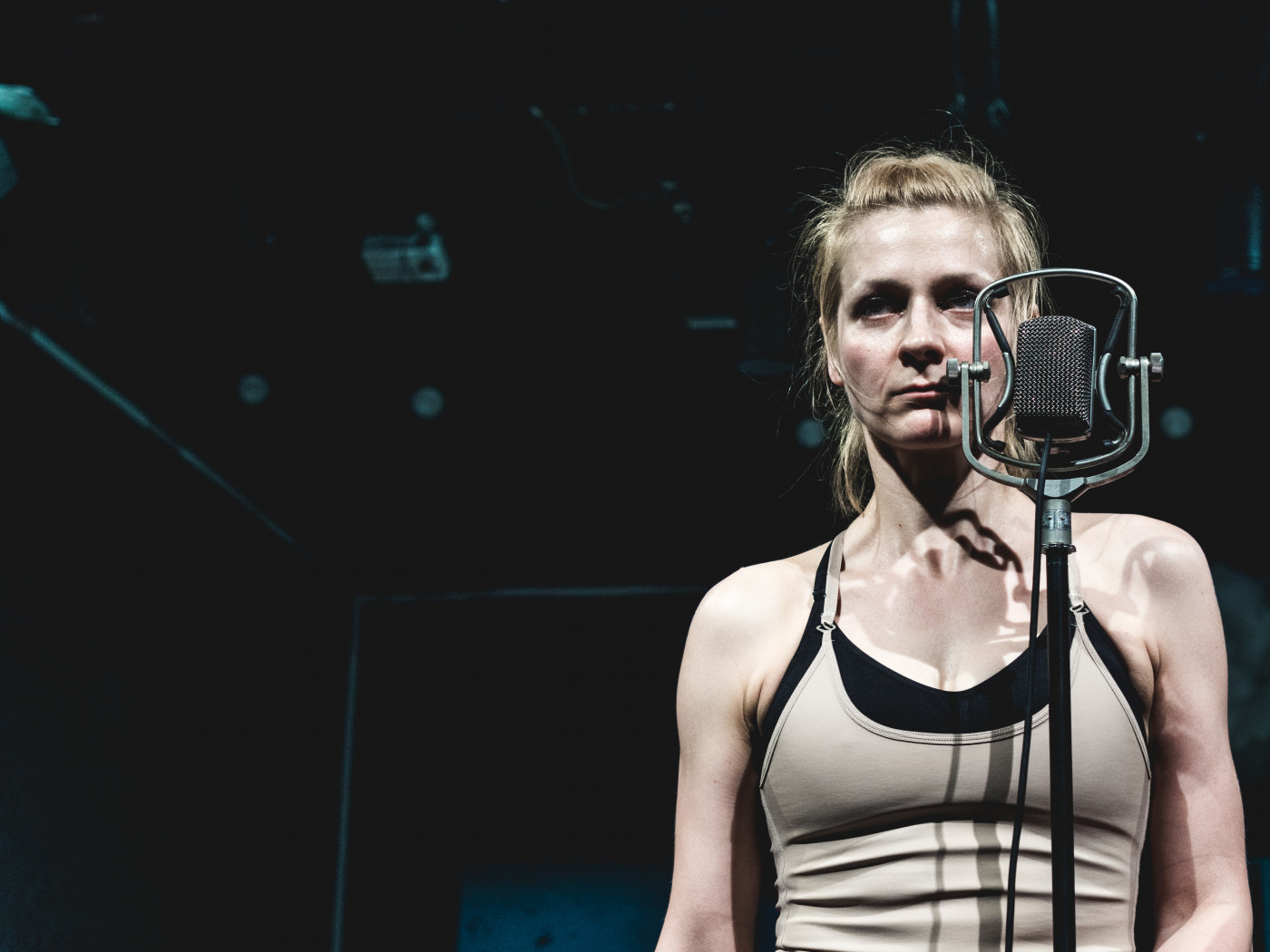 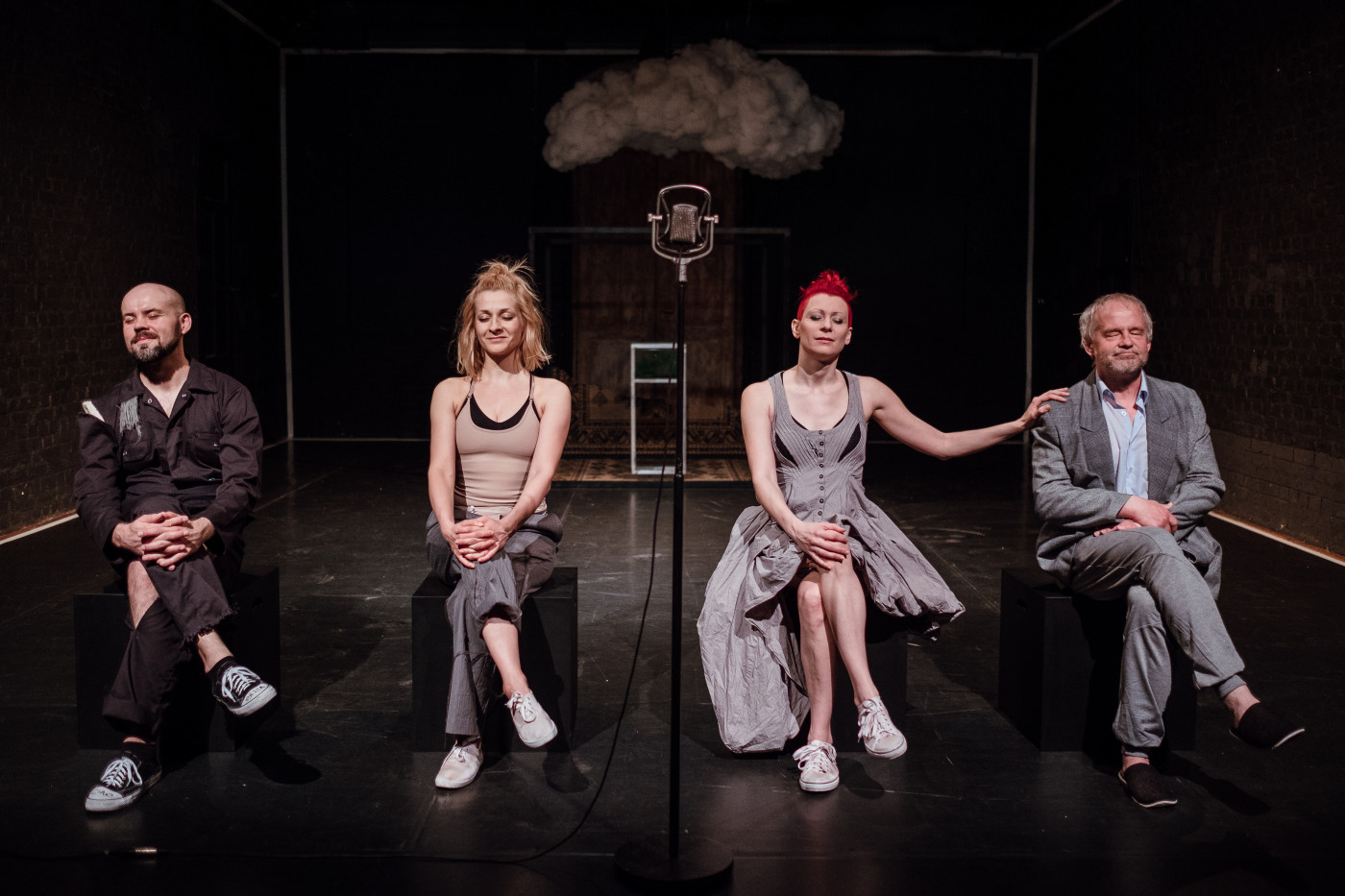 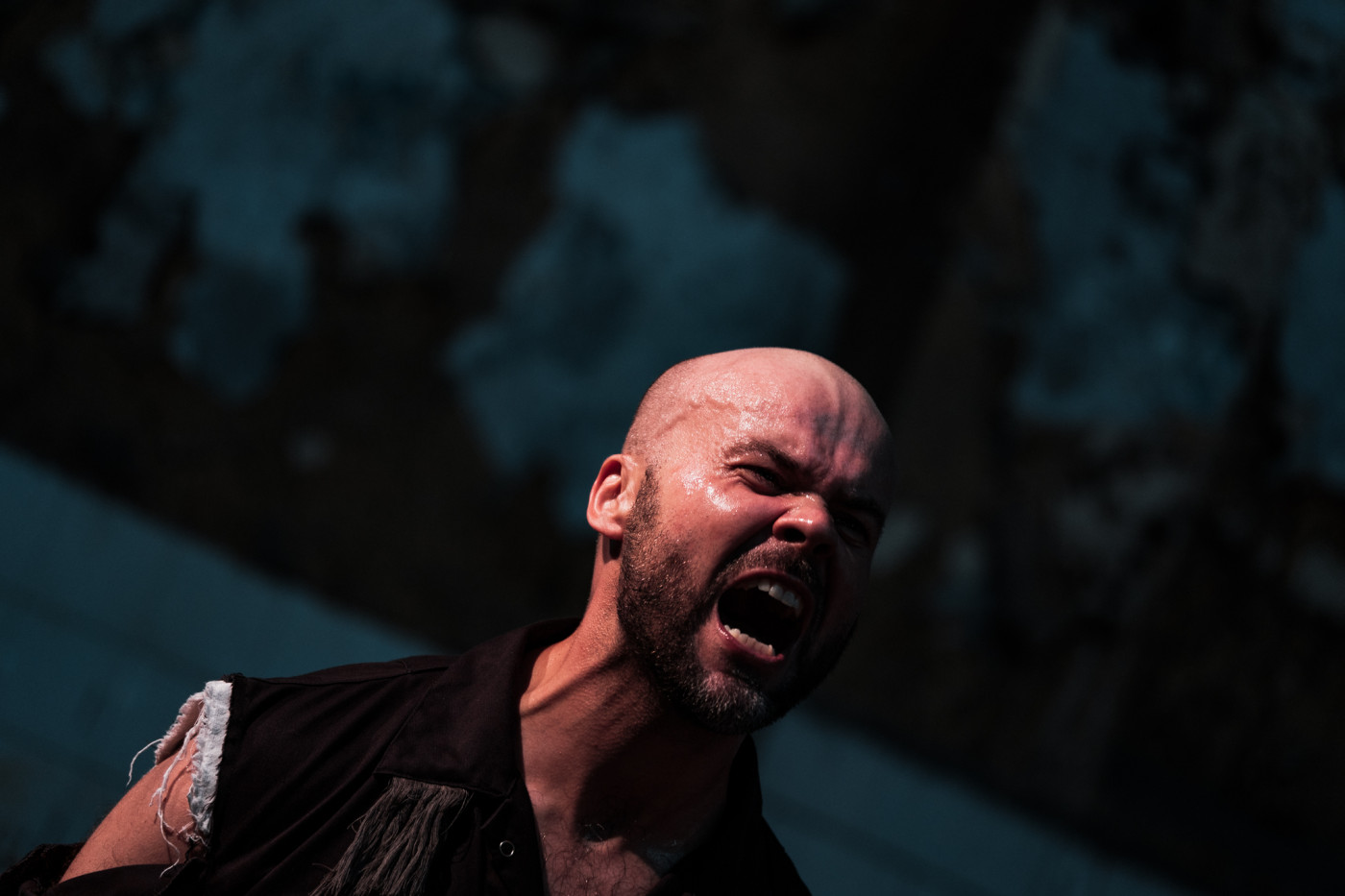 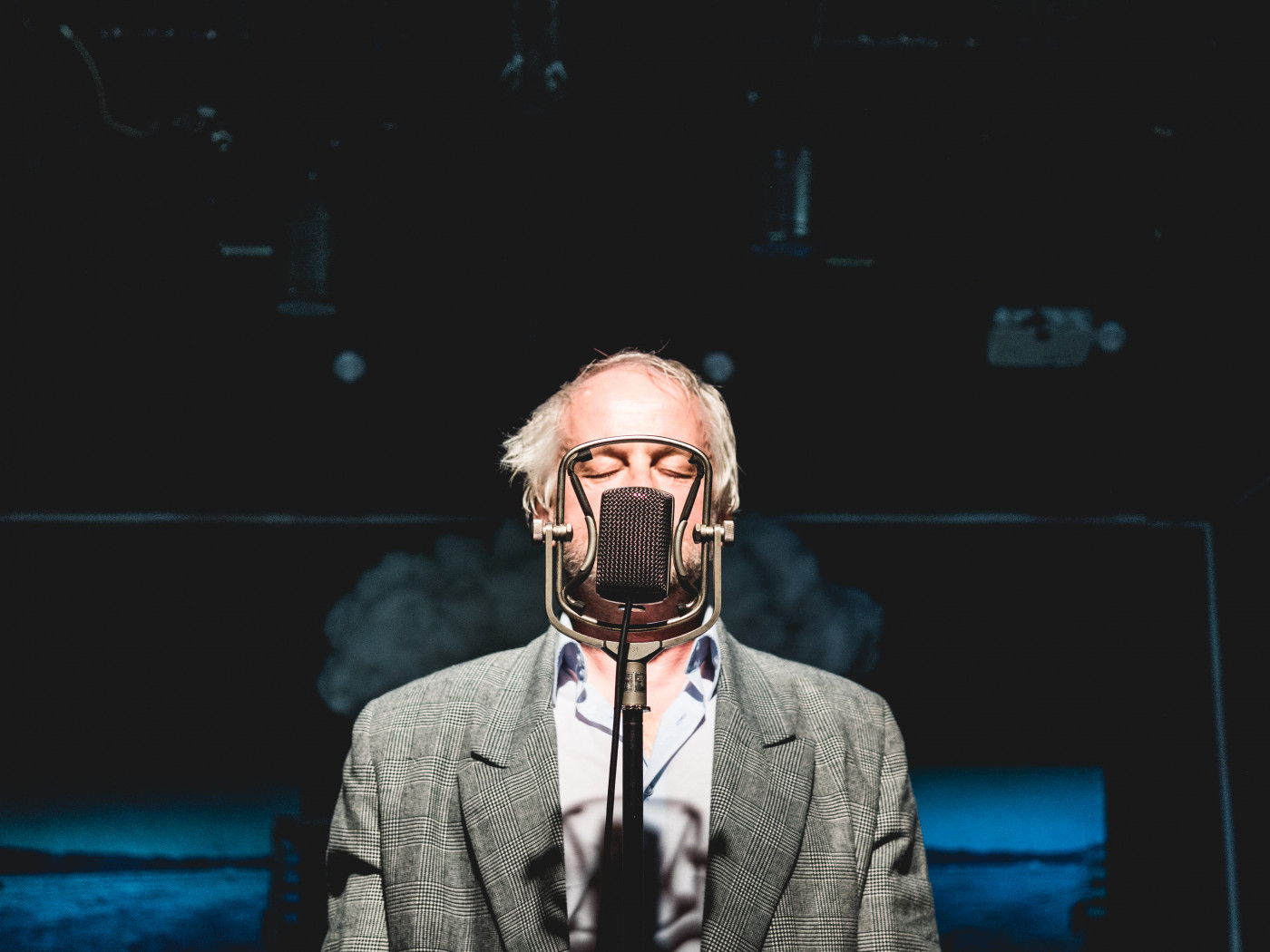 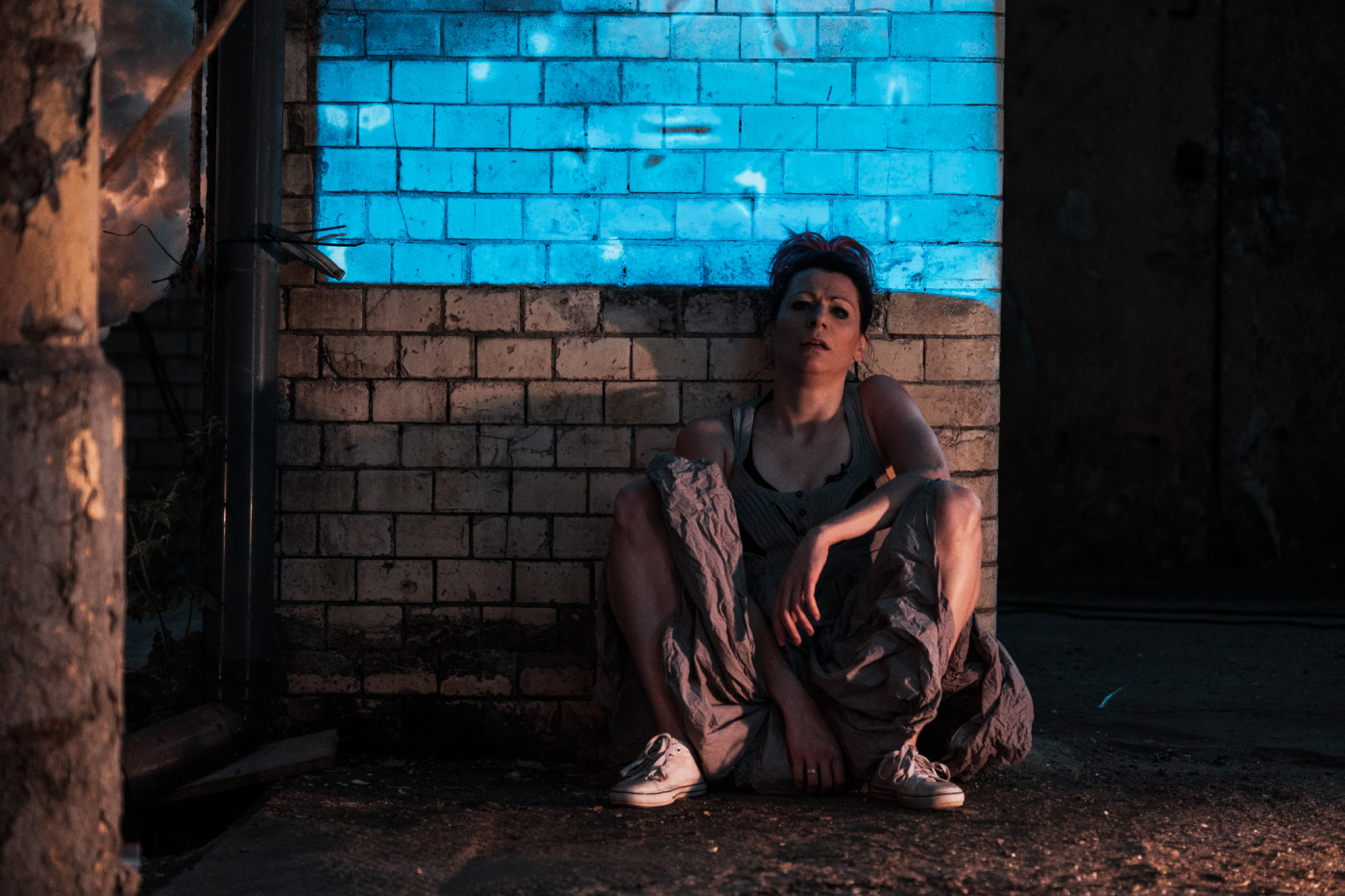 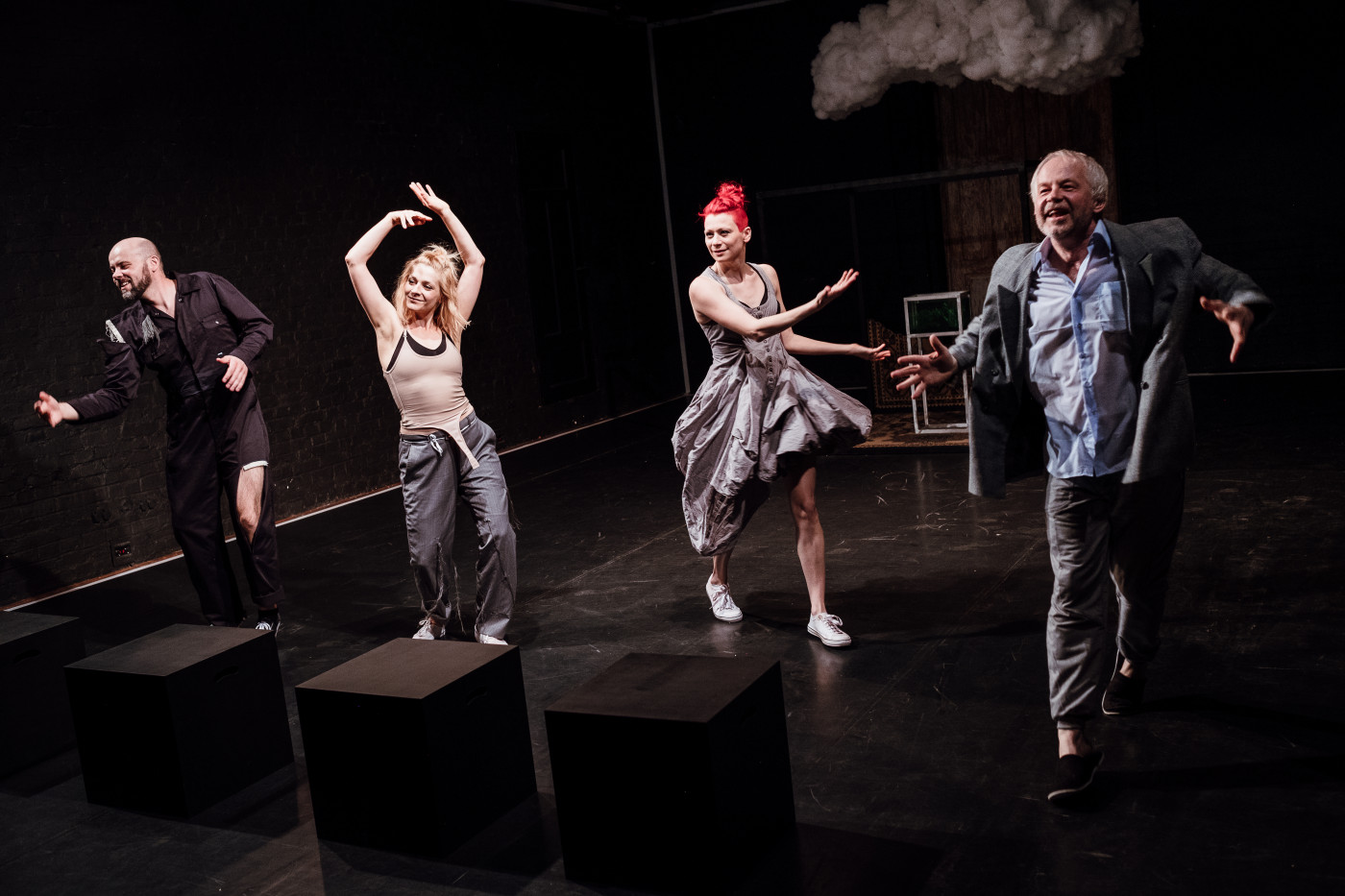 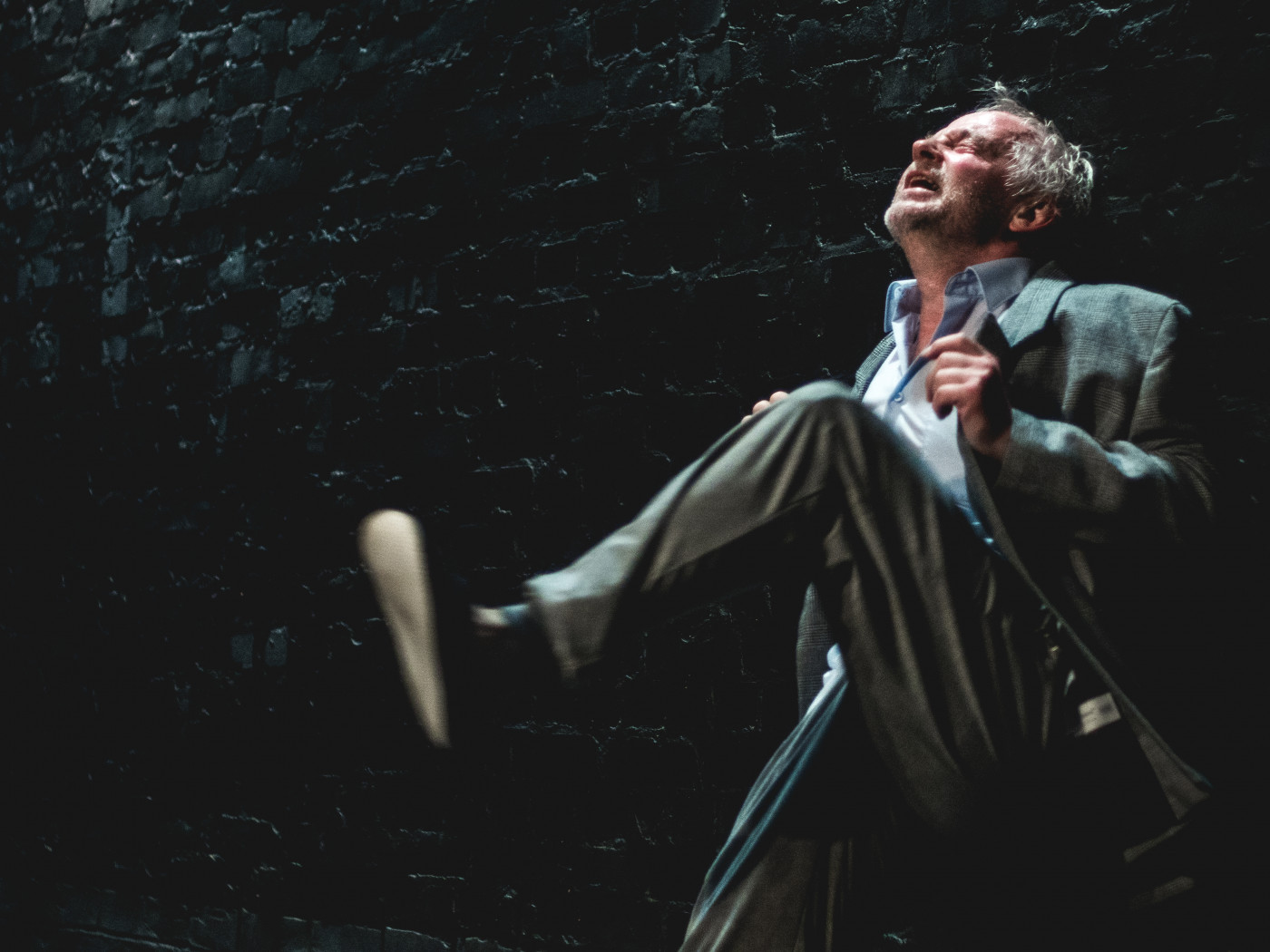 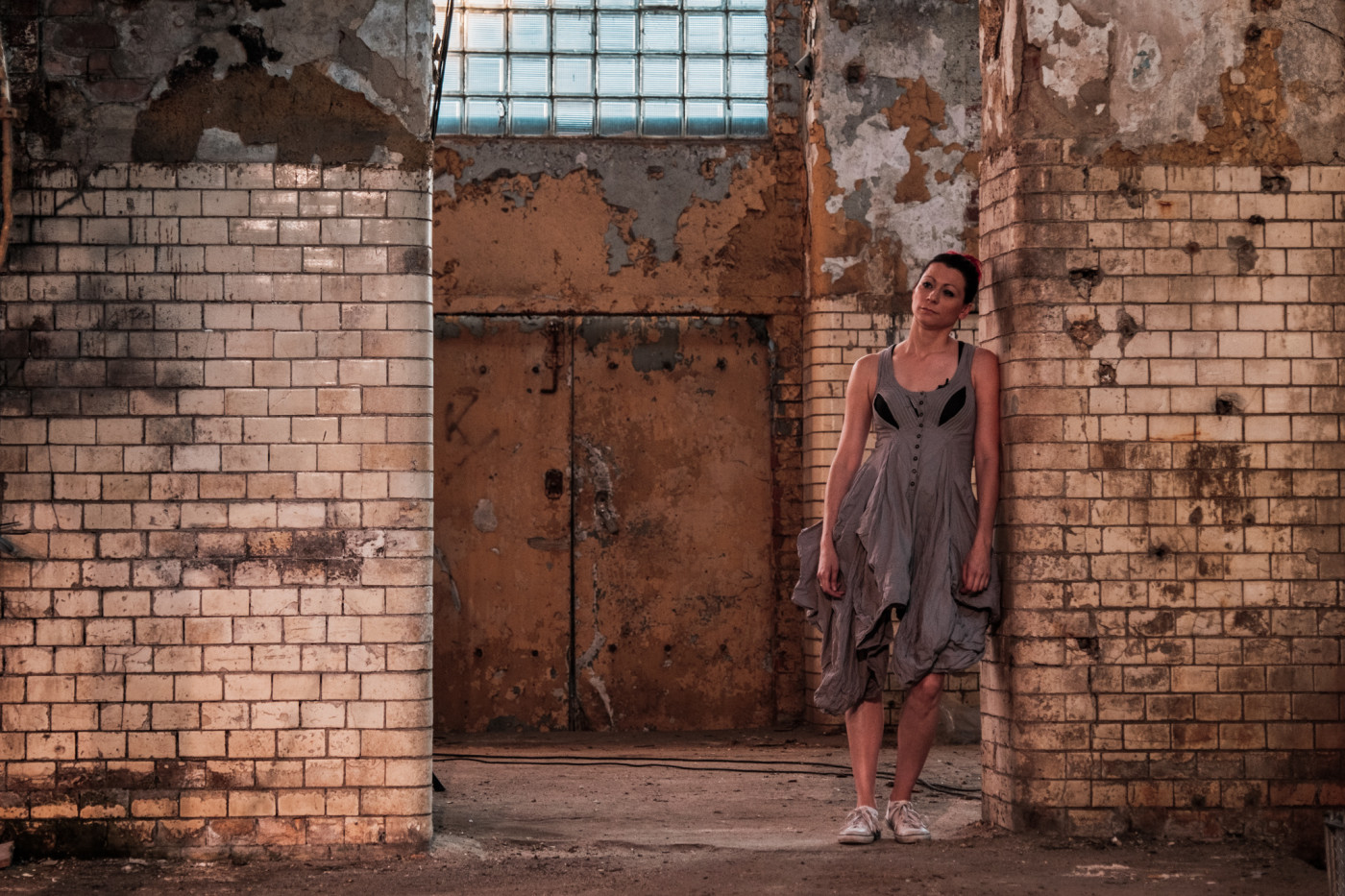 Homepage / Events / Performances / Population density. The story of an explosion

Population density. The story of an explosion

Performance „Population density. The story of an explosion” (Poland)

Based on “Chernobyl Prayer. Chronicles of the Past” by Svetlana Alexievich

Adaptation of the text: Krzysztof Popiołek

“Population density. The story of an explosion” of Kana Theatre is a narrative about the mechanisms of memory and the attitude of humans to the past. It tells about the catastrophe of the Chernobyl nuclear power plant in 1986. Recalling the experience of the drama of thousands of people described by the Nobel Prize Winner Svetlana Alexievich - the drama that occurred just behind the eastern border of Poland - Kana’s performance is an attempt to understand the human condition after the explosion, after the war, the apocalypse, the catastrophe. It is an attempt to answer the question: How to restore one’s life? How to draw positive, constructive conclusions from a tragic experience? The story, told on stage by several voices, in the likeness of a choir, investigates the condition of the world and human psyche after an explosion - psyche of a man crushed by the burden of a difficult past and existing in a cloud of images and sentences-memories that stuck to him during a long journey, and which he has brought with him here and now.

Protagonists of Alexievich’s tales are lost in time. They are cracked and inaccurately assembled, they constantly compare themselves-now and themselves-in-the-past, yet they are able to see the things penetratingly. The problem is that their view is an Orpheus-like: he looked backwards, they look into the skull, into themselves. Their eyes meet the ruthless gaze of Medusa, the lost time which threatens to return. They are afraid that although the past has gone and it is already unrecoverable. Their bodies cooled long time ago, their heads are still drying after the dance of the last day of the summer - in the world before the explosion. Once a head used to sweat out, nowadays it sweats in. Moreover, there is a fear that the past may become the future again. These people became carriers of trauma, sensitive to catastrophe. They are prophets of new threats. The stage choral tale explores the condition of the world and the psyche of a human being after the explosion, a human being crushed by the burden of the difficult past, functioning in a cloud of images and sentences attached on the way and brought here and now.

The performance is a tribute to the victims who died in the explosion of the Chernobyl nuclear power plant. The script is based on a text by Nobel Prize winner Svetlana Alexievich. The scene in which we use the musical piece "Iron Sky" is a situation in which the characters of the stories reach their limit moment. They are reminded of the past, cruel memories, and in order to get rid of it, they lose themselves in a "madness" dance, to get tired and stop remembering. This dance allows you to invoke the will to live, at a time when there is a threat that life will end prematurely. This music is important to us, thanks to the emotional layers it contains, it allows us to reach extreme emotions in terms of acting. This music is like a hymn that you want to sing to the crumbling world, it gives you strength to come back to life.

The performance won the first prize as part of the 12th edition of the International "Naked Theater" Award, Teresa Pomodoro in Milan.

The acting team: Bibianna Chimiak, Karolina Sabat, Dariusz Mikuła and Piotr Starzyński, was awarded with the ARTISTIC PRIZE OF THE CITY OF SZCZECIN for significant artistic achievements in 2021.

The performance became the winner of the Audience Award at TopOFFFest in Tychy.

The performance was nominated for the "Amber Ring" 2017, in the category of the best season presentation.

The performance was qualified to the final of the competition for the best performance of independent theatre in Poland.

„Motion appears when the characters cannot speak anymore, as if they were discovering that there are no words that could describe their experience. This crazy, individual dance is very physical, exhausting, as if the characters wanted to react with their exhaustion to what the words evoke. Their self-destructing dance is really shocking, perhaps because the flux of words - wise, right, terrible, and flooding us - at the same time make us immune to what they transmit? The Kana’s actors show the embodied desperation and despair, probably for this reason it reaches the viewer more directly...”
(Joanna Ostrowska, teatralny.pl)

„Formally, it is a collection of extremely personal monologues of the victims of Chernobyl. The monologues are brilliantly combined to make a rhythmic melody, with thoughtful framing devices such as gestures or repetitions. It was a very good idea to introduce a looped scene of an impulsive dance, which not only provide rhythm to the performance, but also acted as a needed pause, and perhaps - due to severity of the story - as catharsis, not only for the characters, but also for the viewers. The young director does not repeat the worn out stage devices belonging to the “reportage theatre”,the most recent fashion; he adds a new, fresh and expressive form to it. The performance is very sad, yet at the same time very cathartic (catharsis not only in the dance scene).
(Daniel Źródlewski, „Prestiż”)

„The production by Krzysztof Popiołek - the director and author of the adaptation - refers, in keeping with the character of the stage, to the good traditions of alternative theatre, in which important social and political problems took the form of a lively, open staging, with a collective protagonist and a passionate, topical message. This is what „Population Density” is like - an intense performance, full of motion and passion, and at the same time formally disciplined, in which individual voices combine to form a kind of a choir: of victims, but also of witnesses of the Chernobyl disaster - one could say: heirs to this unique tragedy. This collective story is not, however, limited by its experience. On the contrary, Popiołek and his team - consisting of four Kana’s actors: Bibianna Chimiak, Karolina Sabat, Dariusz Mikuła, Piotr Starzyński - tell us about an experience that goes beyond the nuclear power plant disaster in Ukraine. What is at stake is the experience of a catastrophe as such, inscribed in the recent history of our civilisation - wars, natural disasters (which are, by the way, the effects of human activity) - and the spectre of destruction hanging over it. Just like the post-explosion cloud suspended above the stage...
(Artur Daniel Liskowacki, „Kurier Szczeciński”)

Kana Theatre - operates in the following areas: popularization and promotion of culture in such aspects as theatre, performing arts, music, and interdisciplinary forms (with a special focus on artistic activities transgressing limits of particular genres, using various languages, searching for codes of communication with the audience beyond dramatic text and in the space of experiment); own artistic activity: work on their own productions, including performances, theatre-related projects, artistic and socially oriented action, as well as other forms of cultural activities; cultural education: exchange of theatre-related experiences and practices, programs of perfecting acting techniques, training artistic leaders and cultural animators, promoting knowledge about the theatre as a method of self-development, promoting experimental and alternative theatre, improving knowledge, techniques and skills of people interested in folklore and traditions of various cultures.
Kana Theatre continues the idea of the cultural centre formulated by Zygmunt Duczyński. The program of the Kana’s activities is based on the key concept of originality and personal aspect in relation to both particular artists and the artistic team: selection of topics, projects and areas of activity is closely related to both the range of interests (and research) of individual members of the team, and to the collectively worked out program line. This position makes it possible to maintain the continuity and progressive character of the accomplished projects.
In the area of education, activities linking theatre with social and socio-cultural issues (including research, artistic and documentary activities focused on local identity and related topics) are considered by Kana as essential. Kana Theatre also marks its artistic and cultural activity through participation in festivals and cultural events in Poland and abroad, collaborating with foreign partners, building networks of cooperation and integrating regional and national artistic milieu.
The most important current projects of Kana include: Studio of the Kana Theatre, The Bonds of Culture Festival, Okno-Zbliżenia Theatre Encounters, Wokół Tradycji [Around Tradition], Matecznik, Pobyt Tolerowany [Tolerated Stay], Scena Równoległa [The Parallel Stage] and the partnership projects: The West Pomeranian Theatre Offensive, Academy of Theatre Alternative, Caravan Next, EKDUS - cultural education for social skills.

Bibianna Chimiak - actress, singer, theatre instructor, art therapist. Since 1999 she has been working in the actors’ team of Kana Theatre. Vocalist and songwriter of the BIBIKINGS music group. A graduate of the Faculty of Philosophy at the University of Szczecin (her major was ethics and philosophy of humanity), a postgraduate of the University of Zielona Góra in the field of Music Therapy and of the State Secondary Music School in Szczecin in the solo singing class of Professor Iwona Górewicz. She made her debut on the stage as an actress and director of an experimental motion theatre named Teatr Jedenastu Snów (1997). She conducts theatre and art therapy workshops in Poland and abroad.

Karolina Sabat - actress, theatre instructor, culture animator, fitness instructor. Associated with Kana Theatre since 2004. She studied philosophy at the University of Szczecin (specialisation: ethics and human philosophy). She graduated from the Szkoła Pedagogów Teatru of the Zbigniew Raszewski Theatre Institute in Warsaw. She co-founded the "Głowa mała" theatre group, which, besides making theatre production, is focused on informal education of the youngest audience. For many years, she has been collaborating with cultural institutions and artistic agencies, co-creating concerts, music radio broadcasts and educational programs for children. She conducts her own theatre workshops in Poland and abroad.

Dariusz Mikuła - the Director of Kana Theatre Centre since 2007, the President of Kana Theatre Association between 1991-2007. The actor of Kana Theatre (since 1984). He performed in most of the productions conceived and directed by Zygmunt Duczyński (1951-2006) - the creator and founder of Kana Theatre. Together with Duczyński, he led the work of the Centre, implementing and coordinating numerous culture-forming, artistic and educational projects. He authored a series of unconventional sponsorship projects and formal solutions, that establish the Centre’s cooperation with local government authorities, foundations as well as with local, national and foreign partners.

Piotr Starzyński - actor, philosopher, singer, theatre instructor, language instructor, announcer, webmaster. Between 1993 and 1999 he attended the State Music School of the 1st and 2nd degree in Włocławek in the trombone class of Mieczysław Żelazko. At the same time he was involved in the mixed choir "Canto", a winner of numerous awards at all-Polish choir music festivals. He graduated from the Faculty of Philosophy at the University of Szczecin (specialization: social communication and philosophy of mind). He is a member of the Towarzystwo Miłośników Filozofii [Society of Philosophy Enthusiasts] affiliated to the University of Szczecin, and a co-founder of the "Corpus Hermeneuticum". Since 2004 he has been working in the actors team of Kana Theatre. Since 2006 he has been collaborating with CHOREA Theatre. He is a co-organizer of festivals and theatrical performances, scientific conferences as well as musical events and happenings. At Kana Theatre, besides acting, he coordinates theatre performances and artistic events, as well as is involved in promotional and advertising activities.