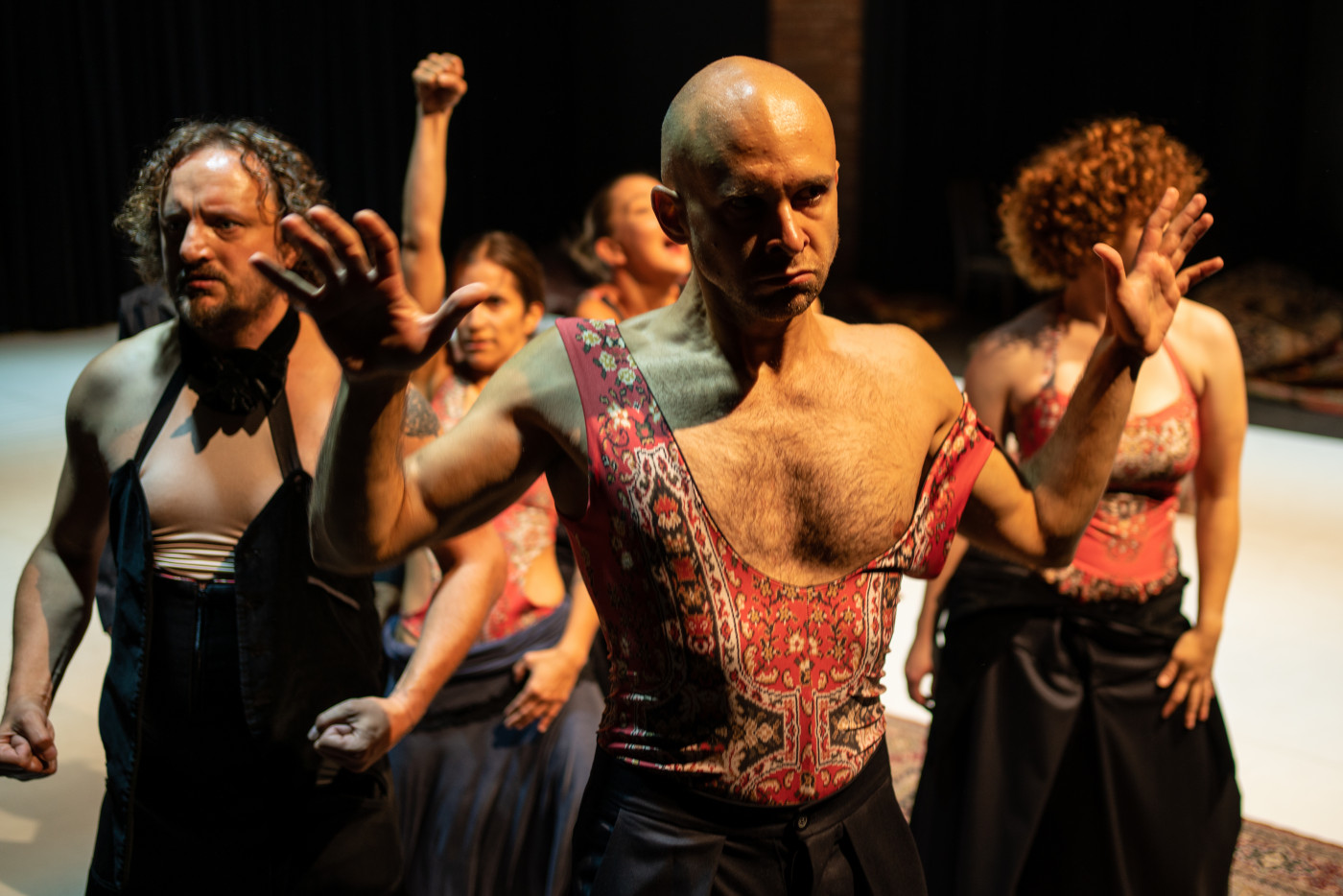 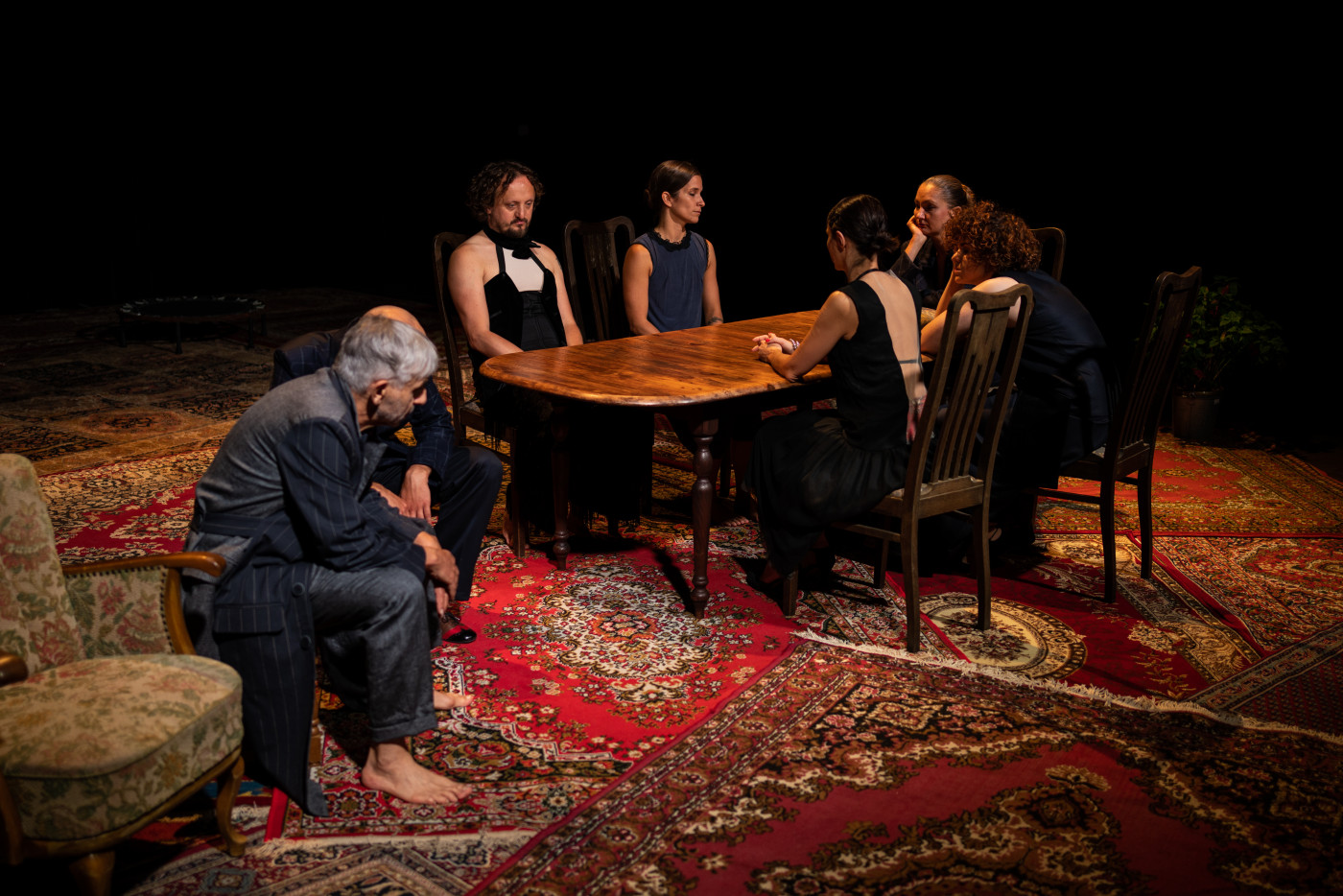 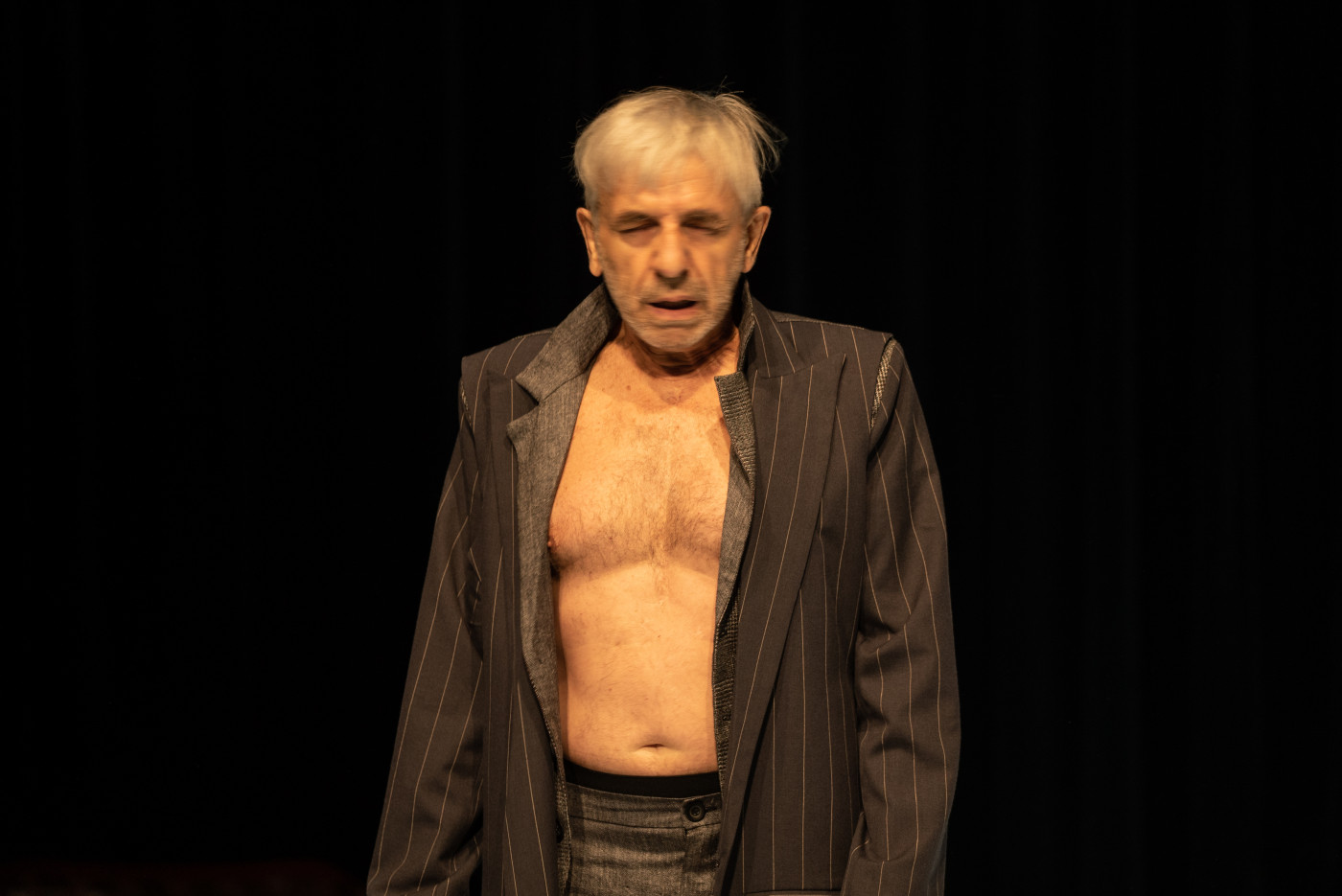 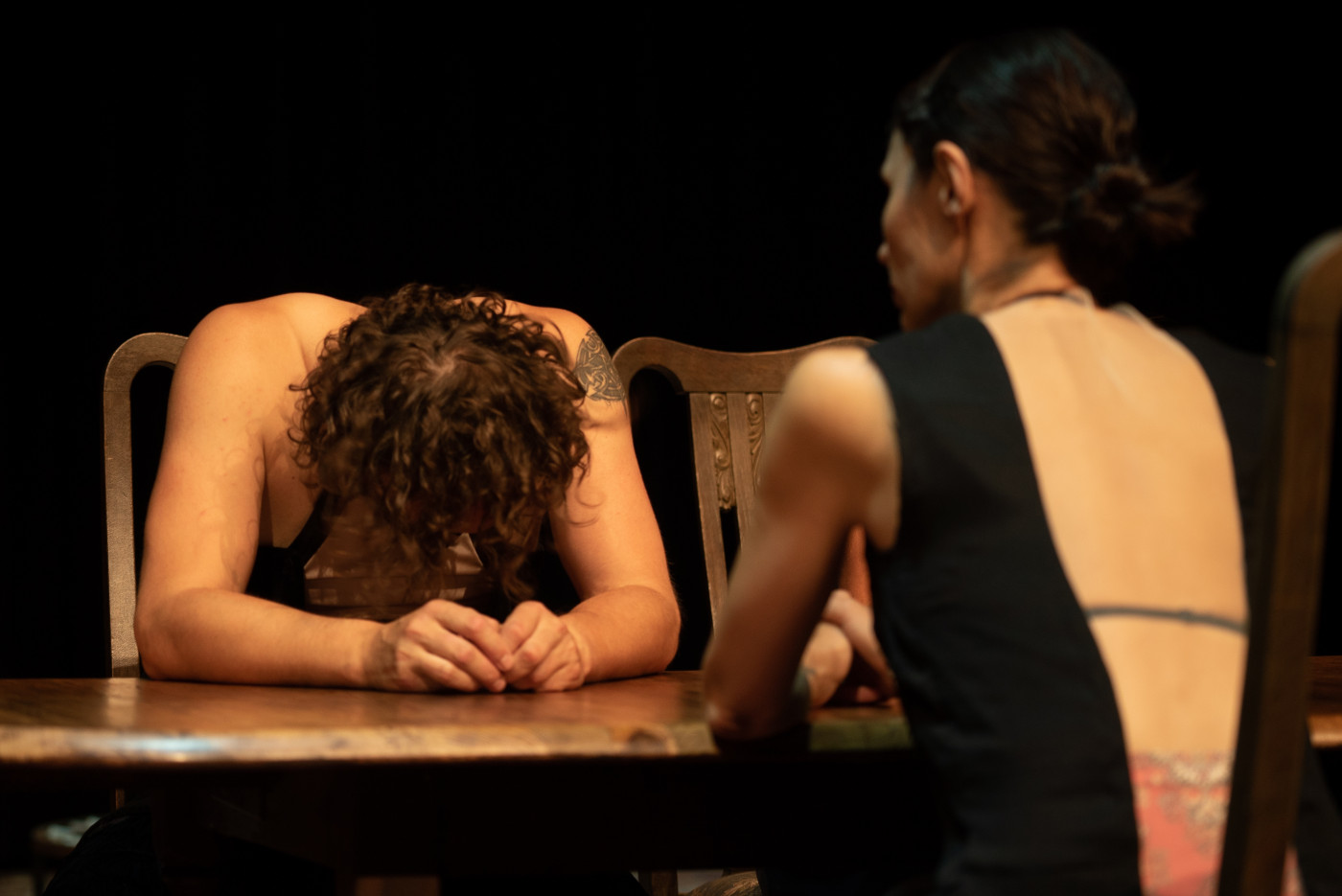 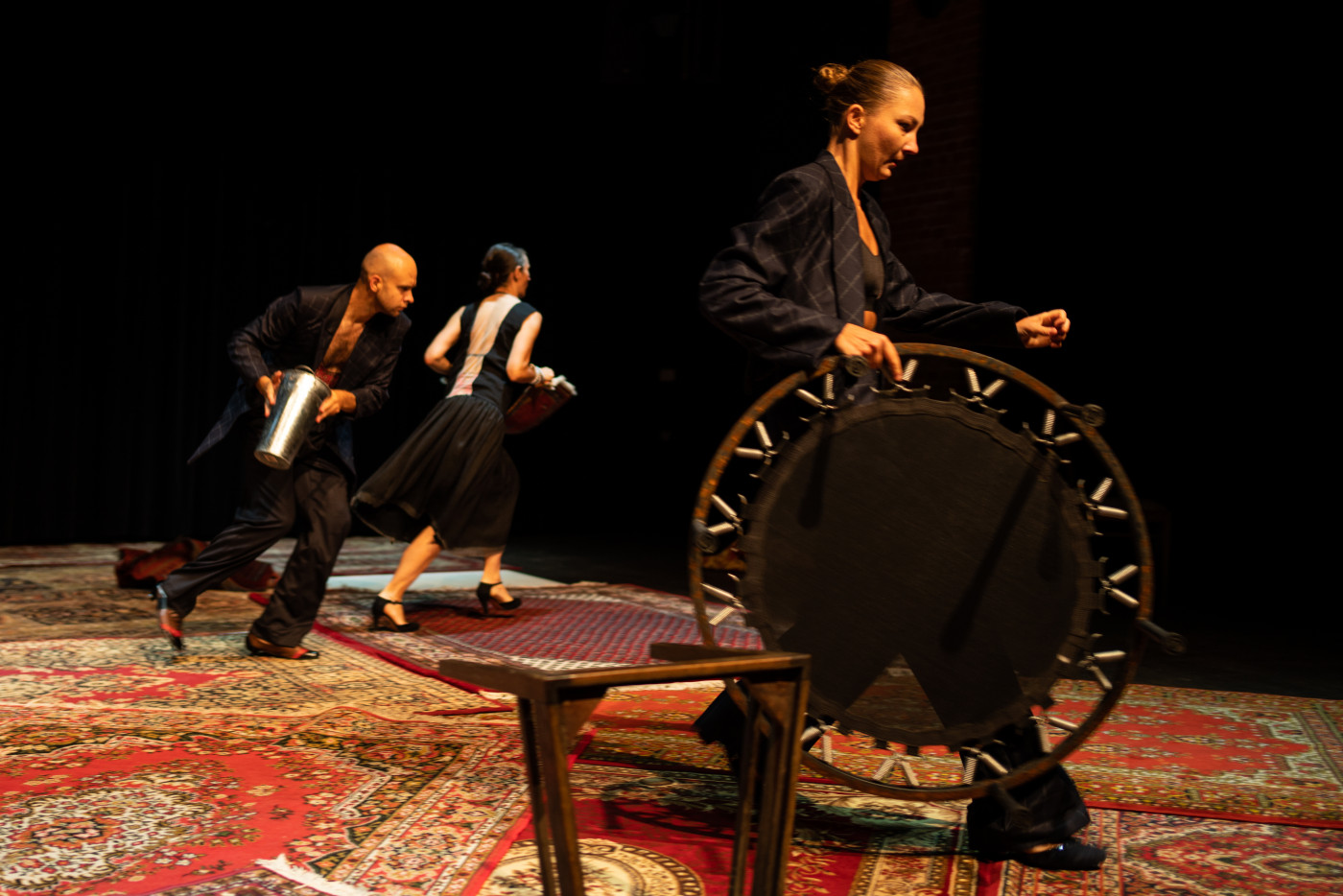 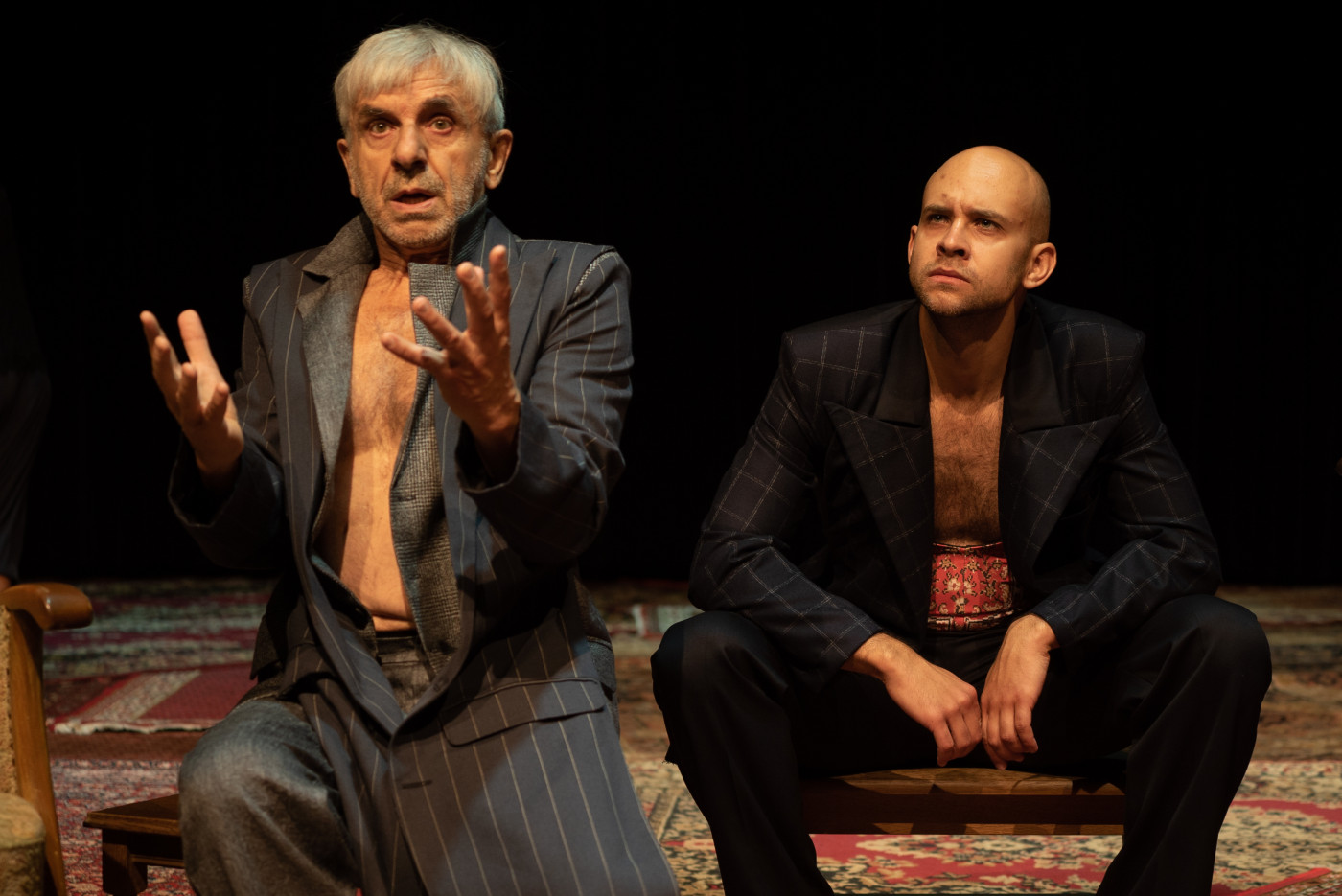 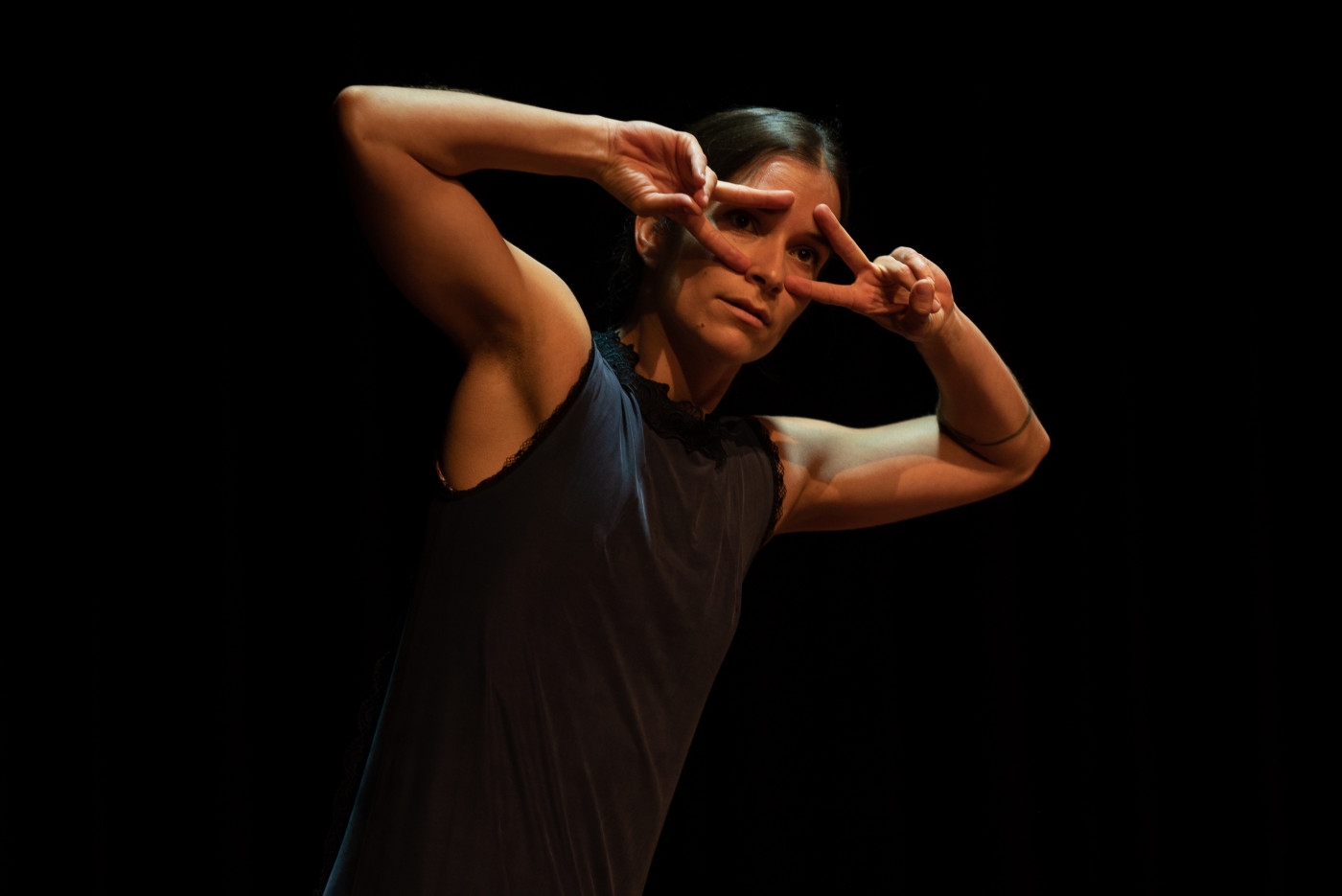 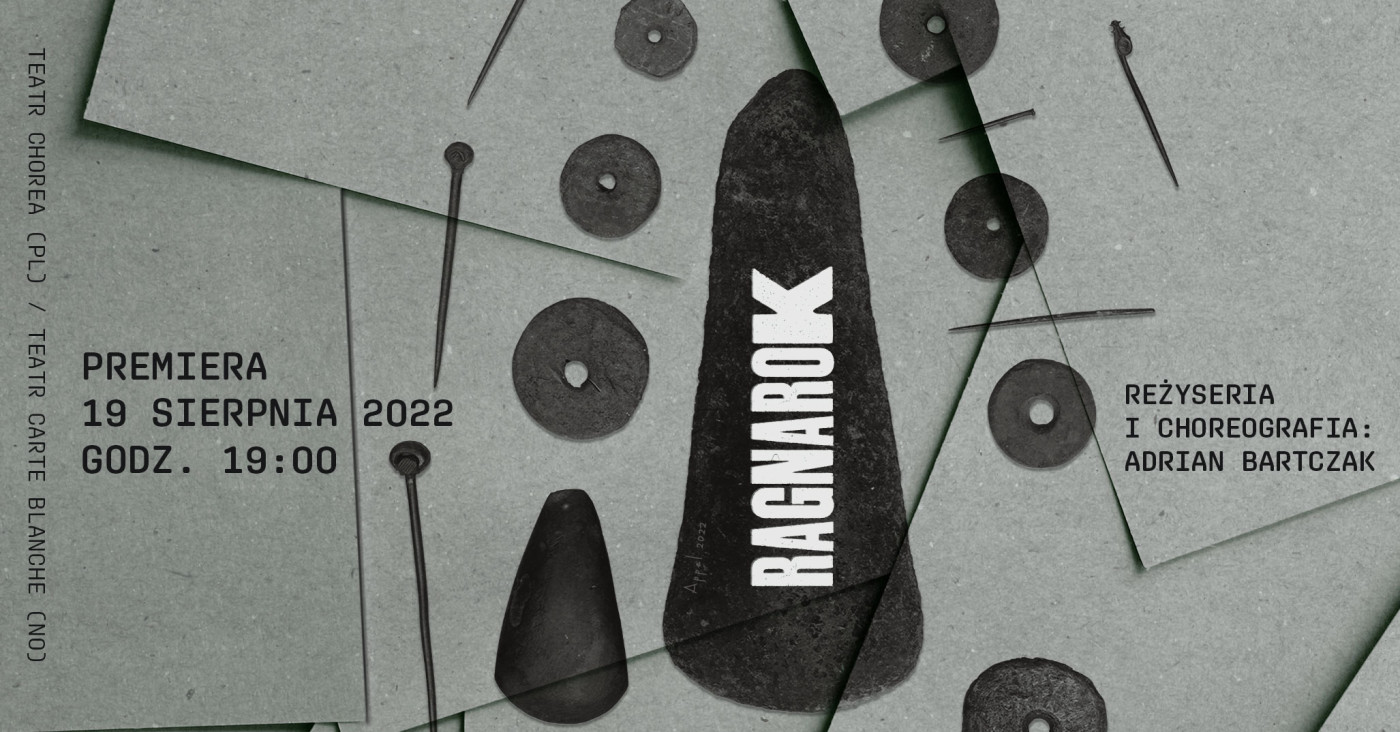 Arvo Pärt's piece "STABAT MATER", for mixed choir and string orchestra, from the CD "Pärt, A.: Stabat Mater", (in: Creator Spiritus, Harmonia Mundi Fr, 2011), is used in the performance. Performances are approved by Universal Edition A.G.

Admission: free, prior booking of free-entrance passes is required

Ragnarok in Norse mythology means „the twilight of the gods”, or simply the end of the old world and the beginning of a new one. However, the title of our performance is the only direct reference that connects it with the mythology. We felt that it might give another layer of interpretation for the audience, but at the same time we liked the fact that this term is so blunt with its meaning.

The show is about a new world. And here we wanted to dive into the problematics of humanity. Relations between people, connection with oneself, and representation of a society, but without certain roles or hierarchy.

We are working with the concept of liminality, which is focused on the „in-between” place, that occurs in the central phase of the rite of passage. The place, where the participants are no longer their old selves, but are not yet anything new. It is the ambiguous place of passing by. And we wanted the whole performance to be that place. A kind of distorted situation, a bit out of order or with some kind of tension and uncomfortable feeling.

Through the whole performance each actress and actor has hers and his own story and path, and through some crossings the relations are happening. We were trying to underline this loneliness, even if there are some connections happening. It is more about finding this specific performative state of carefully listening to myself - and through this tender and vigilant listening - to truly hearing the others.

Adrian Bartczak - born in 1988. Mover, teacher, choreographer. His education comes from various workshops and coachings. Adrian was taught by Krzysztof Skolimowski, Witold Jurewicz, Ray Chung, Christophe Jeannot and Jozef Frucek. He worked consistently as a freelancer since 2008. During this period he collaborated with Michał Ratajski, Tomasz Rodowicz, Robert M.Hayden, Sarah Shelton Mann, Rosanna Gamson, Minako Seki, Roberto Olivan, Jacek Owczarek. From 2011 on he was both teacher and choreographer in the Polish dance collective KIJO. Adrian has also cooperated with CHOREA Theatre since 2012. Since August 2016 Adrian has been part of Carte Blanche.

Marta Góźdź - El Bruzda - is a philosopher and clothing designer by education. Prizewinner of Off Fashion in Kielce, First Award at the festival of production and costume designers Vizuart 2013 in Rzeszów, ‘’Klasyka Żywa” and Gazeta Wyborcza newspaper. She is currently working in Poland and Germany.

Tomasz Krzyżanowski - is a composer, arranger, musician and singer. He is an author of music for dozens of theatre performances, concerts as well as films and other art projects. For 15 years he has been the music director of the CHOREA Theatre in Łódź as well as the Choir of the CHOREA Theatre. Performances with his music have been awarded several times, incl. the competition ‘’Klasyka Żywa” or The Best OFF. He is currently working in Poland and Germany.

Carte Blanche - The Norwegian National Company of Contemporary Dance. Established in Bergen in 1989 and with its home base in Studio Bergen, which is the company’s production facility and home stage, Carte Blanche tours in Norway and internationally throughout the year.  The ensemble consists of 14 dancers from all over the world. Each season, two to three new performances are produced in collaboration with new talents, well-known, and relevant choreographers. These and previously produced performances make up the company’s repertoire. Carte Blanche gives artists the opportunity to grow. The Norwegian National Company for Contemporary Dance creates an exciting and unique repertoire, which supports the company’s goal of being a forerunner for innovation, presentation and development of contemporary dance, both in Norway and abroad. Carte Blanche AS is owned and funded by the Ministry of Culture, Vestland County Council and the City of Bergen.

Performance created and presented in terms of „ACT IN_OUT” Project, organized by Art Factory in Lodz, in cooperation with CHOREA Theatre from Lodz and Norwegian National Company of Contemporary Dance - Carte Blanche form Bergen, thanks to a grant from Norway Grants and EEA. Working together for a green, competitive and inclusive Europe.

Project co-financed by the Ministry of Culture and National Heritage.

Project co-financed by the City of Łódź.